The best micro SD cards for your smartphone (2018) 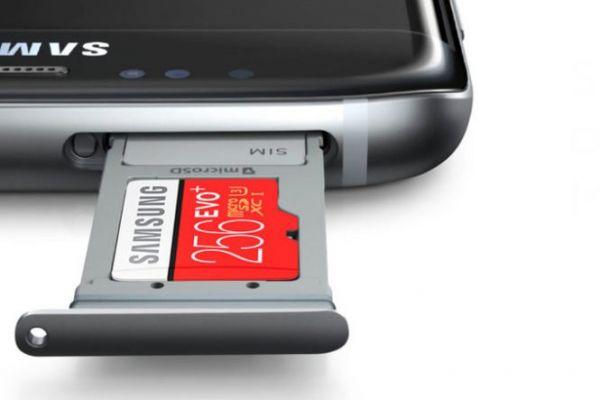 Le best micro SD cards for your smartphone. In 1956, IBM introduced the world's first hard drive. It was the size of a vending machine, cost more than a house, and could only hold 3,75 megabytes, about the size of a single song in MP3 format. Today, more than 60 years later, a smartphone can hold several thousand more data, but it fits in the side pocket of jeans. Ladies and gentlemen, technology has evolved!

Storage, however, is one of those things that our phones never seem to get enough of. They're burdened with large-format apps and offline music, high-resolution photos and videos.

That's why many smartphone makers, including Samsung, LG, Sony, and HTC, continue to allow memory expansion via microSD cards, even on their latest and best phones. Using these cards is an easy and inexpensive way to add space to your Galaxy S9, Galaxy Note 8, LG G7, LG V30, HTC or Xperia.

However, not all microSD cards are created equal. Not all of them can keep up with the read and write speeds that some tasks may require, such as 4K video recording or quick photo sequences. Additionally, microSD cards come in a wide range of capacities, which could make choosing the right one even more difficult.


So, we have decided to make your life easier by collecting all the best micro SD cards for any phone that supports microSD memory expansion.

The best micro SD cards for your smartphone

Available in a wide range of capacities, SanDisk Ultra it can provide all the space you might need on your phone. The largest offering in the series packs a whopping 400GB!

Sure, this particular model is also quite expensive, but on the other hand, the investment could be worth it: on this card you can have 120.000 high-quality audio tracks, 50.000 high-resolution photos or 13 hours of 4K 60fps video. . For users who don't need that much space, we have SanDisk Ultra to 128 GB it is the cheapest model of the series with a cost of around € 30.


Since the latest SanDisk Ultra cards carry the A1 logo, they are able to run Android apps smoothly - something few microSD cards can boast of. However, when it comes to write speeds, they aren't as fast as some micro SD cards we're going to talk about now.

Kingston Canvas React is the highest performing microSD card the brand has to offer for your smartphone, peaking at 100MB / s read and 80MB / s write speed. Better yet, the V30 designation indicates the card's ability to sustain the speeds required for high-framerate 4K video recording.

The card is available in sizes up to 128GB and offers a good balance of performance and cost, complete with a lifetime warranty.


SanDisk ExtremePlus, SanDisk's superior quality microSD cards offer read / write speeds of up to 100/90 MB per second and performance that allows them to work flawlessly with the latest high-end Android phones.


The A1 rating indicates that they are fast enough to work great with apps, while the V30 rating ensures they can be used for 4K video recording and photo sequences. However, they are a bit more expensive than other microSD cards and top "only" 128GB of storage.

Samsung offers a variety of microSD cards on the market and theEvo Plus it is the ideal one for high performance smartphones. Models with capacities greater than 128 and 256 gigabytes support high read / write speeds and offer plenty of storage space for multimedia files; the prices are reasonable.

It is sufficient to note that older models with lower capacities than Evo microSD cards proceed slower when writing data. Fake ones are easy to find too, so always keep your eyes peeled.

We hope we have been helpful in choosing between the best micro SD cards. Leave a comment below if you like!