Demon's Souls boss guide: how to beat the Referee

As for difficulty, the new remake di Demon’s Souls it has nothing to envy to the original work of From Software. The game world is infested with fearsome demons and treacherous traps, but the biggest obstacle for most players is the bosses. For this reason we have decided to create one Complete guide to Demon's Souls bosses and in this new episode we will explain how to beat the strange demon Referee.

Stock up on bullets

Let's start our umpteenth guide on how to beat Demon's Souls bosses talking about as usual how to prepare for confrontation with the Referee. This boss is very strange indeed, as he has the appearance of a giant fat with a very long tongue and a bird perched on the head. However, despite the funny aspect, remember that we are still talking about a demon, so be careful not to underestimate it.

The Referee is a very creature weak to magical damage, so the best way to defeat him is to rely on spells. For this reason, before starting the fight we suggest you stock up on spices, for the recovery of MPs. Alternatively, if you are unable to use spells, you can opt for melee weapons that deal magical damage. Also, if you are able to use the bow, we suggest you buy a good number of arrows, as you will need a lot in this fight. 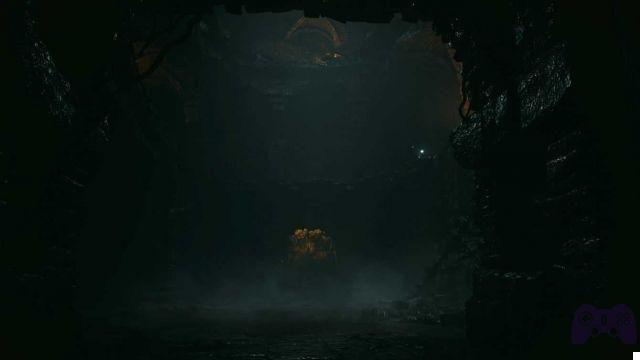 Watch your head - Demon's Souls boss guide: how to beat the Referee

As soon as you pass the fog of this boss you will immediately notice that the arena has a very particular conformation. You will initially be on one raised platform, while the boss will be a couple of floors below and you will only be able to see his head. While it appears that the Arbiter cannot reach you, you will still be in danger, as the creature is capable of stretch your tongue and hit you even while you are higher than her. The speed of this attack is very high, but if you are prepared, all you have to do is roll backwards to avoid it.


Once you get down to the ground floor, the boss will start attacking you with his big one as well cleaver butcher's. Attacks performed with this weapon are extremely powerful but also very slow, so you shouldn't have too much trouble avoiding them with a good dodge. In addition, before each physical hit the big bird on the boss's head will emit a very loud sound, helping you even more to anticipate the move. Just remember to pay attention to the direction the Referee is attacking as, should he hit one of the raised platforms, it could cause rubble to fall on you capable of inflicting severe damage. 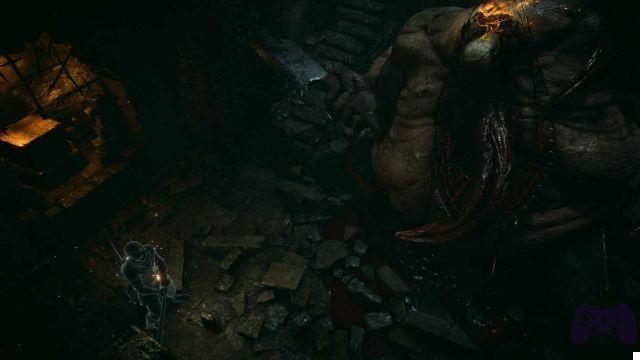 Where it hurts most - Demon's Souls boss guide: how to beat the Referee

If your character is unable to attack from a distance, then there is nothing left to do but go down to the ground floor and fight using your physical weapons. Unfortunately, however, the body of the referee is completely indestructible and any attempt to damage it will be in vain. The only way you have to defeat this boss is to repeatedly attack the large wound on his left side.

Once you hit this point enough, the Referee will fall to the ground in pain and you have a chance to damage his one weakness: the bird perched on his head. Using a two-handed physical weapon you should be able to inflict a lot of damage on it but, in case you want to maximize your DPS, we also suggest you buff yourself using the Turpentine or better still the whitish substance. Normally before you defeat the Referee you will have to drop him to the ground at least a couple of times, but with a high enough attack you may even be able to take all the HP off at once. 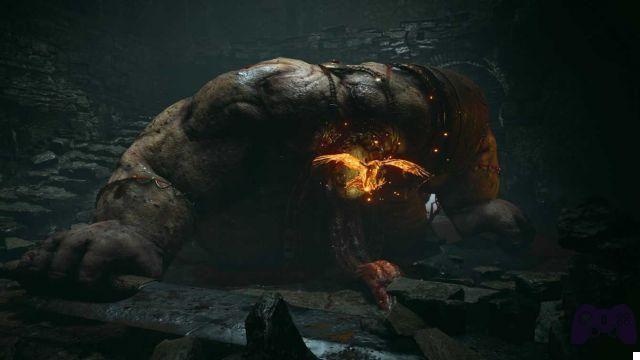 Fire at will! - Demon's Souls boss guide: how to beat the Referee

In case you are able to use strings or incantations, this fight will be much easier and faster for you. All you have to do is stay on the highest platform, hook the boss's head and bombard it with a volley of arrows or spells. The only thing you have to watch out for is the long tongue of the Referee, as it will damage you as well it also risks making you fall underneath.

The safest way to safely execute this strategy is to go to the edge of the platform, fire a shot at the boss and then immediately run towards the fog from which you entered. The Referee's tongue cannot go that far and as a result you will be safe here. Picking up the right pace you might even be able to defeat the boss without suffering any damage. 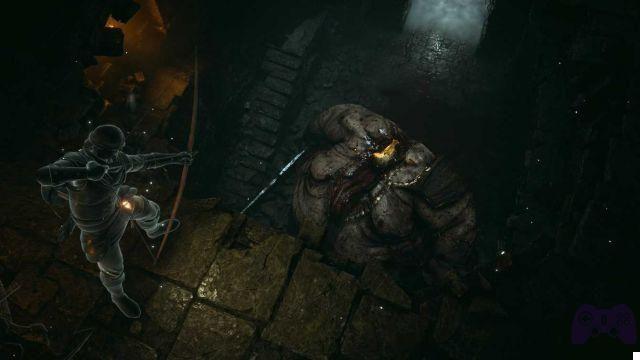 In bed without dinner

Many players may be afraid of being devoured by this greedy demon, but thanks to our article you will have nothing to fear. If this guide on how to beat the referee was useful to you, we recommend that you check out the other Demon's Souls boss guides on our site as well:

add a comment of Demon's Souls boss guide: how to beat the Referee