In this episode of the Monster Hunter Rise weapons guide we will tell you about the longsword, a fast and reliable katana

To approach a new chapter in the series, however, it is necessary to overcome a great initial obstacle, that is the choice of equipment. Monster Hunter weapons are very different from each other and to become skilled hunters it is essential that you find the one that suits you best. To help you with your research we have therefore decided to write one introductory guide for all Monster Hunter Rise weapons and in this new episode we will talk about the long sword.

As you will find out by reading this guide, the long sword is one of the best weapons to start playing with to Monster Hunter Rise. This long katana is capable of performing very fast and elegant moves without giving up the attack in the least. Precisely by virtue of this excellent balance between mobility and damage we believe that the long sword is perfect for those approaching the series for the first time.

Be careful though not to underestimate this weapon due to its simplicity. In fact, the long sword still requires a certain degree of attention to be used effectively during hunting. This is because to get the best out of this weapon you will have to land long combos and to do so it will be essential to learn how to exploit the monsters' openings. 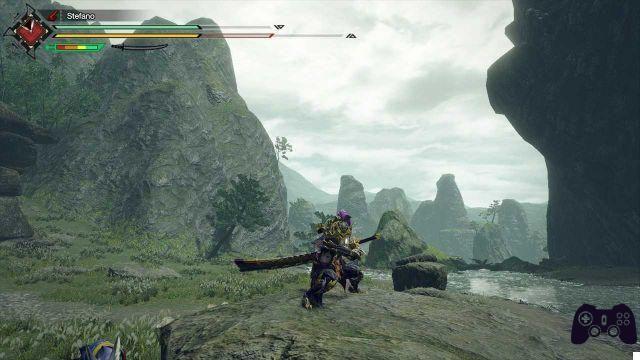 As we anticipated in the previous paragraph of the guide, the long sword is one of the most intuitive weapons in Monster Hunter Rise and consequently his attacks will also be easy to learn. With "X”You will be able to perform a series of vertical slashes, while with "A"Instead, you can score gods powerful lunges. Also by pressing "X + A”You will perform a wide sweep which will also allow you to reposition yourself with a backward or side jump.

During the hunt you will have to chain these attacks to be able to constantly inflict damage to monsters. There are different combinations you can apply depending on the prey you are hunting, but we we suggest you finish each combo with the attack "X + A". This way you will easily avoid the simplest attacks monsters without being forced to break the action. 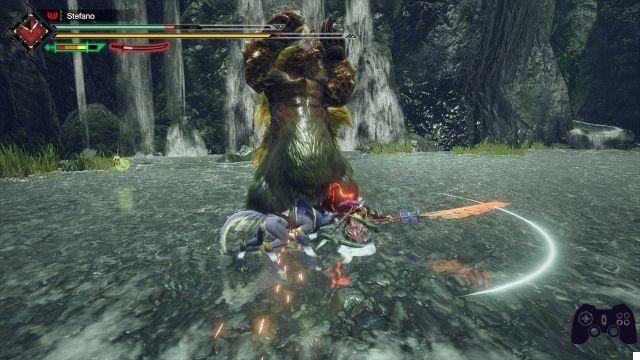 Now the point of our Monster Hunter Rise guide has finally arrived in which we will tell you about the spirit bar, a particular indicator that differentiates the long sword from the other weapons we have already told you about in the past. Each time you land a slash this bar will fill up and once full you can unleash several very powerful attacks.

By pressing "ZR"You can consume the spirit bar and perform a long series of horizontal slashes called blades of the spirit. These shots are very powerful and if you manage to land the last attack in the chain the color of the spirit bar will change e the damage of your attacks will increase for a few minutes. Also, by successfully executing more combos of this type of row, it is possible to do further change the color of the indicator several times, in order to increase the damage of your katana even more.

Simultaneously pressing "ZR + B”During a combo you can also sheathe your sword and then perform some powerful iai techniques pressing "X"Or"ZR". The attack with "X”Allows you to execute two quick slashes which, if they hit a monster, will activate a buff capable of to regenerate the charge of the spirit bar over time. The move with "ZR"Instead unleashes a powerful horizontal slash that will not waste the spirit in case you hit your prey. 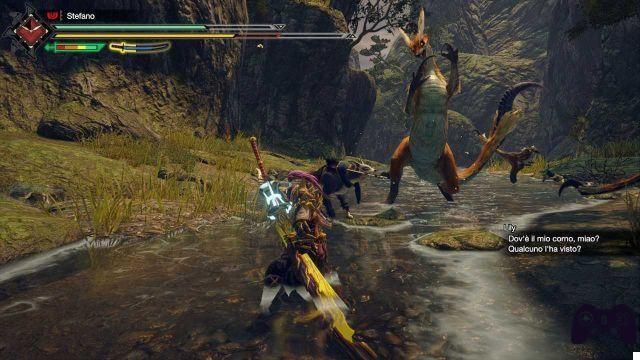 Longsword bug attacks are: serene pose e ascending kick. Serene pose is a useful technique that allows you to block a monster's attack and counterattack immediately with a lethal slash. This move is perfect when you don't have enough time to get away from danger.

Ascending Kick on the other hand is a powerful one jump attack which allows you to use your prey as a springboard and then hit it with a lethal lunge in the fall. If the lunge hits your spirit bar will regenerate automatically for a few seconds and, as if that weren't enough, you can also press "ZR”To unleash a very powerful attack called spirit helmet breaker.

In this paragraph of the guide we told you about the attacks with the wire bug for the long sword featured in the latest Monster Hunter Rise demo, but before concluding we would like to remind you that in the full game these techniques may vary based on weapons or other factors. In the various videos shown by Capcom there are several attacks unusable in the demo, so it is likely that you can change them in some way. 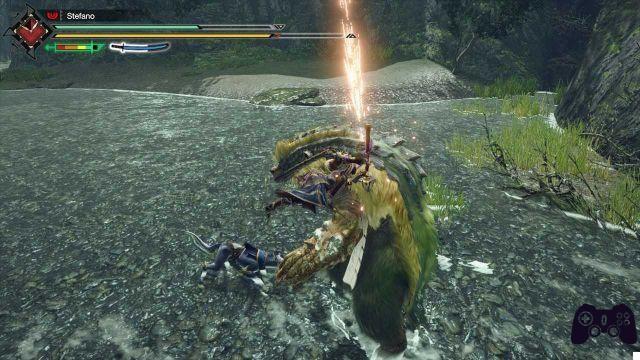 Masters of the sword

This concludes the episode of our Monster Hunter Rise weapons guide dedicated to the long sword. Now you just have to wait for the game to come out for let your blade taste to all the monsters unconscious enough to face you.

In case you want to know more about the game, we invite you to read ours preview. Also, if this guide dedicated to the long sword was useful to you, we suggest you check out the other articles on Monster Hunter Rise weapons here on the site as well: