In this latest episode of our Demon's Souls boss guide we will explain how to beat King Allant, the demonic ruler of Boletaria

As for difficulty, the new remake di Demon’s Souls it has nothing to envy to the original work of From Software. The game world is infested with fearsome demons and treacherous traps, but the biggest obstacle for most players is i boss. For this reason we have decided to create a complete guide to the bosses of Demon's Souls and in this new episode we will explain to you how to beat King Allant, the demonic ruler of Boletaria.

Let's start our umpteenth guide on how to beat Demon's Souls bosses talking about as usual how to prepare for confrontation with King Allant. This demon took the form of the old king of Boletaria and now reigns over all demons from the top of his castle. Although apparently he may seem like a simple human, this boss is one of the most powerful in the game and therefore should not be underestimated at all.

Re Allant has one very high magical defense and this makes his bossfight one of the few where it is not convenient to use magic. If you really have no other choice we advise you to prefer fire spells and to stock up on spices, but if you can, it's always best to use close-range weapons. In particular spears, halberds and broadswords they will allow you to have a good advantage, but alternatively you shouldn't have problems even with lighter weapons like katanas and straight swords. We also suggest that you bring with you too a shield with a high physical defense, as in many cases parrying the boss's attacks might be the best choice. 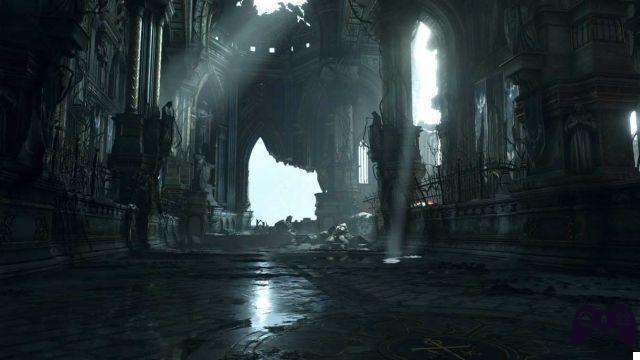 King Allant has many very powerful attacks, but the most terrifying one certainly is its grip. This move is capable not only of inflicting very high damage on you but also of take a level away from you, thereby reducing the value of one of your features. Such a powerful side effect can cause you some very serious problems depending on the characteristic that is lowered. For example, if your strength or dexterity values ​​were to drop, physical damage would decrease and in some cases extreme you may not even be able to attack with the weapon you usually use anymore.

To avoid finding yourself in unpleasant situations, it is essential to be able to never get hit by this powerful attack. Fortunately the grip is quite slow and before using it the boss will cover his left arm with souls, so you shouldn't have difficulty avoiding it. Also immediately after performing this move the boss will remain helpless for a few seconds, giving you enough time to land a couple of attacks. 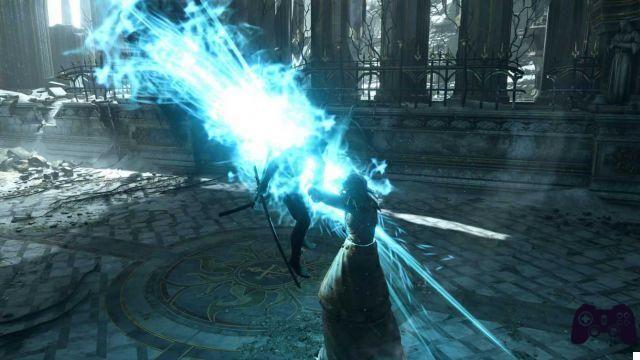 King Allant is a formidable swordsman and facing him in close combat will not be easy at all. When you are directly in front of him, the boss may attack you with a series of three very fast blows. Avoiding this combo is very difficult, especially because the last shot emits a shock wave which will strike you even after you are gone. For this reason we recommend that you try you defended against these attacks with a shield and then try to counterattack after the last blow.


These attacks do not represent a great danger, but unfortunately for you King Allant has several tricks up his sleeve similar to the hold we told you about previously. For example sometimes it might stick the sword into the ground and begin to accumulate all his demonic power in the form of fog. In this situation the best thing to do is to immediately run as far as possible, as after a few seconds the boss will unleash a very violent explosion with a truly immense radius.

Once you have moved away from the explosion you may think you have a few seconds of tranquility to heal yourself or use some buffs, but in reality you are very wrong. In fact, the King is able to perform a fast shooting attack which allows him to reach you in an instant. Fortunately, this attack is also easy to anticipate since, if you see the boss raise his sword straight up from a long way off, then for sure he is preparing his lightning attack. Despite the extreme speed this move is very easy to avoid, as it will be enough for you roll sideways aas soon as the boss will start moving. Also at the end of the shot the King will remain helpless for a few seconds, thus allowing you to inflict a lot of damage on it without risk. 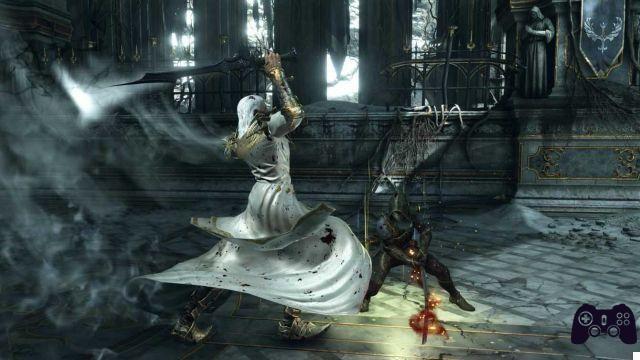 If you are going to face King Allant using the incantations then you will have to pay close attention to your positioning. If you are too close, the boss will attack you relentlessly with his quick swipes, while if you are too far away you will end up being constantly pursued by his very rapid sprint. For this reason you will have to try to always stay on the medium distance, in order to avoid his close attacks without enticing him to use the charge.

From medium range you can easily bombard him with spells and take advantage of the moments he charges his area attack to inflict a lot of damage. Following this strategy you will only have to worry about his jump attack. In fact, sometimes the King will jump in midair to give himself the push and will attack you with a single very powerful blow. The move isn't very difficult to dodge, but if it catches you by surprise while you're casting a spell, it could do a lot of damage to you, especially if you have a character with particularly low defense. To avoid having a bad end during this fight, we suggest you also use the spell guard, so you can be sure you won't be eliminated with a single hit. 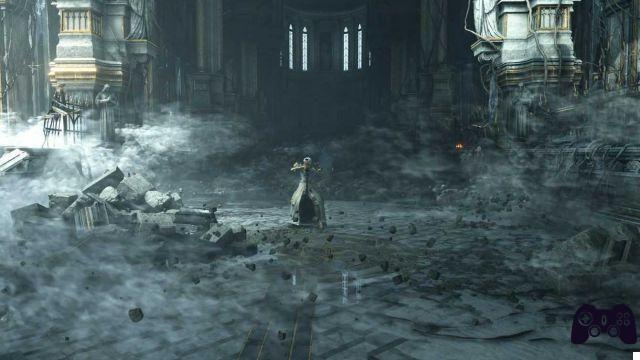 This demon is really very strong and resistant, but thanks to our guide you shouldn't have too much trouble defeating him. If this guide on how to beat King Allant was useful to you, we recommend that you check out the other Demon's Souls boss guides on our site as well:

add a comment of Demon's Souls boss guide: how to beat King Allant