Destiny 2: where to find nightmares in the solar system

In this guide on Destiny 2 we will see how to easily find the Nightmares outside the Moon, necessary to continue in the campaign

The campaign Shadows from the Deep it will require us to defeat gods Nightmares around the solar system for purify some essences. The Nightmares Killed on the Moon they won't count and they can be difficult to find in other areas, follow this guide to work around the problem.

The rebirth of the Bungie MMO

With the release of bothlatest expansion, that of the version free-to-play, Destiny 2 earned in no time many new players, including many who had initially abandoned him. The launch of the title was actually quite enough unsatisfactory and the first two expansions didn't make things much better. However, the situation had already greatly improved last year evaluation with The Renegades. The third expansion actually boasted one most satisfying campaign and returning towards i darker tones the original Destiny, Raid definitely best, and an appreciated one new PVP mode: Venture.

With Shadows from the Deep Bungie continues in the right direction with The Renegades, and with the contents arriving in theYear: 3 and new seasonal progression system, aims to make progression into the game even more funny e satisfactory. Part of the success of Shadows from the Deep it's also due to the return of Destiny 2 more towards the origins MMO of its predecessor, from which it had initially departed to try to attract more players casual, however, ending up disappointing most of the passionate. Destiny 2, however, knows how to be very unsettling for its greatness e amount of content, which is also why whoever is trying to complete the campaign of Shadows from the Deep easily risks get stuck and not knowing what to do or where to go.


Destiny 2: where to find Nightmares on IO easily

The easiest way to find Nightmares out of Luna is to go up IO from the menu destinations, choose theLost Oasis as a landing zone and go to Selva in Ulan-Tan. You can find the symbol della Selva on the map and you will recognize it later by finding the same symbol on one Rocky wall. At this point you just need to enter the Jungle and defeat the few and weak enemies that separate you from the area of ​​the mini-boss. The mini-boss will be replaced by gods Nightmares, which in the case ofEssence of Pride they will fill you up on 30% of the bar purification. So you just have to go back with fast travel at the landing point, and you can immediately repeat the process until complete the purification. 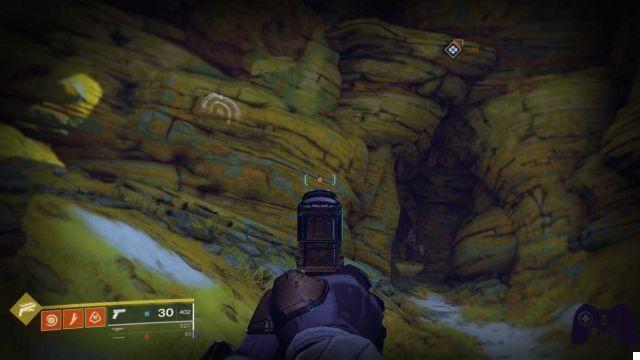 Shadows from the Deep and A New Light, exit and availability

After seeing how to find the Nightmares also out of the moon su Destiny 2, you can already read ours first impressions su Shadows from the Deep in our review. If you want power up in a short time your guardian, also read our guide on how to quickly reach Power level 900!

Shadows from the Deep is available from1 October su PC, PS4 e Xbox One at the cost of 35€ on all platforms. The expansion will also be included a November version Google Stadia of Bungie's MMO shooter. We remind you that the version is also available free-to-play Destiny 2: A New Light.

If you are interested in other guides, reviews, news and specials on video games, go to the dedicated section on our site!

Add a comment from Destiny 2: where to find nightmares in the solar system