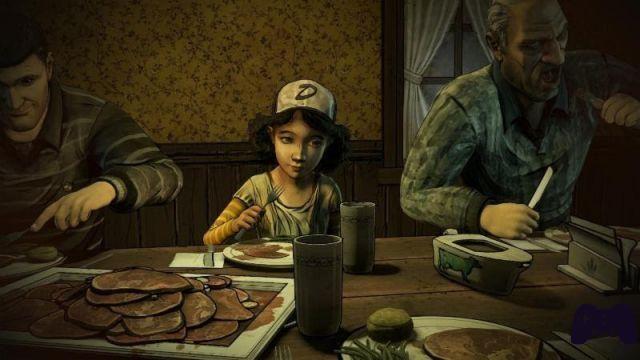 The Complete First Season includes visually-enhanced versions of all five original episodes, plus horror anthology 400 Days. It will launch digitally

on Nintendo Switch in North America, Europe, and Australia on August 28, 2018.

The Complete First Season includes all five original episodes, as well as add-on anthology 400 Days. Both have been ported from last year's The Walking Dead: The Telltale Series Collection, which offered substantial visual and performance enhancements over previous editions. Those upgrades will now carry over into The Complete First Season on Switch.

The full game, including all five episodes and 400 Days, will be available for download starting August 28 for $ 24.99 USD in the United States, Canada, Mexico, Australia, and most of Europe. Though audio will only be available in English, all content has been subtitled in English, French, German, Spanish, and Italian.


Source
Do you want to be a video game expert and know all the tricks, guides and reviews for your video games ? Holygamerz.com is a group of video game fanatics who want to inform you about the best tricks, guides and tips. We offer you the best information to be a reference in gaming, so here you can find guides, tricks, secrets and tips so you can enjoy your games to the fullest. Are you ready to get all the achievements of that game that you resist so much? Enter now and enjoy your favorite video game to the fullest!
Special Red Dead Redemption 2 and politically correct: thank you Rockstar ❯

News This War of Mine: Complete Edition available on Nintendo Switch

Add a comment from News The Walking Dead: The Complete First Season arrives on Switch