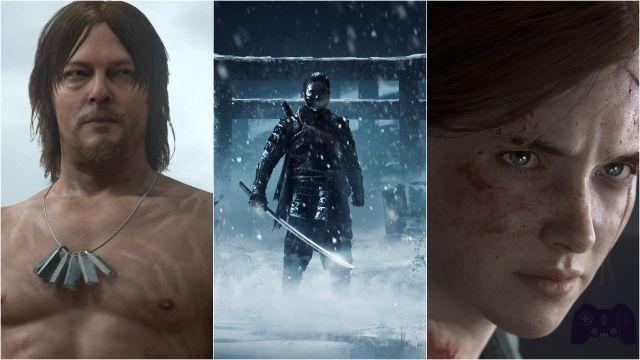 For some months the discussions on the Next-gen they definitely escalated after that Sony has released the generic technical specifications of PS5. They also don't stop the rumors they see Microsoft products announce the successor of Xbox One during the E3 (which if you have forgotten it will be held in a few weeks).

These rumors and Sony's silence regarding the line-up PS4 they made several users worry. These feared that some titles might slip up PS5. We are talking specifically about The Last of Us Part II, Ghost of Tsushima and Death Stranding.

To reassure the spirits of the fans, she intervened directly Sony, which in the last few he reiterated that these three games will be released on PlayStation 4 as always planned.

Recall that Sony will not participate in E3 this year.

Do you want to be a video game expert and know all the tricks, guides and reviews for your video games ? Holygamerz.com is a group of video game fanatics who want to inform you about the best tricks, guides and tips. We offer you the best information to be a reference in gaming, so here you can find guides, tricks, secrets and tips so you can enjoy your games to the fullest. Are you ready to get all the achievements of that game that you resist so much? Enter now and enjoy your favorite video game to the fullest!
Disco Elysium review: video games give tangible shape to feelings ❯

Add a comment from News Sony reiterates that The Last of Us Part II, Ghost of Tsushima and Death Stranding are PS4 exclusives