News Here is the opening video of Senran Kagura Re: Newal 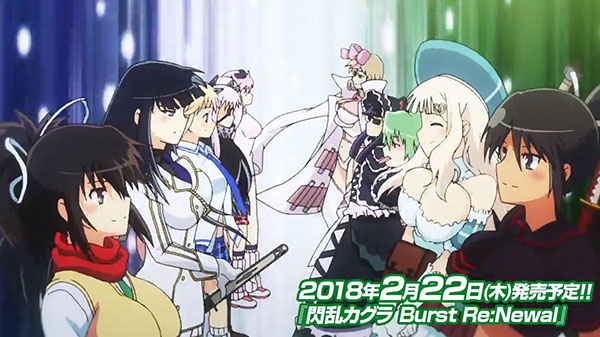 Senran Kagura Burst Re: Newal is out for PS4 in Japan on February 22nd. Below is the introductory video:

Marvelous has released the intro footage for Senran Kagura Burst Re: Newal due out in Japan on PS4. Stay with us for new updates.


Source
Do you want to be a video game expert and know all the tricks, guides and reviews for your video games ? Holygamerz.com is a group of video game fanatics who want to inform you about the best tricks, guides and tips. We offer you the best information to be a reference in gaming, so here you can find guides, tricks, secrets and tips so you can enjoy your games to the fullest. Are you ready to get all the achievements of that game that you resist so much? Enter now and enjoy your favorite video game to the fullest!
Mario + Rabbids: Kingdom Battle preview ❯

News + Video games and violence: is there really a relationship?

News + How to find a job thanks to video games: Temtem and Platypet

News Moero Chronicle will arrive in the West for PC

News + Video games and stamps: a new frontier of collecting?

Add a comment from News Here is the opening video of Senran Kagura Re: Newal