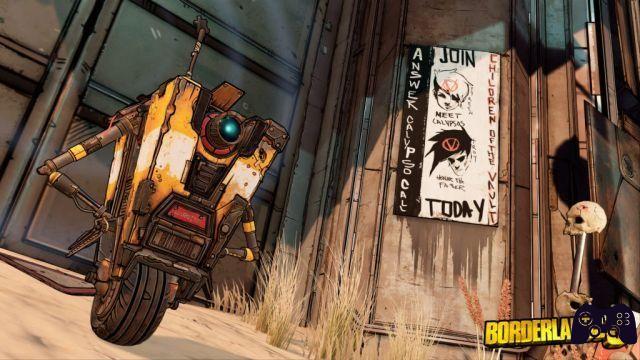 It seems that one of the most beloved voice actors of the series will not be returning for the third chapter.

David Eddings, who previously voiced Borderlands' most iconic character Claptrap, recently confirmed on Twitter that he will not reprise the role in Borderlands 3. Eddings has already voiced Claptrap in Borderlands, Borderlands 2, Borderlands: The Pre- Sequel, and Tales from the Borderlands.

Eddings said the reason he won't be returning to Borderlands 3 is due to money issues. “For the first time, I insisted on getting paid for my performance and suddenly they couldn't afford to do it,” Eddings said in response to a question from a fan on Twitter. “I don't want to tell them how to run the business, but maybe next time they should put the $ 12M 2K payment into Gearbox's account,” he added.

In a subsequent tweet, Eddings wanted to downplay his breakup with Gearbox, stating, "In the end, my exit from GBX created at least three job opportunities for other people, so that's good."

The departure of Eddings from the cast of Borderlands 3 coincides with that of Troy Baker, who will not return to give voice to the character of Rhys. While the reasons why Baker hasn't returned haven't been clarified yet, if what Eddings says is true, then it's likely Gearbox either couldn't afford or didn't want to pay Baker. Being one of the most sought after voice actors in the video game industry, the cost of having him in the cast is certainly high and not hiring him would be an easy way to save. However Gearbox has not yet declared anything official about it.

Regardless, the absence of these two actors shouldn't have a huge effect on the final product. As long as the game is able to entertain and entertain users, many will not care about the absence of Baker and Eddings.


No. For the first time, I insisted on getting paid for my performance and all of a sudden they couldn't afford me. Now I'm not telling them how to run their business but maybe next time they should put the $ 12M payment from 2K in the Gearbox bank account instead. Just sayin '...

Do you want to be a video game expert and know all the tricks, guides and reviews for your video games ? Holygamerz.com is a group of video game fanatics who want to inform you about the best tricks, guides and tips. We offer you the best information to be a reference in gaming, so here you can find guides, tricks, secrets and tips so you can enjoy your games to the fullest. Are you ready to get all the achievements of that game that you resist so much? Enter now and enjoy your favorite video game to the fullest!
Pokémon Sword and Shield DLC Guides - Price, news and content ❯

News Ori and the Will of the Wisps announced