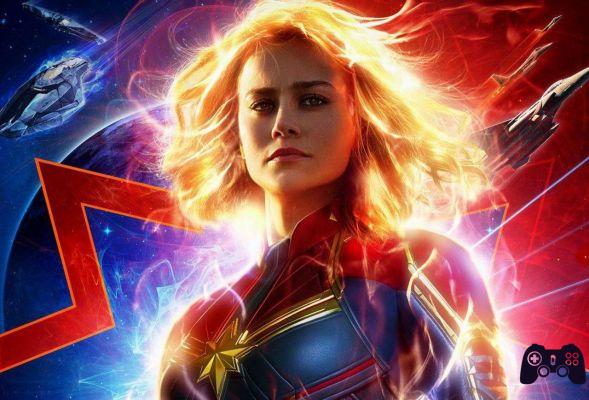 THE NEW POWERFUL SUPERHEROINE CAPTAIN MARVEL IMMEDIATELY AT THE TOP OF THE BOX OFFICE
The new Marvel Studios adventure has grossed over 4.9 million euros and over 455 million dollars at the worldwide box office.

Milan, 11 March 2018 - The new anticipated Marvel Studios film Captain Marvel hit theaters on March 6 and immediately conquered the box office with a gross of 4.9 million euros, recording a global collection of over 455 million dollars across the world.

"I am particularly happy with the success that Captain Marvel is achieving," said Daniel Frigo, CEO of The Walt Disney Company. “Once again Marvel Studios takes very current values ​​and issues such as female empowerment and gender equality to a new level. An important message for the whole audience and especially for the girls, for many of whom the tenacity of this powerful superheroine has already become a source of inspiration. A very important message also for the whole Disney team who put great passion and commitment into achieving this result and to which my congratulations go. We are just at the beginning of a long season full of films much awaited by our audience and we are already working to make all the next appointments unforgettable too ”.

On the occasion of the release of Captain Marvel in theaters, various personalities from entertainment, sports and the web participated in the 90s party organized to celebrate the arrival of the film.

Do you want to be a video game expert and know all the tricks, guides and reviews for your video games ? Holygamerz.com is a group of video game fanatics who want to inform you about the best tricks, guides and tips. We offer you the best information to be a reference in gaming, so here you can find guides, tricks, secrets and tips so you can enjoy your games to the fullest. Are you ready to get all the achievements of that game that you resist so much? Enter now and enjoy your favorite video game to the fullest!
Special I saw Fumito Ueda reflected in Death Stranding ❯