Resident Evil Village: what to know before buying the game

In this article we will tell you what you need to know before buying Resident Evil Village, the new Capcom survival horror

Now it is missing less and less at the exit of Resident evil village, the new chapter of the well-known saga of survival horror di Capcom. Many historical fans of the brand can't wait to get their hands on this title, but it seems that they are not the only ones.

Apparently, in fact, very many new players would like to approach the series for the first time with this new chapter coming out. To help newbies we have therefore decided to write this guide, where we will tell you what you need to know before buying Resident Evil Village.

The beginning of the nightmare

To help new players get right at home in Resident Evil Village we want to start our article talking about the story of Ethan Winters, the protagonist of this chapter. Be careful though, because in this paragraph there will be several spoiler for Resident Evil 7 events. Consequently, if you intend to retrieve Ethan's debut chapter, we suggest that you do not continue reading this first part of our article.

Ethan Winters' story begins in 2017 when it receives a help message from his wife Mia, now missing for more than three years. Apparently the woman is held captive inside a farm lost in the marshes of the Louisiana and she desperately needs her husband to run to rescue her. Unfortunately, Ethan will find himself involved in a much more dangerous situation than expected, as he will discover upon his arrival that Mia was infected with a strange disease which has made her much stronger, more resistant and which causes her uncontrollable outbursts of anger. It also seems that this virus has infected and driven people crazy too the Baker family, the original owners of the farm.


After these discoveries, Ethan will also be captured by the family but he will soon be able to escape thanks to Zoe's help, the only still sane member of the Bakers. Together the two will also be able to create a serum capable of treat the infected, but unfortunately they will end up with just a single dose of that Ethan will use to heal Mia.

Unfortunately, however, even after finally taking care of his wife, the protagonist's troubles will not end. In fact, while the two try to reach a safe place they are suddenly attacked by Eveline, a very powerful one bio-organic weapon able to control the actions of the infected. This little girl, also called E-001, is the cause of everything that happened on the farm and has no intention of letting the two unfortunates escape. Fortunately, however, Ethan will miraculously manage to eliminate this creature once and for all, thanks also to the providential help of the legendary soldier Chris Redfield. 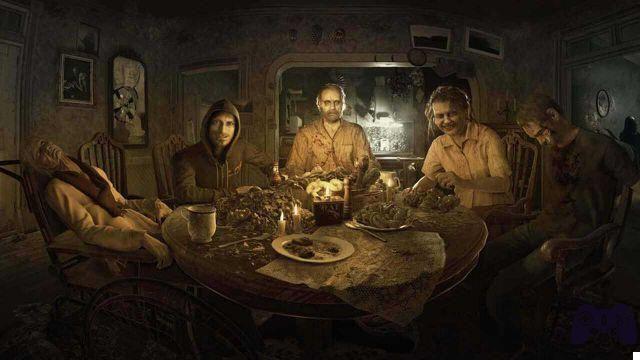 Ethan's Goal - Resident Evil Village: What to Know Before Buying the Game

Now that we have told you about the bulk of the events of Resident Evil 7, the time has finally come introduce you to the history of Village. The title is set a few years later the events we told you about above and sees Ethan and Mia rebuilding their lives. The two are finally back to live together and in this period of peace they even managed to have a daughter: Rosemary.

Unfortunately, however, it seems that the quiet cannot be part of Ethan's life. In fact, suddenly everything he had built in this period is ripped from him in an instant in the moment his wife is killed and his daughter kidnapped. This terrible attack appears to have been organized by a mysterious cult based in Romania who is now going to use Rose to perform one occult ceremony of some kind.

Although the situation seems desperate, Ethan is willing to do anything to get his baby back. For this reason he makes the impulsive decision to leave immediately for the mountains of Romania to save Rose. Unfortunately, however, even in this case Ethan will discover that the situation is much more serious than he had initially imagined. The place where this cult is based is in fact haunted by terrible bloodthirsty nightmare creatures. In addition, even the prominent elements of the sect seem to possess superhuman abilities which make them extremely dangerous. But now Ethan is hardened by the events of the Baker house and for sure he will be able to give a hard time to anyone who stands between him and his daughter.

Bigger Threats - Resident Evil Village: What to Know Before Buying the Game

In Resident Evil 7 you will rarely find yourself fighting large groups of enemies, but in the Village instead this will be almost normal. The new chapter of the series in fact fully incorporates the spirit of the legendary Resident Evil 4 and will often put players in front of much greater threats than those seen in the seventh chapter. Fortunately for you, you can easily get hold of powerful firearms capable of exterminating even the toughest enemies with ease. Also by properly exploring the map and with the help of the merchant you will be able to gather enough resources to deal with any situation.

While you'll find yourself shooting more in Village than in Resident Evil 7, that doesn't mean the game is too action-packed. In fact, sometimes you may find yourself in very tense situations in which weapons will not be able to help you. Just think of the dangerous ones immortal vampires featured in the castle demo. Also, even if you have more items available, that doesn't mean you don't run the risk of running out of them. One of the most important aspects of survival horror is resource management and neglecting it you could end up in very uncomfortable situations. 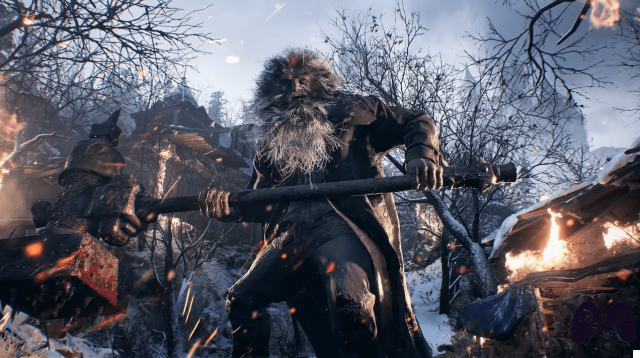 The faces of horror - Resident Evil Village: what to know before buying the game

Over time Resident Evil had begun to lose its iconic horror atmosphere but, thanks to the seventh chapter, the series has managed to return to its old glories. Now, however, many players fear that with the release of Resident Evil Village there is a risk of taking it again a road too tied to action.

Fortunately, however, it seems that lovers of fear have nothing to fear. In fact, Capcom has stated several times that in the course of development the team has concentrated particularly on balance the action and horror sections. Also thanks to the two demos released by the company we already have several practical examples of this balancing. Just think of wheat field of the village demo and to the section in the catacombs of the castle demo. From these two short excerpts from Resident Evil Village it looks like the developers did a great job in making horror and action coexist. 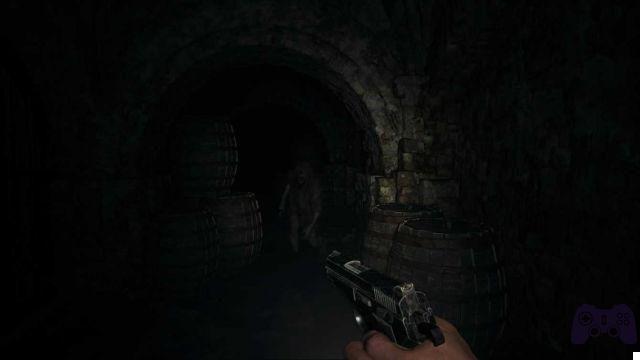 This concludes our guide on what to know before buying the new Resident Evil Village. With this article we hope to be able to make you understand what you will encounter once Village is released. However, if you are still undecided about the purchase, we suggest you wait for the release of our review to get an idea of ​​the full game. In the meantime, however, we suggest you take a look at the others anyway articles dedicated to the game present on our site:

Resident Evil Village sarà available from 7 May for PC, PS4, PS5, Google Stadia, Xbox One and Xbox Series X | S.. If you are interested in staying up to date with all the news on the world of video games and much more, then continue to follow us here on Holygamerz. In addition, in case you want to buy the game at an advantageous price, we suggest you take a look at the catalog of Instant Gaming.

Do you want to be a video game expert and know all the tricks, guides and reviews for your video games ? Holygamerz.com is a group of video game fanatics who want to inform you about the best tricks, guides and tips. We offer you the best information to be a reference in gaming, so here you can find guides, tricks, secrets and tips so you can enjoy your games to the fullest. Are you ready to get all the achievements of that game that you resist so much? Enter now and enjoy your favorite video game to the fullest!
Resident Evil Village: where to go after defeating Lady Dimitrescu ❯

Guides Where to Find Cyberpsychopaths and Requirements - Cyberpunk 2077

Add a comment from Resident Evil Village: what to know before buying the game