Oddworld: Soulstorm, what to know before starting to play

After New 'n' Tasty, a very successful rejuvenation of the first chapter of the series, we are preparing for the release of the second official chapter, a direct sequel to the game from where we left it. Two years after the remake released in 2014, the development team had begun work on Soulstorm. Five years have passed since that day, but the wait is finally running out. Pending the release of the game, therefore, let's take stock of what to know before starting to play Oddworld: Soulstorm!

It was the distant 1997 when Abe's Oddysee peeked out on the first one PlayStation and on PC. The platform was well received immediately, establishing itself as an icon of the genre. Our Abe then returned in 2014 with Oddworld: New 'n' Tasty, a remake of the chapter of '97, recently also reported on Nintendo Switch da Just Add Water with excellent results. The 2014 remake marked the return of the Mudokon officially, and the porting to the Switch did nothing but increase the hype for the saga among both historical fans and newbies.

Two years later (then in 2016), the development team revealed that they were working on a sequel to Odysee called Oddworld: Soulstorm, now in the pipeline. Soulstorm stands as a direct sequel to New 'n' Tasty. Here, we will find ourselves taking on the role of Abe following the escape from RaptureFarms factory. Here, our Mudokon will find himself sabotaging the distribution of an energy drink produced by the evil Glukkon, which subdues the minds of those who drink it.


A new formula - Oddworld: Soulstorm, what to know before starting to play

This new chapter of the series, in addition to resuming the basic mechanics of the original game, introduces some features aimed at rejuvenating the gameplay of Oddworld Inhabitants. The game will introduce a system of resource management and crafting with which we can make some useful items. In full RPG style, it will be possible to craft, for example, molotov o lanciafiamme. The objects can be recovered in the game world, prompting the player to explore every ravine in order to find useful resources to create weapons or supplies to face the Glukkon armed forces.

The equipment can then be distributed to allied Mudokon, who can use it to defend themselves or to attack enemies. Also, Abe's subversive group of Mudokons may be boosted and can grow in number throughout the duration of the adventure. 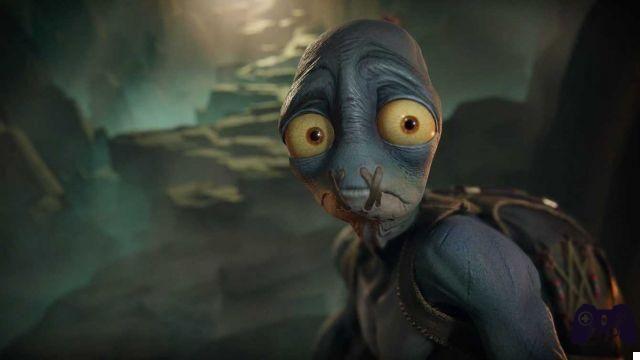 Not just gameplay - Oddworld: Soulstorm, what to know before starting to play

The innovations that will be introduced not only involve the gameplay, but also the technical sector by Oddworld: Soulstorm. The game will in fact change from a 2D room to a hybrid room, to which depth and three-dimensionality will be added. The factory in which the adventure will take place, in fact, was layered deeper and populated with more details and creatures. In addition to that, within the game world it will be possible to find also puzzles to solve in order to continue the adventure, but not only: in this chapter you will often find yourself shooting or fighting in first person.

Planning will also be a central point of the gameplay. The variety of environments will lead to larger areas, in which it will be necessary to plan one's actions to achieve the goal. Finally, the aesthetics of the scenarios will alternate the dark settings to which the series has accustomed us to other decidedly more colorful ones. Staying on the subject of aesthetics, Abe's animations have also been reworked. Now our protagonist is decidedly less woody and much more fluid. Abe will also be equipped with new abilities. 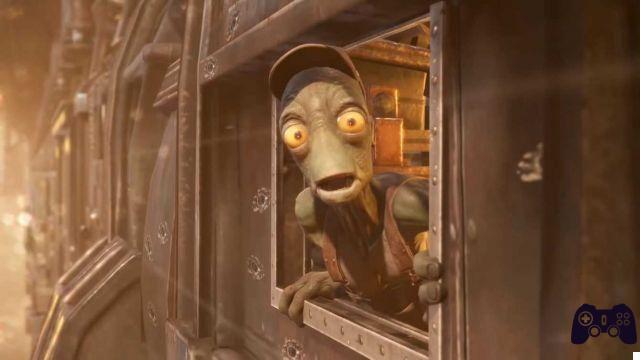 Ethics and Morals - Oddworld: Soulstorm, what to know before starting to play

Another novelty of Soulstorm will lie in the choices that Abe will have to face during the game. Morality it will play a fundamental role, directly affecting his psychic powers. This will lead to approaching the game in different ways, influencing the course of events accordingly. It will be possible, for example, to decide whether to complete the game in stealth mode or eliminating anyone who stands in Abe's path. Actions performed during the course of the game will have consequences, and will unlock positive or negative endings depending on our inclination.

Additionally, the Quarma System will also return in Oddworld: Soulstorm. By performing good deeds, therefore, we will be able to obtain bonuses such as temporary shields or antidotes to restore the health indicator. The Quarma System will also keep track of the Mudokons that have been saved or killed, as well as the number of Sligs eliminated. As a result, the player's behavior will directly affect the score and evaluation. In addition to the Quarma System, there is also a badge system that will allow you to unlock secondary objectives and secret areas 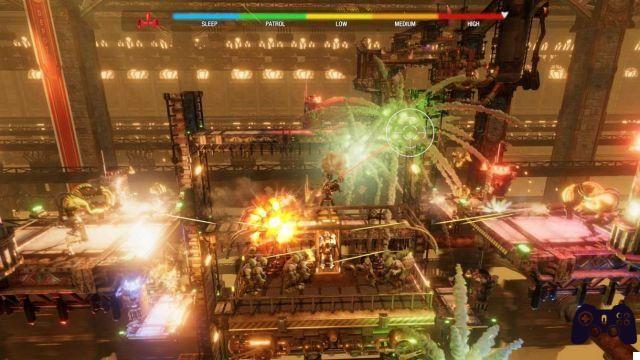 Now it is shortly

Well friends, we hope we have given you a clearer idea of ​​what you need to know before starting Oddworld: Soulstorm. Oddworld: Soulstorm will be available from April 6 for PS4 and PS5. Also, for PlayStation Plus subscribers the game will be free for the month of release. We remind you to stay connected on Holygamerz for further news and updates on the world of video games. Also, don't forget to check out the Instant Gaming catalog for always discounted games.

Do you want to be a video game expert and know all the tricks, guides and reviews for your video games ? Holygamerz.com is a group of video game fanatics who want to inform you about the best tricks, guides and tips. We offer you the best information to be a reference in gaming, so here you can find guides, tricks, secrets and tips so you can enjoy your games to the fullest. Are you ready to get all the achievements of that game that you resist so much? Enter now and enjoy your favorite video game to the fullest!
Oddworld: Soulstorm, here is the complete list of trophies! ❯

PlayStation 4: how to increase space with external hard drive

Add a comment from Oddworld: Soulstorm, what to know before starting to play