News All the news from Nintendo Direct 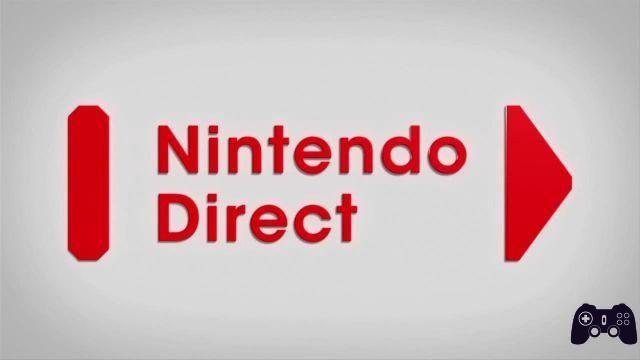 The presentation revealed that in November Terry Bogard from the Fatal Fury series, the fourth downloadable character for Super Smash Bros. Ultimate, in addition to announcing the arrival of a series of classics for Super NES in the Nintendo Switch Online service and that on Nintendo Switch it will be titles such as Return of the Obra Dinn, Tokyo Mirage Sessions ♯FE Encore and the definitive version of the original Xenoblade Chronicles will soon be available.

The full presentation is available on the website https://www.nintendo.it/nintendodirect. Highlights of the video include:

Overwatch Legendary Edition: Tracer, Mei, Hanzo and all the other exuberant Overwatch characters will make their Nintendo Switch debut on October 15th. The pre-download will be available later today.
⦁ Terry Bogard arrives in Super Smash Bros. Ultimate: Coming in November, Terry Bogard from the classic Fatal Fury series joins Super Smash Bros. Ultimate as a playable character. Terry Bogard is part of the Super Smash Bros. Ultimate Fighters Pass, which includes five Challenger Sets, each consisting of a character, a scenario, and different pieces of music. The Fighters Pass can be purchased in the ⦁ Nintendo eShop for € 24,99. The various sets can also be purchased individually, at a price of € 5,99 each.
⦁ Banjo and Kazooie join the fight: starting today it will be possible to use Banjo and Kazooie from the popular Banjo-Kazooie series in Super Smash Bros. Ultimate. These new characters are part of the third Challenger Set (sold separately). In addition to the characters, the set includes the Spiral Mountain scenery and music tracks from the Banjo-Kazooie series.
Xenoblade Chronicles⦁: ⦁ Definitive Edition: MONOLITHSOFT's epic Xenoblade Chronicles, released in 2011 on Wii, is reborn on Nintendo Switch as Xenoblade Chronicles: Definitive Edition. This role-playing game that tells the story of Shulk and Fiora is expected for 2020.
⦁ Super Nintendo Entertainment System - Nintendo Switch Online: Starting tomorrow, September 6, all Nintendo Switch Online members will be able to play 20 Super NES classics at no additional cost:


Do you want to be a video game expert and know all the tricks, guides and reviews for your video games ? Holygamerz.com is a group of video game fanatics who want to inform you about the best tricks, guides and tips. We offer you the best information to be a reference in gaming, so here you can find guides, tricks, secrets and tips so you can enjoy your games to the fullest. Are you ready to get all the achievements of that game that you resist so much? Enter now and enjoy your favorite video game to the fullest!
Dragon Ball Z: Battle of Z review ❯

News Crash Bandicoot N.Sane Trilogy will not be exclusive to PlayStation 4

Add a comment from News All the news from Nintendo Direct