Is your smartphone water resistant? Differences between IP67 and IP68 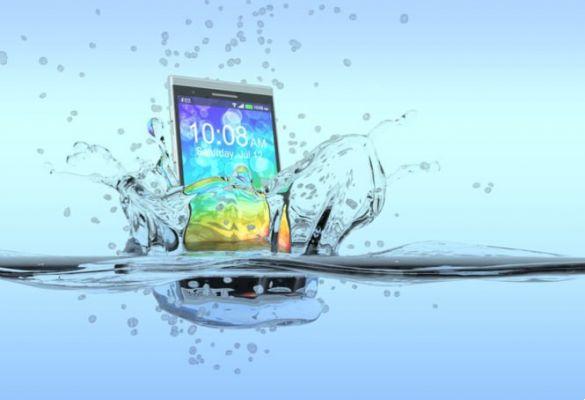 
Read also: Android phone does not ring? Let's see what to do!

Is your smartphone water resistant?

Let's start by highlighting that the IP rating is used to specify the type of protection offered by an electronic device and is directly related to the environments in which the device can be used. These grades are awarded after running a multitude of tests.

Do these degrees have a connection to the IP we are talking about when referring to network connections? Well, no, since IP in this case means "Internet Protocol" and refers to Internet connections, which has nothing to do with water resistance. Some smartphones are very water resistant, some don't hold up that well and others don't hold up at all.

How to interpret the IPXX code?


However, it is important to keep in mind that these ratings are not only based on dust and water protection but also on water pressure protection, among other things. Furthermore, the grades are quite objective: the manufacturer does not choose them but it is the International Electrotechnical Commission (CIE). Below you can see what each digit in the IP code means.

Is your smartphone water resistant? - Differences between IP67 and IP68

Ultimately, it's important to understand that dive protection is directly related to water pressure. This means that the damage will be more important if the device is exposed to a powerful jet of water than if it falls into a puddle.

That said, it should be emphasized that even if a smartphone is completely protected from dust, that doesn't mean it's also completely waterproof under water at all levels or water pressure.


As we have seen at the moment, the second digit in each IP layer does refers to the level of protection from water. Therefore, we deduce that between an IP67 and an IP68 there are no differences in terms of insulation against solid bodies, as both have the highest level of protection - the ingress of solid particles into the equipment can be completely prevented.

The only difference, therefore, lies in the ability of each device to resist water entry. In the case of an IP67 smartphone, we know that will be able to withstand immersion in water up to 1 meter deep during a period of 30 minutes thanks to the tests carried out in the device certification process.

However, the IP68 protection ensures that the mobile device will be able to withstand immersions of more than one meter - typically 3 meters. However, the length of time during which resistance is ensured is agreed between the certification company and the mobile phone manufacturer before running the tests, so that no data is the same for all models.


What tests are carried out to certify a device?

However, for manufacturers to add IP certification to their device specification list, they must pass a series of tests, which will determine their preparedness for possible accidents. Depending on the level, these are the tests they must pass:


In addition to the above, you must keep present that IP protection levels are not cumulative starting from IPX6. This means that it is possible that a terminal has IPX7 protection and therefore supports diving, but it cannot withstand splashing water having failed to pass the tests corresponding to IPX5 or IPX6 degrees. That's why some phones, like the latest Sony models, indicate two degrees of protection: for example, the Xperia 1 has IP65 / 68 protection.

Furthermore, it should be noted that the realization of these tests and the subsequent certification of the devices involve costs for the manufacturer. Hence, some companies, especially Chinese ones like OnePlus, have decided not to certify their phones despite being built in such a way that, in theory, they are capable of passing tests.

Smartphone with IP67 and IP68 certification

There are many smartphones with this type of protection, regardless of the range or price range to which they belong. In the table below these lines, we list some of the current phones with IP67 or IP68 certification in 2022.

Read also: How to delete call history on Android?

Has your phone been hacked? Here's what to do next ❯

add a comment of Is your smartphone water resistant? Differences between IP67 and IP68