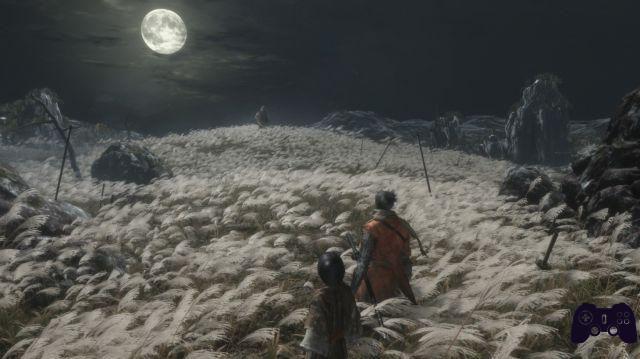 What's behind a name?

Sekiro is not a random, common or traditional name. It is a definite choice of Lore. At least this is our hypothesis, awaiting confirmation or denial. While we observe the hands of the clock, waiting for the fateful 22 March, we have chosen to break through our neurons to suck the lifeblood-information from the name, just like that, more precisely from the original and untranslated Japanese name, of the samurai we are going to interpreting, guiding, in the Middle Ages of From Software. To clarify: the protagonist's first name is not Sekiro.

Ours has been renamed with the nominative (nominative because it is pointed out with the definite article previously) Wolf (in Japanese mythology the wolf is a protective figure) from the warrior (the latter called Owl, that is the animal that symbolizes luck) who found him on the battlefield. The Owl instructed him in the way of the samurai, teaching him the way of the sword.

A samurai dedicates his sword to a cause. The fate of the Wolf is intertwined with that of the Divine Heir 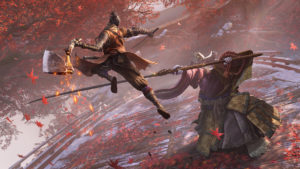 To learn more:
Sekiro: a whole other story The Wolf has thus decided, once he has become a full warrior, to dedicate his sword (read his life) to a new Master, a Lord, called Divine Heir. Precisely heir to a mysterious bloodline. The mysteries are more and more dense. We will not investigate here any further dimensions other than those of the protagonist's name. The premise was needed to explain later.

Why worry about a name? Because that's not the name we were expecting. Who is the classic samurai? The little samurai warrior? Sasuke. This is a classic name, what you expect. Sekiro simply no. So it's not a normal baptism. This name was born together with the story and the journey that we will begin in the game. Ours has no name, or rather: we do not know, for now. He receives the name / nickname Wolf as a gift from the first Master, the Owl. But he has a very specific identity, forged by the training that saved him from the misery to which, as a child, he was condemned. 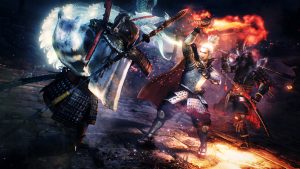 To learn more:
Nioh - Soulslike doesn't mean anything anymore (if it ever did)

The personality of our hero is already marked in having already dressed, vocalized and armed by default. We don't have builds to build and calibrate, it seems. The doubt that destiny can be hidden in the name, the path of our samurai is getting stronger. What is it then that we are going to explore and therefore, where will we start from? Simply from a literal analysis of the kanji and from a contextual analysis of the same. The choice of ideograms is not accidental and never is. If we then consider From Software's past this randomness is reduced to zero. For fans of manga and oriental thought, this may not sound new. XXX Holic, among many, is a manga that makes you think about the value of the kanji used. 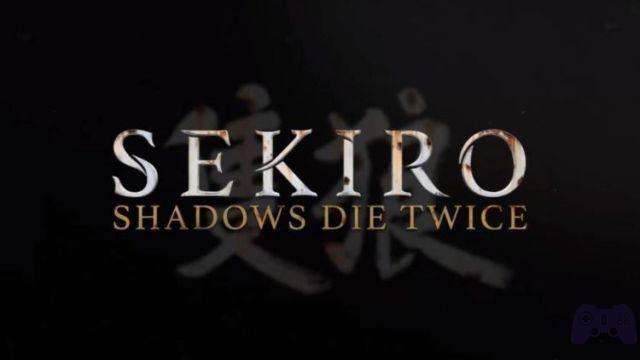 Sekiro will be our name, what is behind this name?

We have often read, and seen, the chronicles of the time Sengoku, the most iconic period of Japanese Pop production. The scenarios of devastation, of the abandonment of minors (with the consequent folklore that led to a lively horror filmography) and of the figure of the samurai are famous. Among so many evocative images it cannot have escaped, to most, the value and role that the name can arouse. In the oriental narrative the name that the characters bear (be it fairy tale, mythology or manga) already tells a story, sides of the character. We could define it as our theatrical mask that already invites the emotion that the actor must arouse.


And Sekiro? What does that mean?

In the case of our new gaming adventure we have 隻狼. The first kanji is used to express the quantity of flocks, schools of fish or arrows in the coffin. But also one element of a pair that is, a shoe, an eye, an arm. The second ideogram indicates the wolf, hence the canid. The conjugation of the two clearly expresses the condition of deprivation, lack, which our Wolf suffers. Stopping on the arm risks turning out to be a superficial choice. The Souls have got us used to digging. As well as DnD but let's not digress. A wolf away from the pack? A dishonored warrior? We know that we will have to face tough challenges in search of redemption. The first interpretations on the web emphasized Wolf's being physically mutilated. It was not connected to the other dynamics of the game and no one dared to enter into the logic of Master Miyazaky.

What our stray lacks is not a limb but a part of its being, of its soul. The reason and the mission with which he sharpened the katana has been taken away from him. He is stripped of his fate and violently abandoned in a world of shame and revenge. His sword was (and is) in the service of the Divine Heir. His virtue was linked to the protection he was supposed to guarantee, protection which is one of the meanings that the wolf has in the tradition of the Rising Sun. His Lord-Keeper is taken away from him. The name is taken away from him a second time. For the second time he will have to go on a journey to find a new reason, someone or something to dedicate his life to.

Sekiro: Shadow dies twice
On amazon: 45,91 € buy A sortal element, referring to Aristotle, implies that its lack does not affect the existence of the entity. This, however, if we intend to interpret it in direct reference to the character and his mutilation.
If instead we consider that the word Sekiro is used to translate the Native American parable of the two wolves in the heart of man then it is clear that we cannot stop and consider the lack of the arm. Two wolves dwell in the hearts of men. one is benevolent and the other is evil. the feelings that men harbor are the nourishment of the wolves. Sincere and pure emotions will feed the good wolf while destructive and violent passions will feed the bad wolf. choosing which wolf to feed makes a person the strongest wolf reflection. In Japanese this wolf is written as Wolf in Sekiro. That's why we went so deep.

So it can indicate a part of the metaphysical Whole, are we therefore in the ethical sphere? Can we go so far as to see the future course of our next Run? The struggles we will face will be against a world that has already defeated us and will not hesitate to confront us with our failure. We immediately feel many doubts

There is nothing accidental

Nothing is given out of whim or convenience. The first demonstration of a connected, coherent and rich gaming universe begins with the title. Mindful of the nice spoiler on the cover of Dark Souls 3 we can't help but question ourselves starting from the first images, from the title.


Why doesn't a dishonored Samurai take his own life?

Not everyone can get a second chance and nobody can die twice. Shadow Die Twice was the first sign of a dense network that will exist throughout game play. This twice-dying shadow fits our second chance perfectly. We are the shadow? The Wolf's first voyage began on the battlefield, with the opportunity granted him by the Owl. The second journey begins with the second death, its second end. Now that he has lost everything again, he must get back on the road. This time he will be in our company.

Choosing which destiny to embrace is every man's path

By all known as hara-kiri but correctly read seppuku, the belly-cutter indicates the samurai caste's practice of committing suicide to recover lost honor. This dishonor can come from failing or from losing one's Lord. The latter case must be taken into consideration in the discussion of Sekiro's Lore. From the latest news, leaked from the trailer shared here, we know that we are our Lord's escort. So let's start looking for him, he is still alive. We can have a new opportunity to rehabilitate ourselves, in a very modern way, so as to continue to Protect, as our name wants.

It is not the literal translation, it is a poetic concession. It is the existential condition in which the Wolf finds himself. A prosthetic arm cannot fill our void, it can only help us along the way. We have no other companions but our katana. Much attention has obviously been focused on the prosthetic arm and how could it have been done otherwise? We are sure that the amount of clues scattered throughout the map, in the sprites and so blatantly and blatantly in the name will give a hard time to the more fervent imaginations.

Special The Doom Phenomenon: the Saga that changed the first-person shooter

Special 1-2 Switch vs Nintendoland vs Wii Sports: The importance of the bundle at launch

Add a comment from Special Sekiro and the hidden Lore