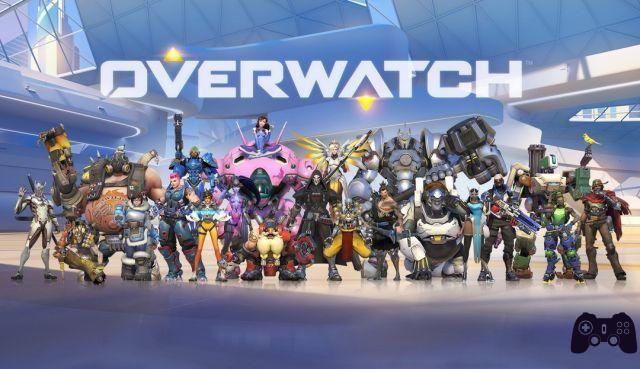 About a year ago, on the occasion of Blizzcon 2014, Blizzard presented a totally new project of the company, a new IP that, unlike what we saw with Heroes of The Storm, did not incorporate elements of the old glories of the Software House and above all belonging to a completely new genre for the American giant. Overwatch it is in fact a first person shooter with a refined graphic style and close to what is proposed by Disney and Pixar digital animation.
We have had the opportunity to take part in the current beta, and we can give you our first impressions of the title.

Friendly neighborhood watchmen… but armed to the teeth

What immediately catches the eye of Overwatch is certainly the accessibility of the game mechanics. In fact, we are talking about an extremely usable title both via the Mouse / Keyboard combination and via the pad. Since before the announcement of the versions for Playstation 4 and Xbox One, in fact, many rumors already assumed a landing of the game also on the flagship consoles of Sony and Microsoft.
Each hero will have a main weapon, two activatable abilities, a finishing move and, in some cases, one or more passive abilities., in short, a structure that adapts perfectly to the mapping of keys of a controller.

However, two very important elements are missing, both inserted as specific abilities of some heroes: the zoom of the weapon and the possibility of taking a shot.With some of the characters it will be difficult to hit the target because unfortunately you do not have the opportunity to properly aim, while missing a shot could be frustrating due to respawn.

This last point is in fact the downside of a structure of the maps created with criteria. In fact, they will be of generous dimensions, able to offer a variety of remarkable approaches and a not indifferent verticality. The undesirable consequence, however, is the one mentioned above. In addition to a countdown of several seconds, it will be necessary to travel, on several occasions, a long journey that will correspond to a dead time in which no opponents will meet and there will be no opportunity to beat their hands.

The "problem" (in quotation marks as it is marginal) is "aggravated" further due to the method proposed in this Beta phase. The four battlefields will host two teams of six players, one attacking and one defending. The first will have the task of completing two objectives, from controlling an area to escorting a truck or cargo while the second will have the task of preventing it. This mode therefore leads to concentrating the fight in specific areas, leaving the other areas practically empty and bringing the subject back to the problem of dead times.

Exactly, nothing serious but risky frustrating.

As for the variety of characters, Overwatch has nothing to envy to other productions of this type. There are 4 macro categories (Attack, Defense, Support and Tank) each of which consists of well-characterized heroes and unique abilities capable of changing the tide of battle if used in a balanced way by a team, especially if close-knit.


Teamwork is therefore fundamental in Overwatch, and a good balance of roles is necessary to win a game (with the same game ready to suggest the lack of one type or another within a team). Having, for example, a team composed only of offensive characters will drastically reduce the chances of victory of an attacking team.
Speaking of balancing, however, a good job has been done, even if some fighters seem too powerful, or resistant, in too many situations, even inconsistently with heroes of the same category (seeing an overweight thug like Roadhog more resistant than an armored gorilla like Winston, is a bit strange), but also in this case nothing transcendental or irreparable. Obviously it is easy to recognize which heroes are more accessible and with immediate mechanics than others that require more practice and experience to be mastered to the fullest.

One of the strengths of the production, right from the first presentation, is certainly the artistic sector. In fact, we are dealing with game maps that, in addition to being very well made in terms of level design, also stand out convincingly in terms of characterization, mixing stereotyped elements of physical places from which they take inspiration with others related to the background lore of the title.

So, for example, we will see a Japanese villa with flowering cherry trees fluidly inserted within a modern urban context of the rising sun or a London suburb submerged by an incessant night rain, inside which there is a secret factory.


Surely, however, the most memorable game arena of the 4 proposals is "Hollywood", in which the clash will take place between various film sets that will vary along the way, also including backstage and areas not accessible to non-professionals.
Excellent work also done on the characters, all different, extremely recognizable and with the typical style of computer graphics products by Disney, Pixar and Dreamworks, just to name the most famous.

The sound samples are also excellent, with music perfectly in line with the rhythm of the games, more and more pressing as time approaches.

The icing on the cake is definitely the Main Theme with epic tones that accompanies the "best moment" at the end of each game.
Good work also done on the dubbing of the characters, entirely, which, apart from some cases, does not clash at all with respect to the Anglophone counterpart.

A story of heroes without a story

Despite all the good things the title has to offer, I'm sorry that there has never been any mention of a possible single player campaign (or cooperative, why not?), Especially thinking about lore set up to justify the presence of former Overwatch members and their opponents. In fact, according to the descriptions, one could potentially have to do with a very standard story but with interesting implications, especially thinking that the project is in the skilled hands of Blizzard already used to working in this field as well.

In any case, given the videos in computer graphics shown in a very siphoned way, it cannot be ruled out that some news about it may be provided in the future.

However, this remains a marginal note and does not affect in any way the preliminary, and therefore partial, judgment of a product strongly, if not totally, focused on a competitive multiplayer component. 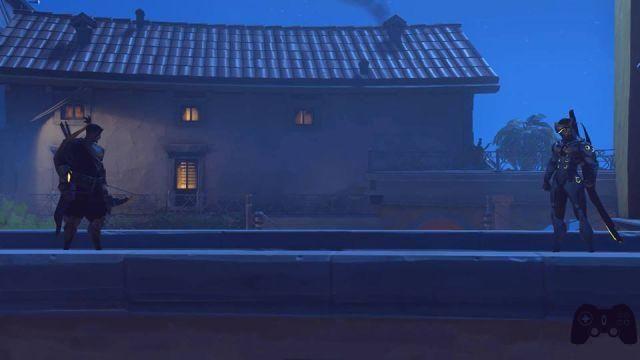 Comment Overwatch is proving, many months in advance of the official release, as a bet practically won by Blizzard. A dynamic, varied shooter, which makes team play its main pivot surrounded by a selection of well-characterized and diversified heroes and by a realization of maps that allow verticality and variety of approaches not just. To this can be added an extremely inspired design and a level of accessibility that makes the game enjoyable both for veterans of the genre and for more casual users. Pros and cons ✓ Well done map and character design
✓ Focus on team play
✓ Numerous and varied characters
✓ Well-made soundtrack x The lack of a standard shot leads to frustrating dead moments
x Good balance but can be improved for several heroes
Do you want to be a video game expert and know all the tricks, guides and reviews for your video games ? Holygamerz.com is a group of video game fanatics who want to inform you about the best tricks, guides and tips. We offer you the best information to be a reference in gaming, so here you can find guides, tricks, secrets and tips so you can enjoy your games to the fullest. Are you ready to get all the achievements of that game that you resist so much? Enter now and enjoy your favorite video game to the fullest!
News PC version of Horizon Zero Dawn rumored ❯