How to Sync Wii Remote, All Wii 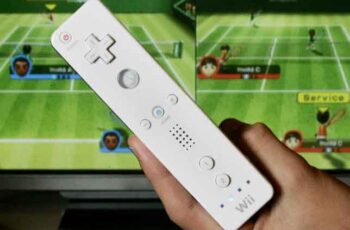 
You will need to pair each Wii Remote separately before using them. If the Wii Remote does not sync, make sure the batteries are not dead and try closing the currently open game.

Before starting to play on your Nintendo Wii or Wii U, you will need to connect the Wii Remote with the console. If you have paired the headphones to your phone via Bluetooth before, then you are probably familiar with the steps to take.

Here's how to sync a Wii Remote with a Wii or Wii U and what to do if they don't connect.


How to Sync the Wii Remote with a Wii

Repeat these steps for any additional Wii Remotes. You can pair up to four Wii Remotes with one console at the same time.

How to Sync the Wii Remote with a Wii U

Repeat these steps for any other controllers you want to pair. You can sync up to four Wii Remotes to one Wii U, but you can only connect one GamePad at a time.

How to connect Wii remote to PC

Your Wii Remotes and consoles connect via a Bluetooth connection. This means that your Wii Remotes can be connected to other devices, such as computers.


If you want to connect the Wii Remote to your PC, for example to use it with the Dolphin emulator, here's what you will do.

The Wii Remote is now connected to the PC.

How to turn off the camera during a call with Zoom ❯

add a comment from How to Sync Wii Remote, All Wii