Super Mario 64: where to find all the stars of Isola Granpiccola

We would never have said that before Nintendo, but it seems that plumbers' primary concern isn't repairing faucets and showers. Apparently, behind this often underestimated profession, there is a great love for the stars. Maybe plumbers are dreamers? We can't say for sure, but certainly the most famous of all hides a certain love for astrology.

If it had been otherwise, we would not be here to tell you how to collect all stars on the Little Island level in Super Mario 64. Many years after its debut, the masterpiece for Nintendo 64 never ceases to thrill the public, as evidenced by the recent release of Super Mario 3D All-Stars for Nintendo Switch. Are you ready to complete the game 100%?

A matter of size

Collect all the stars of Isola Granpiccola it will undoubtedly be an interesting experience. The level in question, in fact, is one of the most original of the entire work and has a unique mechanics, thanks to which Mario will be able to shrink or enlarge as needed (to do this you will have to enter either the painting on the left, or the one on the right). This will also apply to enemies, of course, so be careful.

Obviously, the following article does not involve any spoiler dangers, given the purely playful nature of the title in question, but, if you really don't want to spoil any surprises, it is clear that we advise you not to continue reading. However, if you have come this far, you may have already assumed that you absolutely need our help. 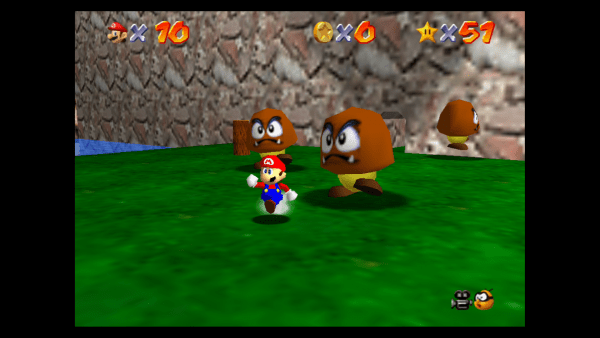 Snatch the Flower of the Piranha - Super Mario 64: stars of the Great Little Island

To collect this Little Island star in Super Mario 64 you will need to be great, then enter the smaller painting. Here you will find two islands: go through the first and proceed to the second, where you will find a pipe and a Piranha Plant. Enter the tube to become small. Now you will find yourself on a larger island with two large Carnivorous Plants. Defeat them to make a flower appear. 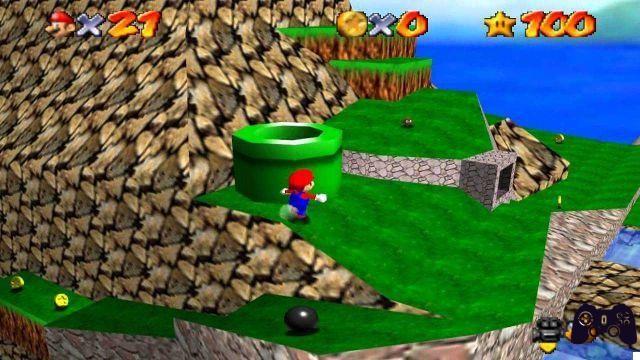 Our Super Mario 64 star collection requires you to get to the top of the Island. The level is not as big as others already seen in the game, but it is very free and there are several ways to achieve the goal. The easiest way, in our opinion, is to leave on the smaller island and reach the island with the Carnivorous Plant and start from there. In any case you will have to be little Mario on a large island to reach the star, which found in a crate with the sign "!" . 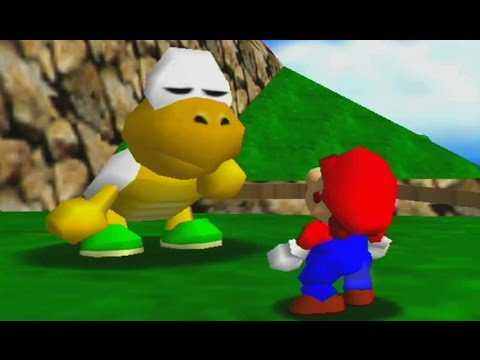 Having already met him at the Battle of Bob-Ombe, Koopa the Swift wants his revenge. You will find him on the big island, and talking to him will start a new race. As usual, you'll have to beat him without taking unfair shortcuts - like cannons - to get the coveted star. 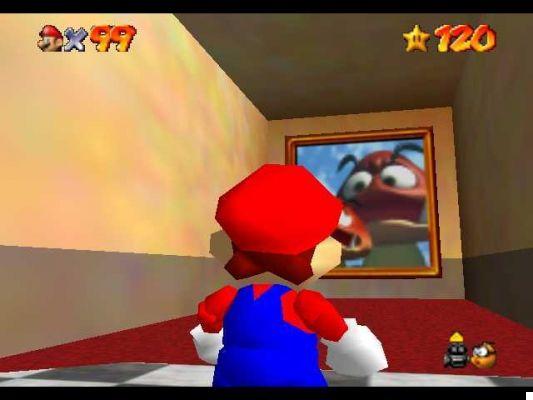 To collect this star in Super Mario 64 you will have to find five little secret places. You must be on the small island, so Mario must be large. To unlock these secrets you will need touch holes that are too large for the Mario Grande (excuse the pun), which, in the large version of the island, can be used as shortcuts. Here's where to find them: 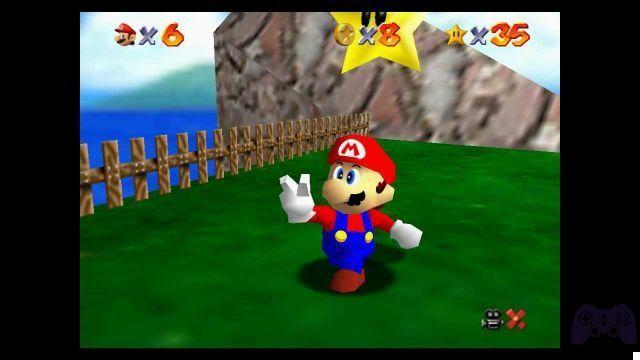 Super Mario 64's star gathering continues with an explosive situation. In fact, you will have to shoot yourself with the cannon at the nearby tree. Once you land, get off the tree and cross a small wooden bridge up to an opening. Enter it and collect all 8 red coins - which will be highly visible and hard to miss. 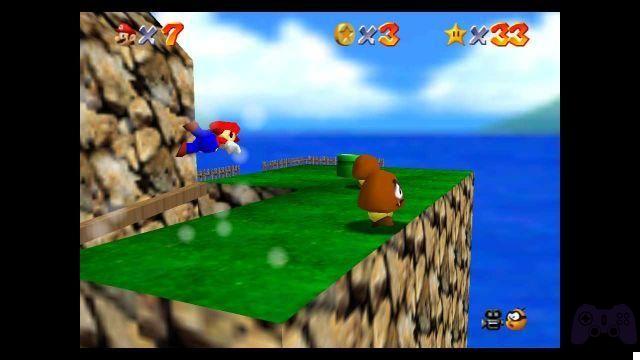 To collect the penultimate star of Isola Granpiccola, we recommend that you take on the role of Mario Grande. This way you can more easily climb to the top of the island once again. Here use the tube to become small again. After that, go to the spring on the top of the mountain. Ground-Pound to make a hole inside and enter it. Here you will fight against Wiggler, a historical enemy of Mario. Defeat him and collect the star. 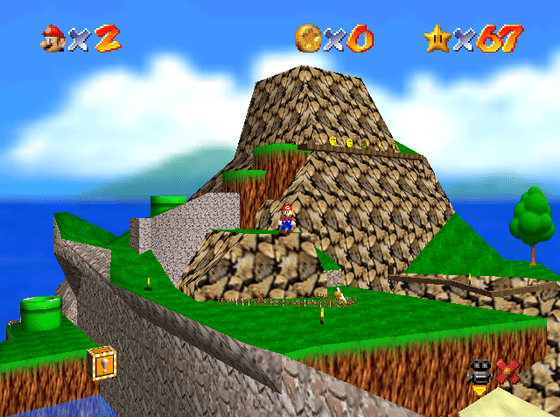 Isola Granpiccola actually consists of two levels - one large and one small. This involves the presence of as many as 200 coins, which will be easy to collect thanks to the large amount of opponents. Collecting 100 will not be a problem. Don't forget the 15 blue coins! 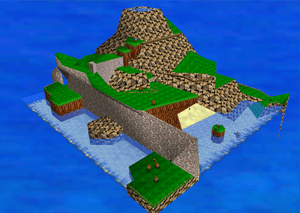 Here we are at the end of this guide for collecting all the stars of Isola Granpiccola in Super Mario 64. Probably, compared to the previous level, you will have had fewer problems, but we hope we have been helpful with our suggestions anyway. If you are looking for other Stars for other levels, we advise you to take a look at the articles published or that we will publish shortly on our pages.

Super Mario 64 is available in the Super Mario 3D All-Stars collection, which is present exclusively on Nintendo Switch and in a limited edition. Did you buy it or did you prefer to replay the old chapters on their original platforms? Let us know in the comments and stay on the Holygamerz pages for any news about your favorite video games.

Super Mario 64: where to find all the stars of Monte Gigante ❯

add a comment of Super Mario 64: where to find all the stars of Isola Granpiccola