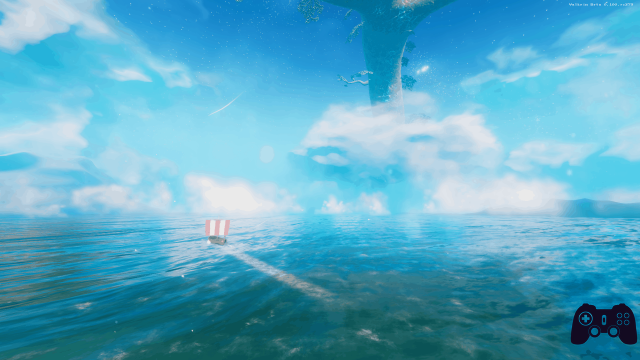 My warriors Valhalla awaits us! We will sit with Odin, drinking beer and recounting our deeds. In this way we are presented, in various popular songs, the room used for the heroes who were worthy of it in life. But in Valheim It is not so. We will begin our story by taking on the role of a Viking carried by a crow, who will abandon us in the moors of a forest.

From here we will begin our journey to secure our place next to Odin. Because? Because we just died. We should start our struggle for the kingdom of the Aesir in kingdom of Valheim. We don't know what happened to us, nothing. We just know that we want to win our right to enter Valhalla.

In playing Valheim one can only be entranced by the art that exudes from this work and which is perhaps the key to the success of this game. The visual style is painted in low poly, which is very reminiscent of the graphics of the first Playstation. How many times, in our youth, we wanted an open world on the Sony flagship, but, thanks to the technology of the time, we never managed to have it. The nostalgia effect, in this case, it plays a role predominant, and it does so on an imperceptible, almost subliminal level. While playing, with a glimpse of Yggdrasill kissed by the moon, I could only be dazzled by the memories of a lost youth. A bit like my protagonist's lost life.

My Valhalla made of Low Poly and old games


What I achieved, once the Valheim preview started, was the Valhalla of my childhood. It was finally being able to live a dream now dead and dormant in the meanders of the mind. And I believe that many can say the same.

Valheim and the concept of survival 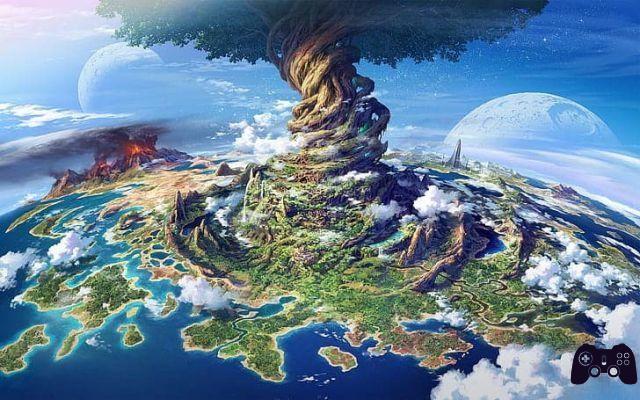 Yggdrasill According to Norse mythology, Yggdrasill is the tree that supports the 10 worlds described in the various ballads. We can find, starting from the roots, Helheim, until you get to Asgard

What is surprising, in the opinion of the writer, is how the game mechanics, which draws inspiration from the genre survival, is used to give us a message: in front of the death we are fragile. In the beginning we will have nothing, we would be stripped, just as we could be facing death and we will have to try to survive. As we move forward, we will become stronger and stronger, just as we will accept ours new state. Without turning around, Valheim embodies the 5 stages of mourning.

In the silence we will face a journey that will have to take us to ours Asgard, to our acceptance of pain. We will pass from the stage of denial, where we won't believe what we're seeing, that of anger, grinding the resources. Then to the bargaining stage, in which, thanks to the resources collected, we will think we are stronger. Finally to the phase of depression, given by the momentary impossibility of facing bosses in the game world. 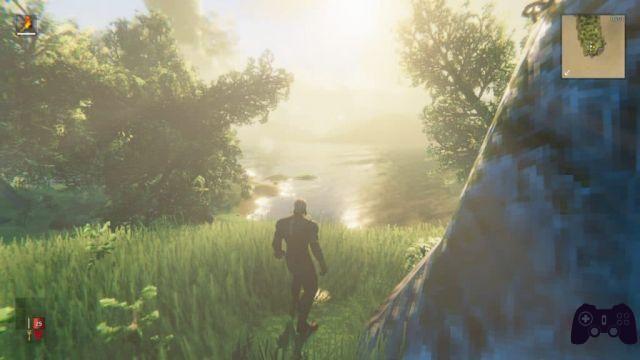 All this always seems to work on a imperceptible level, always hidden, like the our fear of death. Obviously, Valheim can be taken as yet another survival who is having luck in this dead period, but perhaps it is thanks to these interpretations that the game is having such success.

Valheim it is in early access. The developers are working hard to give the full support to the product. The game also features multiplayer and clash mechanics pvp, which can be activated and deactivated in the menu. At the moment the title deserves a lot given its artistic nature and a "permissive survival". Even for those who are not fond of the genre, the game progression it gives the player a chance to settle in with its mechanics.

Furthermore, the developers have already released one roadmap for 2021, where they will add new ones biomes e boss. Obviously it is hoped that this success is not just a fad. The product is good and can be a game to watch. And I'm sure that's the surprise of that 2021.

Comment Valheim, the survival game from the Iron Gate Ab studio, is the surprise of this early 2021. The game, combining simple survival mechanics with low poly graphics, is a real gem in this February with no sensational releases. Alone or with friends it will guarantee you hours of fun and entertainment. And then wouldn't you like to aspire to Valhalla too? Pros and cons ✓ Artistic direction
✓ Simple survival mechanics x Hoping that the game will be supported over the long term
Do you want to be a video game expert and know all the tricks, guides and reviews for your video games ? Holygamerz.com is a group of video game fanatics who want to inform you about the best tricks, guides and tips. We offer you the best information to be a reference in gaming, so here you can find guides, tricks, secrets and tips so you can enjoy your games to the fullest. Are you ready to get all the achievements of that game that you resist so much? Enter now and enjoy your favorite video game to the fullest!
The Last of Us Review Part 2 between politics and reviews ❯

Add a comment from Valheim preview: traveling to Valhalla