Fall Guys and server problems: legendary skins and free Kudos for everyone 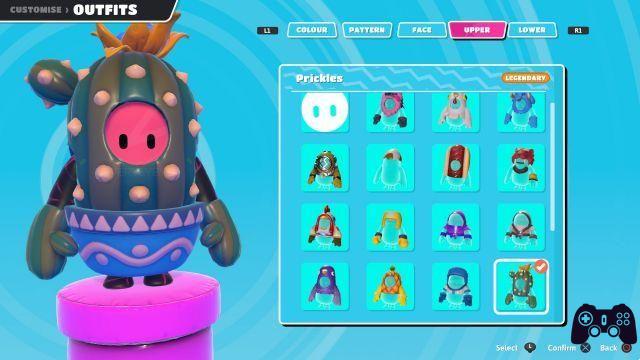 During the first week after the release of Fall Guys Ultimate Knockout It has often been problematic to be able to find a game and, in some cases, even access the servers due to the large number of players connected to the servers. To be forgiven, the development team has just given its users some in-game items.

Anyone who has logged into the game at least once between 4 and 12 August 2020 it will automatically find itself in your inventory a legendary costume e 5.000 Kudos to spend in the shop. The costume donated to the players is none other than the rarest variant of the cactus, which was created thanks to a competition that involved the community and which took the name of "Make A Fall Guys". However, there still seems to be no trace of the skin that the developers had promised to beta players, which should reach all users who took part in the tests that preceded the release of the title in the coming weeks.

We remind you that the Team Fortress Scout has arrived in the Fall Guys Ultimate Knockout store and is only available in the Steam version of the game. PlayStation 4 users can instead purchase the blue variant of the mammoth, available at the price of 6 Crowns.

Did you know that Fall Guys is already 10 million players?

Fall Guys for free: how to activate cross-save on PC, PlayStation, Xbox and Switch ❯

add a comment of Fall Guys and server problems: legendary skins and free Kudos for everyone