Guides How to invite inhabitants to the island - Animal Crossing: New Horizons 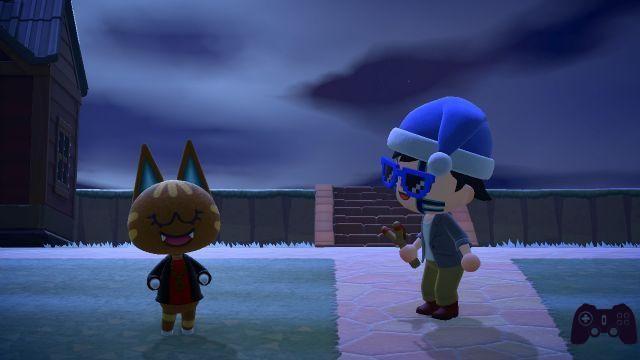 Among all the aspects that characterize the series of Animal Crossing, the most iconic one is certainly given by the incredible variety of characters with which you will find yourself interacting. On New Horizons in particular it will be important to understand which ones you want to welcome on your island to create the perfect environment around you. For this reason, in today's guide I will talk about how you can recruit as many as you want, specifying the most optimal methods with which you can do it. For more details on the title you can consult ours complete guide.

How to recruit the inhabitants

Some of the most iconic inhabitants of the series, such as Blatero, Fuffi or Tom Nook, you can get them get automatically, as they will manage vital facilities for the island, such as the town hall or shops. Still others will have their own dedicated secondary missions (such as Spirideo). 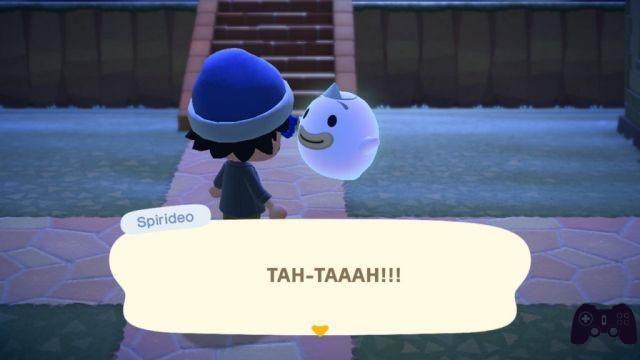 Both fall into the category of "special inhabitants", and will be able to get to the island in a much easier way than the others.

Those who move home to the island, however, will need some slightly more complex process.

Before understanding how to recruit new inhabitants, there are a couple of things to keep in mind.


First, you can have them on your island a maximum of 10 (not counting the ones mentioned above), and with each new game you will immediately have two waiting for you.

A method therefore to check the inhabitants you want from the beginning will be to create a new game, wait to arrive for the first time on the island, see if the initial inhabitants will please you or not. In case you are happy with it, simply continue with the game, otherwise delete the game data from the console and repeat the process. 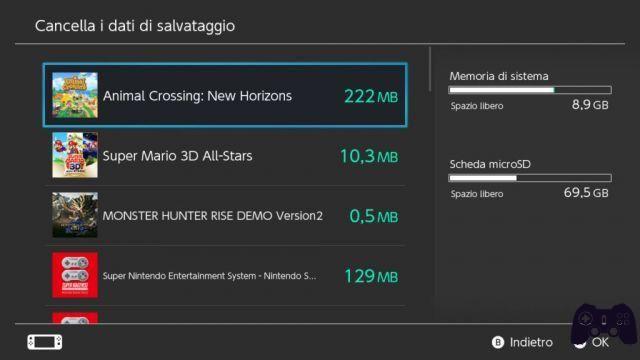 However, there are 3 criteria that the first two inhabitants will always follow in any case, which you will have to keep in mind before starting the search, namely:

For this reason, at the beginning you will not have the opportunity to find all the inhabitants, but only a few. To get more, you will have to wait for the moment when you unlock the ability to invite the other 8.

How to get the other inhabitants

At some point in the adventure, Tom Nook will ask you to build 3 inhabited spaces in which to host new inhabitants in the future. This series of missions will not only unlock the ladder and therefore the possibility of accessing the parts of the island that were inaccessible until now, but will allow you to expand the maximum amount of inhabitants that can be hosted on the island from 2 to 5.


For the other 5, however, you will have to wait for Tom Nook's tent to be expanded into a municipality, then go to the raccoon door and ask him, in the infrastructure section, to place new living spaces.

Clearly placing only inhabited spaces will not be enough, and indeed you will have to personally think about looking for the inhabitants you want to invite them to the island.

To do this, you will have two main methods: exploring the mysterious islands or waiting for new guests at the campsite.

The mysterious islands are small maps generated in a more or less random way, reachable by buying a Nook miles coupon at Punto Nook and using it at the airport (select the dialogues "I would like to leave." and "Flying with a coupon.").

In the place you reach there will not necessarily be an inhabitant, so if you don't see anyone just take what you need, go back, buy a new coupon and try again. Mainly what I recommend you to see before going back are plants, insects and fruit, since especially the latter can be useful for earning money very easily. 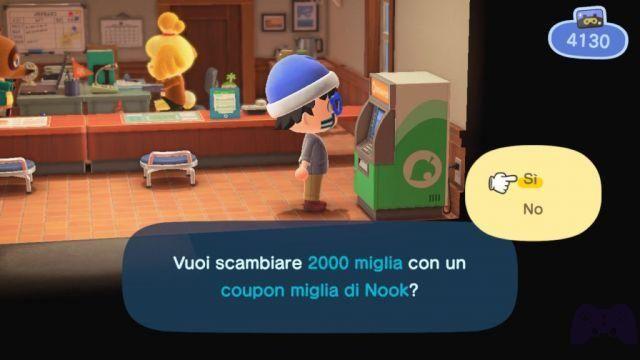 Returning to the inhabitants, there will be no way to predict for certain which will appear to you on each trip, but knowing the criteria of appearance you can at least calculate the probability of running into the anthropomorphic animal that you want as a neighbor.


When an island is generated, in fact, to determine the inhabitant who will turn on it first of all it will take randomly one of the 35 species present in the game, then based on the result obtained it will take one that always belongs to you randomly.

For example, let's say you want to get Toppetta: the probability that her race, the Bears, will be chosen will be 1/35, and since there are 16 Bears in the game there will be a probability of 1/16 that what will be taken will be her.

Given the small percentages that many of these inhabitants will have, it is useless to explain to you how tedious the procedure could be, so there is not too much advice I can give you. The only thing I can tell you is to accumulate as many coupons as possible e arm yourself with a lot of patience if you choose this procedure.

One last thing to keep in mind is that the inhabitants will appear on the mysterious islands only if there is free space on the island, and if this free space remains free for more than a day, the chances are very high that it will be sold to a random inhabitant.

For this reason, if you want to avoid unwanted guests on your island, continue to reset the console date so that it always remains the same in which the space was made free.

Another less expensive but equally casual way of bringing in new inhabitants is the exploitation of campground, one of the structures that you will find yourself building on your island during history.

Here you can receive visits from several different inhabitants, usually every 4 days. As with the mysterious islands, the appearance criteria will be rather random, although they will be much simpler in this case.

In fact, you will have a 50% chance that a random inhabitant will appear, while in the remaining 50% you will find an inhabitant with a character you won't have on your island. At least then you will have a minimum of control over who might appear, so I advise you to check the character of all the inhabitants you have on the island before throwing yourself on crazy time journeys. 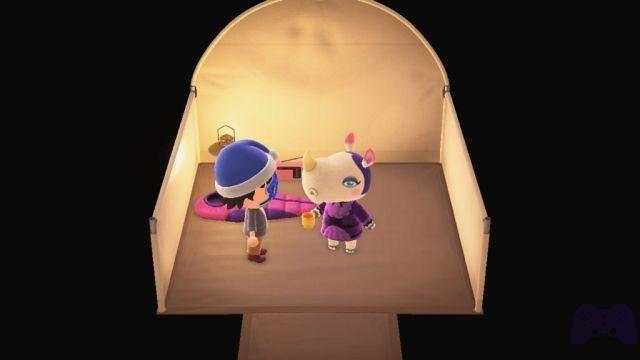 If there is a visitor at the campsite, Fuffi will announce it as soon as you enter the game, so in this case go immediately to the campsite to see who has arrived.

In case you are interested in the animal in question, start talking to it for a chance to have it transferred to your island.

The choices in the dialogues

By starting the dialogue, you can have 3 options:

If the opportunity arises to ask them to move, they may be there as well 3 different answers:

You can talk to him as many times as you want, so even if he gives you the welcome, don't be discouraged, just be insistent!

The card game, among other things, will do it only once, so in subsequent dialogues it will not propose it again, leaving only the first two answers. If he has then refused the offer with the card game, the probability that he will accept in this case will be very high (about 71%).

A substantial difference that you will find with this method compared to the mysterious islands is that you can transfer inhabitants to your island even if there are no free spaces. If you are in this situation, you will be asked for a replacement with one of the inhabitants on the island.

Since he will propose you who to exchange with, you will not be able to choose directly who to say goodbye to. For this reason, if he asks to replace a resident you care about, stop at the screen where he will ask you to confirm or reject the proposal, close the game and restart it. If you don't, the game will automatically save right after and you'll be screwed.

This of course will add an extra layer of randomness, as not only will you have to interact with him again until he asks to move again, but you will have to hope that he will propose the exchange to the resident you want to let go. So prepare yourself psychologically to perform various resets before claiming victory.

With all the randomness that you will have to encounter with the first two methods listed, is there at least a system or a trick to skip hours and hours of useless farming without struggling?

The answer is technically yes, but you will need to have Animal Crossing Amiibo cards made available in recent years by Nintendo. If you have one with a dweller you want, just go to Point Nook and select the “Invite character to” option. 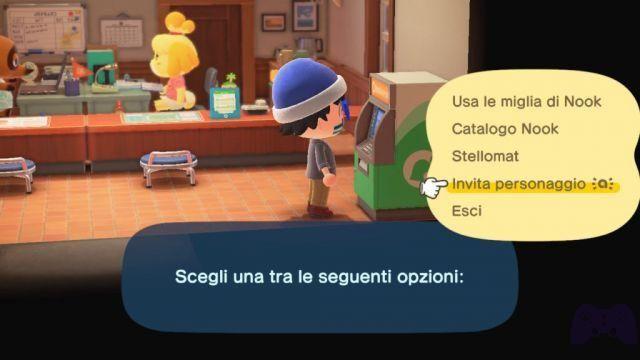 After scanning the card with the desired animal, this one will arrive at the campsite on the island right away. Obviously it cannot be that simple to obtain it, so before you can actually add it to your island you will have to scan it in 3 different days and complete its requests in each, which will consist of building specific objects and bringing them to him.

At least if you constantly change the date of the game going forward you can finish everything quickly, and once completed you can choose which inhabitant to replace it with without going through further barriers of randomness.

Of all, this is definitely the fastest system ever, but you will need to physically own Amiibo cards specifically (Amiibo figurines are not yet supported). Also count that for the new characters introduced in New Horizons there are no cards yet, so this possibility will be completely out of the question.

Yes, where the game can create difficulties, your friends (real or online) can intervene to give you a hand.

In fact, if an inhabitant you want is about to leave the island of a person you visit, you can go talk to him and convince him to join yours, as long as you have free space.

As you can guess, in the absence of Amiibo cards this will be the fastest way to get whoever you want, but rightly so you will have to have friends with the game of course. 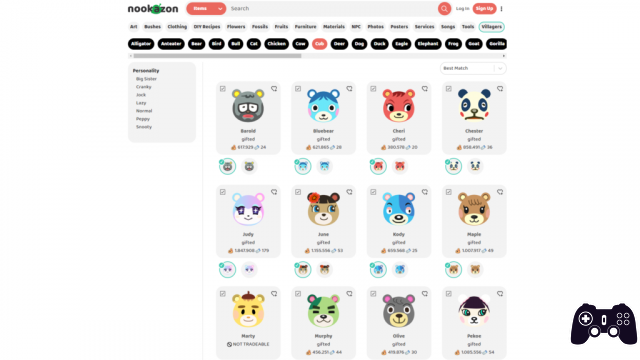 However, if you do not meet these requirements, you can always check out sites like Nookazon.com, where you will find other players with the desired pet on the way. In this case, however, you will have to reward them with items requested by them, so check the suggested prices carefully before making any "purchase".

Do you want to be a video game expert and know all the tricks, guides and reviews for your video games ? Holygamerz.com is a group of video game fanatics who want to inform you about the best tricks, guides and tips. We offer you the best information to be a reference in gaming, so here you can find guides, tricks, secrets and tips so you can enjoy your games to the fullest. Are you ready to get all the achievements of that game that you resist so much? Enter now and enjoy your favorite video game to the fullest!
Sunset Overdrive Review ❯

Fortnite: here are the challenges of week 12

Fortnite: Challenges of the week 4 and 5 revealed in advance

The Division 2 Guide to Dynamic Activities and Outposts

Pokémon GO Guides - How to find and defeat Giovanni

Add a comment from Guides How to invite inhabitants to the island - Animal Crossing: New Horizons