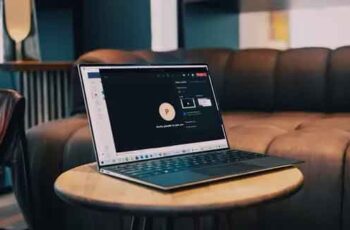 Microsoft Teams continues its Formula 1 race in the world of video conferencing apps. The company came ahead with Microsoft Teams with its new features and functionality. Among these, screen sharing is probably the most important feature, useful for showing content to other participants. If you are having trouble sharing your screen on Microsoft Teams, please read below to find out how to fix it.


Screen sharing is useful for administrators and educators who show their display configuration to other members during the call. You can also use the built-in whiteboard in Microsoft Teams to collect ideas and thoughts.

1. USE A HIGH SPEED INTERNET CONNECTION

You are practically sharing your PC display with other members while video calling in screen sharing mode. This may sound simple in theory, but it requires high-speed internet speeds for flawless background results.


You can visit fast.com or use services like Speetest and make sure you have good internet speed numbers. If your Windows 10 PC or laptop is connected to the 2,4GHz Wi-Fi network, consider switching to 5,0GHz for a better connection and speed.

If a third-party app or web browser tab is downloading or streaming large files over the internet, you should consider stopping the download process while screen sharing in Microsoft Teams.

Make sure Microsoft Teams gets the maximum bandwidth to use during long video calls and you won't face any problems.

This applies to PCs and laptops with low RAM numbers. When you have too many apps and task processes running in the background, it interferes with Microsoft Teams and its features, such as screen sharing.

Follow the steps below to close background apps and tasks.

Step 3: If you notice unnecessary CPU usage by a random app or process, click on it and hit End Task at the bottom.

If you often run into problems with Microsoft Teams, you should make it a routine and stick with it before an important meeting.

If you are using the web version of Microsoft Teams, you must use Google Chrome or Microsoft Edge on Windows 10.

Instead of using Firefox or Vivaldi, consider switching to Chrome or Edge for a seamless screen sharing experience in Microsoft Teams.

5. MAKE SURE YOU HAVE SCREEN SHARING AUTHORIZATION

How to share screen on Google Meet and other tricks

Attendees can also share their screen during Microsoft Teams video calls. But first, you need to contact your admin to grant you the relevant permission from the Meetings options in the Microsoft Teams app.


Without this, you as a participant will not be able to share your screen in group meetings.

Here's how to grant the relevant permission for screen sharing in Microsoft Teams.

Step 1: during a call, click the three-dot menu in the menu bar above.

Step 3: under the “Who can bypass the lobby” option, select Everyone.

Now all Teams call participants can share their screen during a presentation. This is very useful in the education sector, where teachers ask students to deliver presentations via the Microsoft Teams call.

6. RESOLUTION OF THE LOWER DISPLAY

Red lines on the monitor display - what to do?

This is very useful when working with a 4K display on Windows 10. By default, Microsoft Teams must send 4K content via screen sharing. You can reduce the screen resolution and reduce the load on the Microsoft Teams app. Here's how to do it.

Step 3: select a low screen resolution and restart your PC.

How to clear the cache on a Windows 10 computer

Step 3: type% appdata% MicrosoftTeams in the box and press Enter.

Step 4: will open File Explorer with the folder containing the Teams files.

Step 5: select all and delete them from the PC

Restart your PC and try your luck again with Microsoft Teams.

Microsoft Teams screen sharing not working may be related to an outdated build on your device. The software giant regularly releases software updates to the app to add new features and fix bugs.

Open the Microsoft Teams app, click the three-dot option in the menu bar and check for updates. Install the latest build on your device and start screen sharing during group meetings.

Microsoft Teams is constantly advancing with new features like gallery view, workgroups, and more. It quickly became an integral part of our work-from-home setup.

Screen sharing plays an important role in conveying a message during video meetings. Follow the above steps and you can easily fix screen sharing not working on Microsoft Teams.