Atelier Ryza: how to get the Wind Shoes

Among the most important equipment that you will have to get hold of through the alchemy in Atelier Ryza we find the Wind Shoes, find out with our short guide how to get them

Atelier Ryza: Ever Darkness & The Secret Hideout is the attempt, rather successful as we explain in our review, by Gust of renew and rebuild his longest-running series without distorting it. A title able to introduce newbies into complex mechanics, but certainly more manageable than in the past, and to amply satisfy even veteran players with its depth.

Alchemy is one of the mechanics at the base of all the Atelier Ryza gameplay and it is through this that we can obtain most of the essential equipment for every good adventurer. It will also be the only way to get the strongest weapons in the game, which can be crafted using materials that are increasingly onerous and difficult to recover, but which will give great satisfaction even during fights. 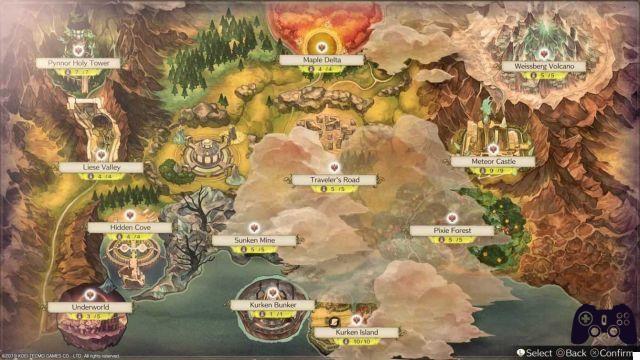 What we want to talk about in this guide, however, does not concern a weapon or armor, but one of the items that can be equipped in the "Gathering Tools" menu: the Wind Shoes. These shoes will allow you to move faster on the game map, setting aside that hopping run typical of Ryza.

The most important feature of the Wind Shoes, however, will be exploitable if and only if you manage to obtain i due Effect “Wind Rider” e “Light Weight”: in this way, the shoes will allow you to interact with the Exploration Points scattered throughout the game maps and, therefore, to jump on the rocks that run through small rivers or take advantage of the whirlpools of wind to climb the heights and thus complete the title at 100 %.

In fact, you can get new chests, complete treasure maps or find particularly rare materials that would be unattainable otherwise. Getting the Wind Shoes in Atelier Ryza is not at all easy, also thanks to a tutorial system that complicates life rather than simplifies it, so discover with us how to do it, step by step! 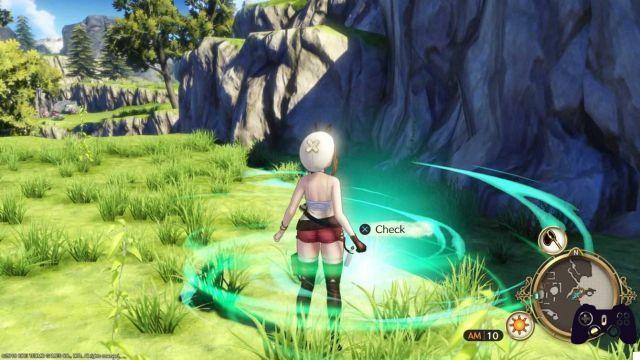 To make a table, you need wood - Atelier Ryza: how to get the Wind Shoes

You can build the Wind Shoes through Alchemy when, shortly after halfway through the game, you reach the Pynnor Holy Tower for the first time, the top left map of the game world so to speak. The first recipe you will need is the Bestial Air, which you will get in the early stages of the game, and using the R1 button on PlayStation 4 quickly create a fair amount by selecting the "Low Quality" option.

After this first initial step, the best part comes: to explore. We will have to find two fundamental and rather rare elements if not reached the latest game maps: the Delphi Rose and Trihorn. The easiest way to farm some Delphi Rose is fast travel to the Liese Valley and pass the bottleneck on the right, as soon as the map of the area has begun. Here you will find four flowers in a small cave (together with a chest, which we are not interested in for this guide) on which you will have to use the ax to collect them. Also in this case we advise you to collect a fair amount, so as not to be mistaken. 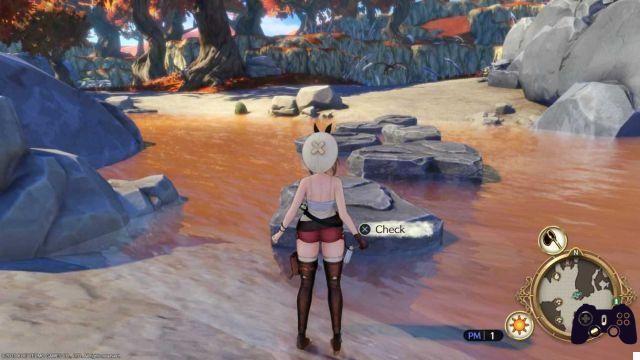 To make wood, you need the tree - Atelier Ryza: how to get the Wind Shoes

The second fundamental ingredient to obtain the Wind Shoes with the Wind Rider Effect are the Trihorn, of the cockroaches with three horns that you can find by going to the Pynnor Holy Tower, specifically in the Sanctuary Garden map. The fastest and most effective method is to go to the entrance of the tower, proceeding straight from the beginning of the map, where you will find a log on the ground on the left: use the insect net and you will get one, if not more, of the bugs. Repeat the trip a few times, it will be convenient to have duplicates. You can of course go around the Sanctuary Garden map and get them from the other strains scattered nearby, perhaps fighting some monsters to level up.


Once all this is done, go back toRyza's Atelier in the Pixie Forest. One of Bestial Air's alternative recipes is the one for the creation of Sorcery Rose, via the Delphi Rose we found at Liese Valley. Create some, even low quality ones, and you will unlock the Sorcery Rose. At this point, it's almost done, follow us.

The alternative route to the Sorcery Rose, obtainable via the Spirit Bottle (a rather simple item to obtain), they are precisely the Wind Shoes. Create a couple quickly, without worrying about the effects you will get, and then, through the Item Rebuild, make sure you have completed the "right side" of the recipe. Using the Sorcery Rose you will unlock the "Light Weight" Effect and through the Trihorns you will get the Material Loop for the "Wind Rider". Complete the recipe as you wish and believe to increase the quality of your Wind Shoes. 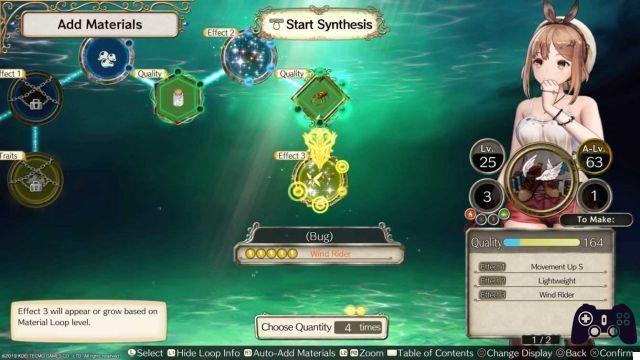 Following these steps you will finally get your Wind Shoes and you will be able to explore the various game maps of Atelier Ryza: Ever Darkness & The Secret Hideout to the extreme. Platinum is just a few steps further.

And you? Are you playing with it? Or are you absorbed in Death Stranding so much? Write it to us below in the comments!

Audio Video Atelier Ryza: how to get the Wind Shoes
Blair Witch: guide to get all the endings ❯

add a comment of Atelier Ryza: how to get the Wind Shoes