Demon's Souls boss guide: how to beat the False Idol

As for difficulty, the new remake di Demon’s Souls it has nothing to envy to the original work of From Software. The game world is infested with fearsome demons and treacherous traps, but the biggest obstacle for most players is the bosses. For this reason we have decided to create one Complete guide to Demon's Souls bosses and in this new episode we will explain how to beat the elusive False Idol of the Latria tower.

Let's start our umpteenth guide on how to beat Demon's Souls bosses talking about as usual how to prepare for confrontation with the False Idol. This boss looks like a churchwoman with four arms and it seems to be revered by the inhabitants of Latria. In reality, however, this creature has nothing holy, since in reality it is a terrible demon thirsting for souls.

The False Idol is a boss who attacks using only spells, so against him we advise you to use armor with a good one magical defense. Also, as you can imagine, the demon itself boasts a high magical defense, so we advise against using offensive spells during this fight.

If you are able to use bows or crossbows it might be wise to also stock up on munitions. Alternatively, throwing weapons such as bombs or daggers could be for you. 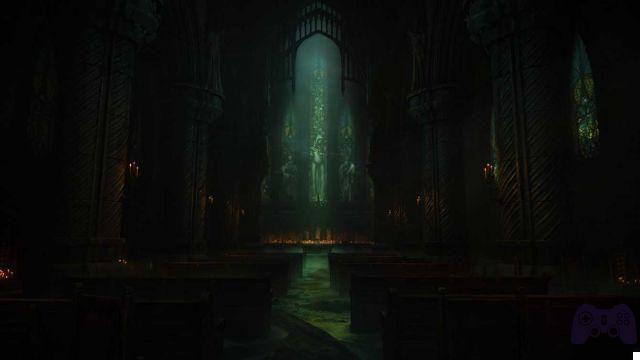 For sure you will be impatient to defeat the False Idol but before entering the fog it is very important to follow a certain step. At the base of the staircase that leads to the boss arena, there is a road on the right that leads to the upper part of the church and it is essential that you follow this path. At the end of the upper corridor you will find a closet with inside a prisoner performing a strange ritual and a key hanging on the wall.

On the surface this NPC may seem friendly to you, but in reality he will use his magic to revive the False Idol immediately after you defeat him. For this reason, before starting the bossfight you will have to come here and killing it, so that he can no longer put a spoke in the wheel. But remember not to kill the prisoners inside the boss arena unless absolutely necessary, since they might come in handy during combat. 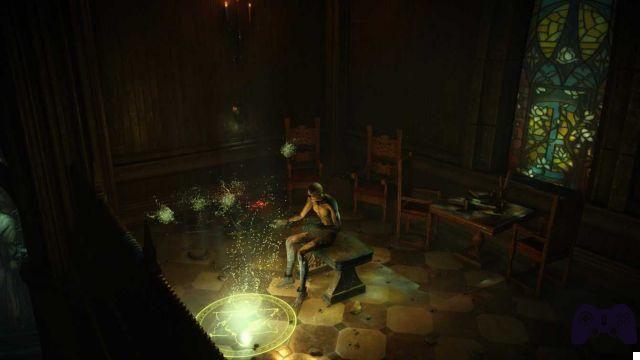 Spot the differences - Demon's Souls boss guide: how to beat the False Idol

In the course of the fight, the False Idol will be able to use his powers for summon several clones perfectly identical to him. These doubles will not only confuse you, they will also be in degrees of attack you autonomously. In the midst of this chaos it is easy to panic, but in order to win you will need to remain calm and locate the original False Idol.

There are several methods to distinguish the real boss from his clones. First of all, if you left the prisoners alive inside the arena, these they will always turn in the direction of the False Idol to venerate him. Also, the doubles will only attack you with the spell Arrow of the Soul, while the original boss will use Soul Ray and a paralyzing magic instead. Finally hooking a clone with automatic aim above him will appear a little life bar, which will not happen if you aim for the true False Idol instead. If you pay attention to all these factors, you will certainly have no problem distinguishing the real boss from the fake ones. 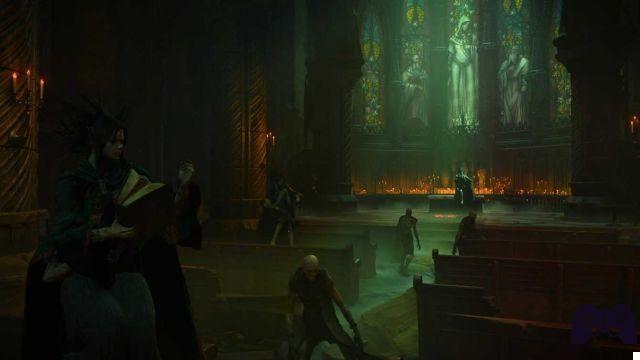 Planning an attack - Demon's Souls boss guide: how to beat the False Idol

Now that you know how to recognize the False Idol from its lookalikes, the time has finally come prepare a plan of attack. As soon as you enter the arena, all you have to do is run towards the boss, avoid some spells and then hit him as much as possible before he teleports. Once this is done, before the False Idol reappears together with its clones, we advise you to run and hide behind one of the columns on either side of the nave, as you will be perfectly safe here.

Once the boss is repositioned he will use his powers to place powerful ones on the ground paralyzing runes that will activate when you pass over it. These traps are completely invisible, but when they are placed you will be able to see them for a couple of seconds, so be careful and try to memorize their position. Also remember that prisoners can make runes visible by hovering over them so, if you see one running towards you, pay close attention to the path it is following.


Once you have identified the true False Idol and found a safe path it will finally be time to take action. The quickest way to get rid of the boss is to run towards him and hit him as much as possible with a two-handed weapon. In this way the False Idol will suffer a lot of damage and will be forced to teleport and reposition both his clones and paralyzing runes. Before carrying out this direct assault, however, we advise you to understand the spell timing of the boss and his impersonators, as otherwise you could risk dying before you even manage to land a single hit.

Alternatively, if you prefer to act more calmly, you can try to eliminate all clones before attacking the False Idol. Regardless of the damage dealt, a couple of hits should be enough to make a lookalike disappear, so the best way to get them out of the way is to use a bow, a crossbow, spells or throwing weapons. 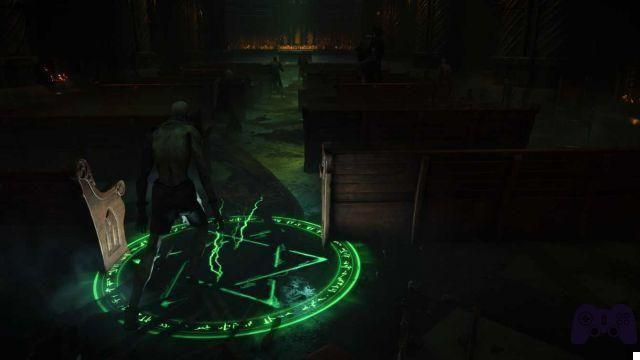 Thanks to this article, you will certainly have no problem overcoming the insidious tricks of this demon. If this guide on how to beat the False Idol was useful to you, we recommend that you check out the other Demon's Souls boss guides on our site as well:

Demon's Souls boss guide: how to beat the Flaming ❯

add a comment of Demon's Souls boss guide: how to beat the False Idol