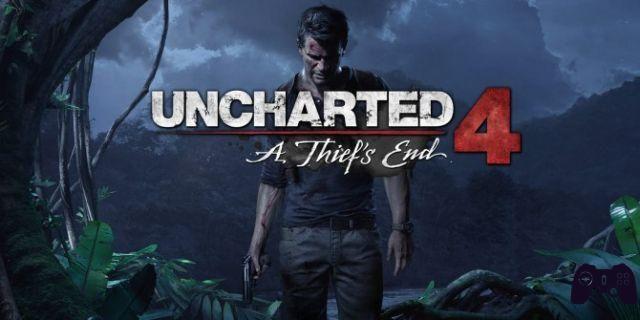 Since the era of the first PlayStation, Naughty Dog has been one of Sony's most renowned software houses, capable of creating more and more inspired and playfully successful series and aiming at each release to an ever better narrative and direction. As we said a couple of weeks ago, on the occasion of the review of Ratchet & Clank, unlike Insomniac Games, Naughty Dog has already closed two trilogies (net of spin-offs) trying to renew itself and learn from past experiences, proposing new IPs more and more mature: from the paramele with jeans and sneakers, passing through a pair of wanted men corrupted by a dark force, ending with a post-apocalyptic world and analyzing the human nature. The appeal is missing a series, which was the centerpiece of Naughty Dog's work on PlayStation 3 and probably one of the most loved by owners of Sony consoles: Uncharted tells the adventures of a treasure hunter archaeologist, with a joke and an easy trigger, which makes a bit of a verse to Lara Croft and her saga in general, a bit to the Indiana Jones films, putting him in search of ancient riches and lost cities. Announced at the end of 2013, officially presented at E3 2014 and postponed several times in the past few months Uncharted 4: End of a Thief finally arrived in stores all over the world on May 10th, exclusively for PlayStation 4, although there was no lack of more or less legal day one breakups, and the abandonment of Amy Hennig with handover to N e Bruce Straley (former creators of The Last of Us). After our preview of one of the game's largest areas, we devoured Nathan Drake's latest adventure and are ready to give you our impressions.

This review will cover only the Single-Player mode, we will analyze the multiplayer of Uncharted 4: End of a Thief when we have enough hours on our shoulders to be able to judge it. We completed Drake's latest adventure in Medium in about 16 hours, collecting almost half of the hidden treasures and most of the documents, and playing back just under half the game on Hard.

This is the last time

Three years have passed since the conclusion of Uncharted 3, Nathan married Elena, works for a small submerged waste recovery company and seems to have abandoned any illegal treasure hunt. One evening, in Nate's life (and office), a person he thought long dead reappears: his brother Sam, fully intent on resuming the treasure hunt for pirate Henry Avery, interrupted fifteen years earlier when Nathan saw him die in a prison in Panama.

Sam survived the fall and the gunshots, remaining in jail until Hector Alcazar made him escape with an escape worthy of the best Hollywood movies. But everything has a price, and the drug lord wants half of Every's treasure within three months, on pain of Sam's elimination: Nathan can't risk losing his brother again and decides, unbeknownst to Elena, to help him in the treasure hunt regardless of the opponents of the moment Rafe, old friend of the two fixed with the treasure of Every, and the group of mercenaries of the Shoreline, led by the terrible Nadine. Start like this Uncharted 4: A Thief's End, introducing the player to the character of Sam and further strengthening the relationship between the protagonists of the PlayStation 3 trilogy, a transoceanic crossing that will take our treasure hunter to breathtaking locations that have never been so vast and well-crafted. The story is, as usual, directed in such a way as to recall an action film, impeccable, precise in the shots: there are moments of pure adrenaline, twists more or less telephone calls and moments of tranquility, all seasoned with always great dialogues that Naughty Dog has accustomed us to over the past ten years.

End of a Thief, on medium difficulty, is completed in about fifteen hours, to which the search for collectibles, or subsequent runs at higher difficulty, can be added. The pace of the game remains pressing even when you are exploring the apparently deserted jungle of Madagascar, thanks to the dialogues between the protagonists or in the absence of supporting actors to the thoughts aloud of Drake himself. You will hardly get bored playing Uncharted 4, especially if you enjoyed the trilogy on PlayStation 3: it is practically essential to have faced Nathan's previous adventures, especially to have a smattering of the characters, who will not be reintroduced and whose relationships are already outlined by the excellent work done in the past. Having played the predecessors, it also helps with the multiple dialogue choices inserted by Naughty Dog in this chapter, which will quote past adventures several times, without changing the plot of A Thief's End, which will fearlessly go towards a climax. well thought out and a respectable epilogue for the treasure hunter. 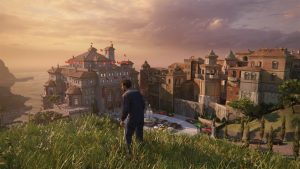 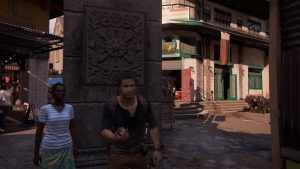 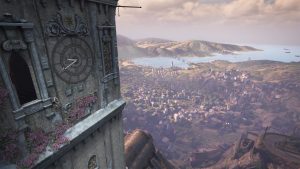 You will not go alone

Although they are not entirely absent, in Uncharted 4 there are far fewer gunplay phases than in past chapters and most of those present can also be completed with silent kills thanks to the additions of the team (which we already saw in the preview of last month ). Naughty Dog wanted to give the player more ways to reach a certain goal, giving him a sort of control of Drake's fate: you decide whether to cause the usual uproar of explosions and bullets or whether to approach in a completely stealth way, eliminating the enemies in the 'tall grass or throwing them into the overhangs of Madagascar, trying not to let you see, under pain of the mess mentioned just before.

There are several ways to tackle the adventure

Unfortunately in the stealth component there is the first small flaw of the majestic Naughty Dog production: the men of the Shoreline suffer from the same vision defect as the enemies of Joel and Ellie in The Last of Us, never seeing our adventure companions at the other than the shootings, even if they were to stand on a sunlit beach. Fortunately it remains a minor defect, because it is dominated by the excellent work done not only in the most adrenaline-pumping scenes or in the fights with QTE, but precisely because of the possibility given by the developers to approach the situations in which Drake will be catapulted in multiple ways.

To support Nathan in his treasure hunt for the pirate Avery we will find not only his brother Sam but also old acquaintances like Sully, going to solidify the relationship between the characters of the series thanks to the always excellent dialogues and pungent jokes. If on the writing side we can only congratulate Naughty Dog, Nathan's travel companions suffer from the same problem that has gripped them since that first chapter dated 2007: they often get in the way during a shooting or occupy a cover that could come in handy. Fortunately, in Uncharted 4 they are more reactive and with more spirit of initiative, helping the player both in hand-to-hand clashes and with shootings, thus filling the flaw we have just highlighted. Compared to the PlayStation 3 trilogy, Nathan is almost never alone, even debunking the "One Man Army" that is often attributed to him by the most critics of the Naughty Dog creature (nickname which is also the protagonist of some dialogues in this chapter) . Sam, Sully and the others will follow Nate in every corner, also commenting on the player's actions such as headshots or deviations from the established path, increasing even more immersion in the game world. Ultimately, companions not yet perfect but much more useful than in the past.

News + Video games and disability: it's not just an accessibility problem ❯

Game of Thrones Ep. 3 - The Sword in the Darkness

add a comment of Uncharted 4 Review: A Thief's End