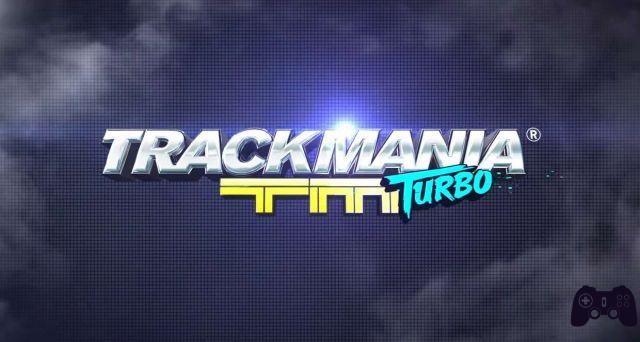 Who has never at least heard of Trackmania? The well-known racing-game series Swim has often stood out over the years for a strongly arcade approach between its various chapters, and the most loyal fans of the series love to talk about it to praise the fun and sense of addiction that each new episode manages to make the player feel. TrackMania Turbo is the latest in a long line of chapters that builds on the original TrackMania (released in 2003), and attempts to bring all of the series' major strengths back into a more arcade-like approach than ever.

By focusing on a simple technical sector and an incredibly elaborate level-design, TrackMania Turbo pushes back on speed to offer the player an adrenaline-fueled experience full of burning tires. But will it also be able to be fun?

Forget the "clean" and linear paths of Drive Club e Need for Speed: TrackMania Turbo he sees racing in his own way, and without particular care for the laws of physics. The player who wants to launch into a track at full speed will find a valid friend in the last chapter of the Nadeo series, which from the very first moment catapults whoever wields the controller into a series of races with an unthinkable level-design (in the sense good, of course) and at the dizzying speed of hundreds and hundreds of miles per hour. The design of the tracks, therefore, is certainly one of the greatest strengths of TrackMania Turbo, it will not be uncommon to be amazed by the work done by the developers to intertwine ramps, wall runs, superhuman acrobatics and long jumps over equally deep chasms.

All this, of course, is accompanied by a technical sector as simple as it is stable, able to perfectly manage the adrenaline-pumping situations that you will be pushed to face. And, on the music front, a special mention certainly goes to the introduction of the "Systemic Music“, A special feature that adapts the soundtrack to the track itself and to the rhythms of the gameplay, pumping more bass or volume depending on the situation.

In a similar scenario, it must be said that the gaming experience flows more than smoothly within the tracks of TrackMania Turbo, and, for a game that makes speed its key word, this is certainly a not insignificant strength. 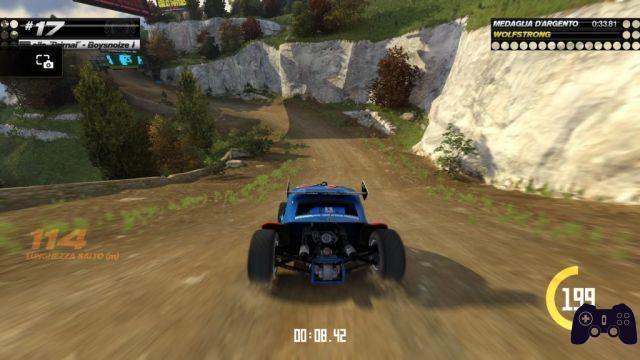 And you go to Collect Medals

Gold, silver and bronze from heaven for perfectionists

TrackMania Turbo, among other things, it is a real boon for perfectionists who like to repeat a challenge over and over again in search of the perfect performance: with over 160 total runs (divided into four broad categories - Rollercoaster Lagoon, International Stadium, Canyon Grand Drift and Valley Down & Dirty - and in levels of increasing difficulty) and the classic division between bronze, silver and gold medal, arcade and speed lovers will develop a real addiction against the title of the Nadeo house, also due (or due to merit) of the high level of skill required to reach the gold medal. Sometimes, however (as it is obvious to guess), such a curve of increasing difficulty can lead to a certain sense of frustration towards individual challenges, which in some cases can reach almost impossible precision peaks to reach the medal. gold.


Just like a real single campaign, then, the player will always be required to complete the previous races to unlock the next ones, without the possibility of competing freely on the tracks that most intrigue him. This, however, doesn't necessarily prove to be a problem, at least until it is necessary to collect all the gold medals to unlock the higher difficulty levels; in that case, the gaming experience risks becoming rather monotonous in single player, with a large number of challenges repeated over and over simply because you are unable to tackle a curve like the Gold Medal ghost.

This difficulty may arise, yes, from the possible inaccuracy of the player himself, but it does not happen infrequently that the close-up view (behind the car) creates some problems in the perception of distances and the track itself; Fortunately, these problems can be solved by simply switching to first-person view, which in some time will become little less than your best friend. 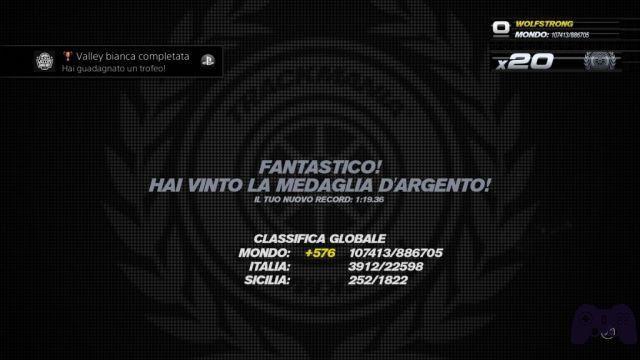 A Turbo with Friends

Online challenges, in TrackMania Turbo, are more of a "time attack" than real races

But it is in the multiplayer sector (online or locally) that TrackMania Turbo gives its best, thanks to a split-screen mode for up to four players or the curious "Dual Driver" mode, which allows two friends to synchronize their actions in an attempt to steer, together, a single car at the inside a path. The online challenges, as usual in the TrackMania series, are more of a "time attack" with collisions disabled than a real race to see who reaches the finish line first, and the over 100 players competing they will be able to tackle a single track over and over again, in an attempt to beat the best time and climb the rankings to its peaks.


The little variety of cars (only 4, one for each major category of tracks) is somewhat compensated for by the large number of customizations which can be applied to vehicles inside the garage (and which will be unlocked as you progress through the single-player campaign); this, in the online game, translates into a large number of cars that are essentially the same but with completely different combinations of colors and symbols, allowing even the most "geek" player to build an identity within the title. The substantial absence of choice regarding the performance of individual vehicles, then, puts all the players of a race on the same level, allowing them to push their skills within the tracks even before the capabilities of the car itself. 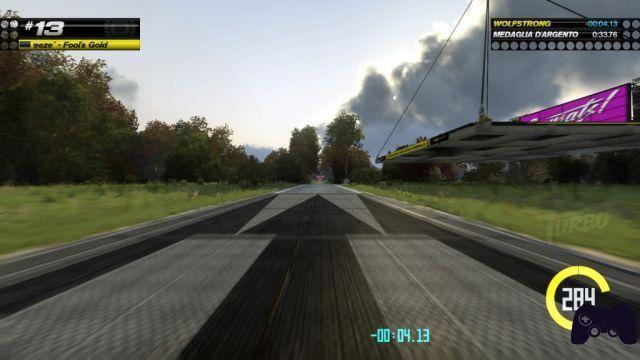 Push It To The Limit

All in all, TrackMania Turbo presents itself as an excellent racing title with a strong arcade mold, certainly not without flaws but with an adrenaline and frenetic pace that makes speed its greatest strength. The most passionate player could find the only obstacle to the gaming experience exclusively in the excessive repetitiveness - in the long run - of the single-player campaign, which however often turns out to be full of completely indifferent visual surprises and with a wide curve of well-rounded difficulty. distributed throughout the game.

At the price at which it is sold, TrackMania Turbo is a long-lived and intense experience that will thrill all fans of the series, thanks also to the classic track editor that will allow you to build your own personal track, to amaze your friends with unique and out of the ordinary stunts.

Verdict 8/10 88 Miles Per Hour Plus One Comment Keep your pad warm and get ready to hit the gas pedal: TrackMania Turbo is the latest, fast-paced and adrenaline-pumping chapter in a successful arcade series, which pushes the concept to the limit of level-design on the tracks and that focuses on speed since its inception. While not introducing substantial changes compared to the previous chapters of the series, Nadeo's new title comes with a disproportionate number of tracks and challenges to face, each with its own characteristics and with a difficulty curve perfectly distributed over the course of the experience. Although not without flaws, TrackMania Turbo is addictive to the extreme in the most perfectionist players, prompting them to try and retry and retry a track several times in the only attempt to find the "perfect performance" that will allow them to obtain the gold medal. . And, for the less perfectionists, there is still online and local multiplayer, in both cases as frenetic and adrenaline-pumping as you would expect from any TrackMania. Pros and cons ✓ Phenomenal level-design
✓ A large number of tracks
✓ Well distributed difficulty curve
✓ Damn fast x Repetitive in single player over the long haul
x Some problems with the management of the camera
x Little variety of vehicles
Do you want to be a video game expert and know all the tricks, guides and reviews for your video games ? Holygamerz.com is a group of video game fanatics who want to inform you about the best tricks, guides and tips. We offer you the best information to be a reference in gaming, so here you can find guides, tricks, secrets and tips so you can enjoy your games to the fullest. Are you ready to get all the achievements of that game that you resist so much? Enter now and enjoy your favorite video game to the fullest!
News Nintendo aims to sell 20 million Switches ❯