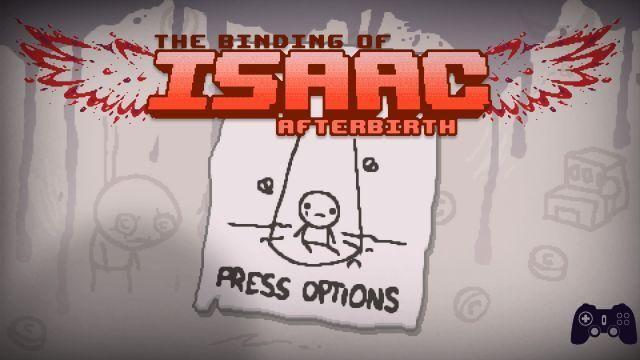 After having inflamed the fingertips (and the souls) of a large number of fans around the world with the very successful The Binding Of Isaac: Rebirth, Nicalis e Edmund McMillen (the latter responsible, among other things, for the original The Binding Of Isaac and Super Meat Boy) seemed to still have something to say about the unfortunate little boy with lethal tears, on a crusade against all his worst fears (religious mother and psychopath included). And, after having "reborn" the little Isaac, the developers have drawn again from the imaginaries of childbirth to propose their first DLC dedicated to the macabre journey of the child: The Binding Of Isaac: Afterbirth (where "Afterbirth" stands for "placenta").

The placenta, after all, is what is expelled from the female body of a large number of mammals after childbirth, and it symbolizes something "subsequent" to the act of birth which, in some way, serves to complete and close the birth circle itself. The purpose of Nicalis and McMillen, in this case, was certainly slightly different, and the Rebirth DLC was undoubtedly designed to "complete" a work that already in itself had very few noteworthy flaws.

Isaac's journey is ready to continue, therefore, thanks also to the arrival of Afterbirth on consoles a few weeks ago. But it doesn't necessarily get easier.

One of the few "problems" of The Binding Of Isaac: Rebirth was the possibility that, after a certain number of games, the static amount of rooms, objects and monsters could start to bore the player, not necessarily enticing him to want to reach 100% with all the endings and objects to be unlocked within the game. Afterbirth gives a strong push to the wheel, allowing it to spin again and introduce new elements to feed the already huge variety of the base game.

With a new game mode (which we will talk about later), a large number of new base monsters and items to collect, 10 new bosses, new room types and a new game area ("Blue Womb"), the DLC of The Binding Of Isaac seems to want to justify the purchase just with the incredible amount of new content that adds to the base game. What stands out the most, however, (even before the new base monsters and new bosses) are undoubtedly the renovated rooms: between small and rectangular rooms, corridors, L-shaped rooms and gigantic rooms, the levels of The Binding Of Isaac: Afterbirth they are now more varied than ever even in their structure alone, which often alternates “traditional” rectangular spaces with new and decidedly larger combat areas than in the past.

A DLC that is perfectly suited to the base game

Of course, inside the new rooms it will be possible to find both old and DLC enemies, so perfectly incorporated into the traditional game formula that it is almost impossible to distinguish when Rebirth ends and Afterbirth begins: all the contents of the add-on package will be added to the base game in a completely natural way, “limiting itself” to further increase the already very high number of variables present in The Binding Of Isaac. 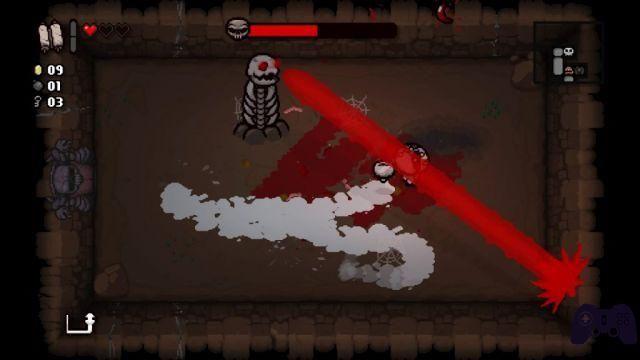 The Normal / Hard mode of The Binding Of Isaac it could easily get bored after a while, especially if you have become practical enough to win at least one out of two runs. A 50% success rate would already be more than enough to abandon a title like the little jewel of the Nicalis house, but The Binding Of Isaac: Afterbirth tries to overcome the problem by introducing a new and completely new game mode, complete with a final boss and ending studied at a table: "Greed Mode".

The “Greed Mode” presents itself as a classic wave game mode, in which the player will be led to face at least 10 enemy assaults before being able to move on to the next level (11 to unlock the hellish / angelic room). At the end of each wave, the player will receive a series of pennies that can be spent in the shop as soon as the doors are unlocked, in order to improve the defense or attack as needed; once the 7 levels of "Greed Mode" have been passed, however, the player will be called to face the final battle with Ultra Greed, a giant boss who becomes all the more resilient the more lethal Isaac's attack turns out, and who has proven by far the most difficult boss in the DLC (if not the whole game). And it is precisely by defeating Ultra Greed with Azazel that the player will be able to unlock Lilith, one of the unreleased characters introduced since Afterbirth. 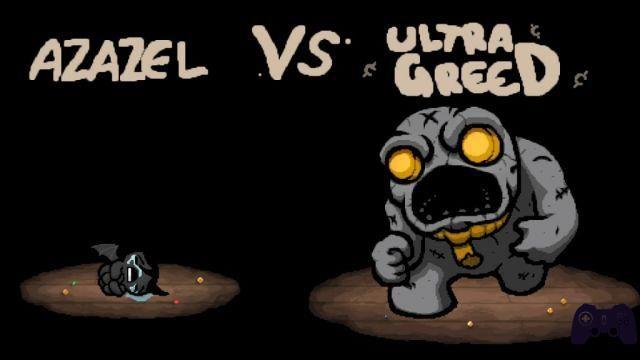 As far as the clash with Ultra Greed is far from impossible, the battle proved to be nothing short of complex on several different fronts, undoubtedly due to the excessive power of the boss. If you are willing to repeat Greed Mode in its entirety over and over again, however, the victory against the final boss undoubtedly proves to be one of the most satisfying of the entire gameplay experience offered by The Binding Of Isaac.


Although with a couple of flaws ...

How long The Binding Of Isaac: Afterbirth is undoubtedly a good DLC, there are cases where calling it "far from perfect" would be an understatement. The introduction of new rooms, bosses, objects, upgrades and monsters proves to be more than effective in 90% of the occasions, but there is no doubt that some power-ups often become more of an obstacle than anything else (such as the annoying "The Wiz“) Or how some monsters are far too badly balanced compared to their generic companions. A seemingly overweight bat that requires more than 15 tears to take out, for example, can be easily managed, but it starts to become a serious problem when it appears alongside three other enemies of the same type; and in such cases, unfortunately, it's really hard to blame the player for any defeat. The same goes for the bosses, some of whom have proved too powerful on more than one occasion. 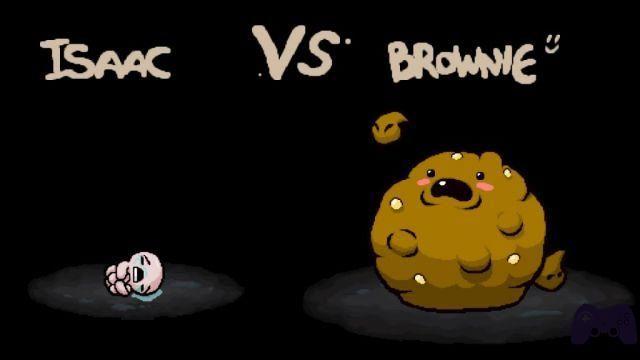 After hours of gameplay, we can say one thing for sure: this boss is a piece of shit.

The Binding Of Isaac: Afterbirth is a great addition to the base game

Removed these small defects, however, The Binding Of Isaac: Afterbirth it presents itself as a DLC that all fans of the base game could appreciate and love, if only for its ability to introduce even more variety into a game that seemed to have practically given everything it could already. The additions are very numerous and extremely varied from each other, and we invite you to visit the official Afterbirth Wiki for a complete list of all the changes introduced by the DLC in the base game.

For anyone who is already convinced that they want to buy the additional package, instead, The Binding Of Isaac: Afterbirth is already available on the digital stores of PlayStation 4, Xbox One e PC for the price of € 10,99.

Verdict Yes I have never cried so much in my life Comment The Binding Of Isaac: Afterbirth is a particularly successful DLC, which does its job perfectly when it comes to adding content to the base game. If Rebirth had begun to bore you, there is no doubt that the purchase of Afterbirth can bring more than a couple of extra hours of play to your adventures with little Isaac, thanks to a large number of bosses, items, upgrades. and completely new room types. And, should the main game mode ever bore you, there's always the new "Greed Mode", which will allow you to take on wave after wave of enemies in a single "climb" to the final boss. Final boss that, like many other enemies and different bosses within the DLC, is at times excessively powerful for the abilities of Isaac or the player, although no enemy within the additional package is actually impossible to defeat. Afterbirth, in short, definitely deserves the price at which it is sold, although there are a couple of defects that, otherwise, would have made it practically perfect. Are you ready to face Isaac's new fears? Pros and cons ✓ Lots of new bosses, enemies and items
✓ "Greed" mode in waves
✓ New playable characters x Balancing some enemies to review
Do you want to be a video game expert and know all the tricks, guides and reviews for your video games ? Holygamerz.com is a group of video game fanatics who want to inform you about the best tricks, guides and tips. We offer you the best information to be a reference in gaming, so here you can find guides, tricks, secrets and tips so you can enjoy your games to the fullest. Are you ready to get all the achievements of that game that you resist so much? Enter now and enjoy your favorite video game to the fullest!
One Piece: Pirate Warriors 3 preview ❯

Add a comment from The Binding Of Isaac: Afterbirth review