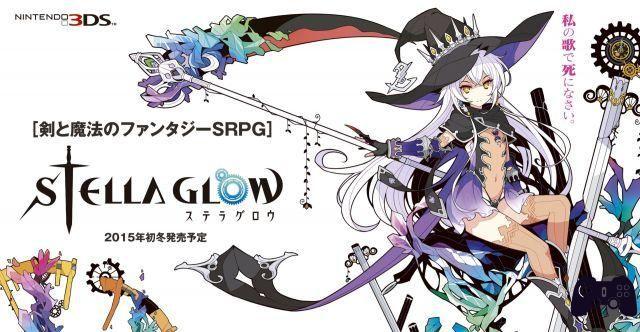 Four months have passed since the American release of Stella Glow and the title, finally arriving in Europe on March 4th, represents the swan song of Imageepoch which declared closure last year. In a flourishing period for Japanese releases in the West, will the latest title of a company by now defunct be able to honor it and make fans regret it? Find out in our Stella Glow review.

Alto, our protagonist, is a boy who has lost his memory and now lives happily in the village of Mihtra with his friend Lisette and her mother. One day during the hunt he meets a witch called Hilda who warns him to flee the country as soon as possible, because something terrible is about to happen. Alto, obviously, does not listen to the advice and after a few days Mihtra is attacked by Hilda herself who crystallizes everything with her “Song of Ruin”. All of this will awaken the power of Lisette's Aquatic Qualia and transform her into the Witch of Water. She and Alto will be rescued by the queen's knights and taken to the capital. There Queen Anastasia will explain to the two that Hilda and her group want to destroy the world, and that they will have to find three other Witches (representing fire, wind and earth) and sing a mysterious song to stop them. Furthermore, during our journey, we will discover that Alto is not a normal staff but is in possession of the power of the Conductor that will guarantee him to be able to "tune" the Witches and cleanse their heart of all the doubts and bad thoughts they may have, thus improving their combat skills. We will lie if we say that the story of Stella Glow is full of unexpected twists and that it focuses a lot on originality but the cast, especially Rusty and Mortimer, manages to make up for all this.

Upon our arrival in Lambert, the capital of the world of Stella Glow, a mysterious merchant will give us a particular watch that will have the function of marking our time, thus dividing the moment in which to undertake missions and the free one. During the latter we will be able to do some work to earn gold, explore to get rare items, talk to our companions to make friends with them and make them learn particular skills and, finally, use the Tuning room. The latter has the function of freeing the Witches from the chains of their heart that only the protagonist can see, similar to those seen in Phoenix Wright, and which will appear when we talk to them in our free time. Going to the Tuning Room we will face the inner world of the Witches made up of monsters and dark versions of them. If we manage to free them, they will gain powerful abilities that will be very useful during combat.
In Lambert we will also be able to buy items and weapons from Bianca and buy and / or modify orbs. These, embedded in the weapons, will give special abilities such as increased damage, experience or it will be possible to make them elemental or capable of inflicting a particular altered state. Keeping your equipment and orbs up to date is one of the fundamental requirements of Stella Glow to be able to face the missions decently without frequently risking the game over.

Stella Glow draws heavily on classic strategy RPGs Japanese like Fire Emblem, the Shin Megami Tensei series: Devil Survivor and Final Fantasy Tactics. The various characters will be controlled by the player with an isometric view, where the camera cannot move, and they will be able to move in a checkerboard system. As in the Fire Emblem series it will be possible to see how much damage our character will inflict on the enemy, the success rate of the attack and if the enemy will counterattack us. This adds tactical elements because it will allow the player to decide whether to hit or change their plans. Furthermore, the position of the enemy will also be used to take into account the damage, if he is from behind the quantity will be greater than when we will find him in front of him.
Each character will have their own set of personal skills, they will be obtained by leveling up or thanks to the friendship system explained above. There are various types of skills, some are used to inflict damage on the enemy while others can give the various protagonists special upgrades. It will be necessary to pay attention to the range of some special attacks, especially the physical ones, because they can also hit allies. In addition to skills there are also passive skills, they too are obtainable thanks to the events we talked about before, and increase the tactical element of the game. These skills include increasing a particular attribute or being able to counterattack and avoid certain types of attacks.

Stella Glow is not exactly classifiable as an impossible title but not a mere walk of health. There is no permadeath (and there is not even the possibility to add it) and there is not even a difficulty selector, also during the fights if the characters level up they will be completely healed. In addition to the main missions there are secondary ones, which often consist of destroying monsters that infest particular places, and obviously serve to train your team. In the summary screen before the main missions, the recommended level with which to face the mission to be respected is indicated in case you do not want to run into the dreaded game over again.
At the end of the mission, whether main or secondary, there will be a screen that will indicate our rewards and the amount of gold received. Together with them it will be indicated if we were able to earn bonus items thanks to some special conditions. You can also control them during the fighting by pressing on the touch screen up to the appropriate tab and will guarantee us inviting and useful prizes for the continuation of the adventure.

Songs of a certain level

Stella Glow is a title where music is the focal point of the experience, since the witches we will meet in the game will sing the vocal songs of the soundtrack. Imageepoch offers an excellent title from this point of view: the background and battle music are composed by Yasunori Mitsuda, famous for having worked on Chrono Trigger, together with Shunsuke Tsuchiya while those of the various witches are a singer in Japanese with unique tracks for The polygonal models of the characters are well done and will only be present in 3D during the combat phases. The various dialogues that will carry on the plot of the game are, on the other hand, proposed with 2D sprites. They are almost entirely dubbed only in English, while the Japanese audio track is absent.
We encountered some initial problems in moving the cursor during the early stages of the game as we will have to reverse the controls by about 90 °. We found further problems with two other shortcomings: the ability to move the camera and speed up enemy shifts. While the latter is a marginal problem, the former is slightly more serious. Often we will find ourselves opponents in the most disparate corners of the map, hidden from our view and who can cost us a sweaty victory.

Verdict 8/10 Magica Doremi, Sinfony and Melody! Magic magic Doremì! Comment Stella Glow is a very good title and one that fans of strategy games should not miss. Surely the basic idea is very interesting and well developed even if everything takes place on the classic tracks of Japanese productions. Despite this Imageepoch has proposed us a title that, although sometimes it is trivial, never tires and above all suitable for everyone with charismatic characters who will kidnap you; despite some flaws that can be easily overlooked, it will not be easy to break away from your 3DS after long gaming sessions. . Pros and cons ✓ Interesting story
✓ Fun and hardly ever complicated gameplay
✓ Excellent music x Camera problems
x Too easy using the Witches
x Lack of dual audio
Do you want to be a video game expert and know all the tricks, guides and reviews for your video games ? Holygamerz.com is a group of video game fanatics who want to inform you about the best tricks, guides and tips. We offer you the best information to be a reference in gaming, so here you can find guides, tricks, secrets and tips so you can enjoy your games to the fullest. Are you ready to get all the achievements of that game that you resist so much? Enter now and enjoy your favorite video game to the fullest!
Grow Home Review ❯

Minecraft Story Mode: Season 2- Episode Five: Above and Beyond review

Review Atelier Sophie: The Alchemist of the Mysterious Book