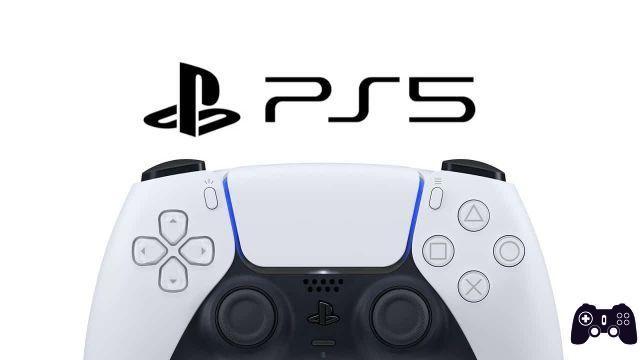 The experience of touch. Feel with your fingers what you could only imagine to date.

Sony displaces us with this novelty of the DualSense of PS5. A blow on the neck that awakens us from the torpor of these days imprisoned at home. And it gives us a blow with an elegant, ergonomic and innovative gamepad. Because that two-tone of the DualSense is decidedly elegant. You could put it next to a Mac and it wouldn't look out of place at all. But who caper has the Mac, you might say? Not me for sure, but they are undoubtedly elegant, and for me, the one above is a great compliment. Let's leave out, however, the five-finger game on the gamepad - the white gets dirty immediately - and let's talk a bit about news and what they inspire in a average player like me. 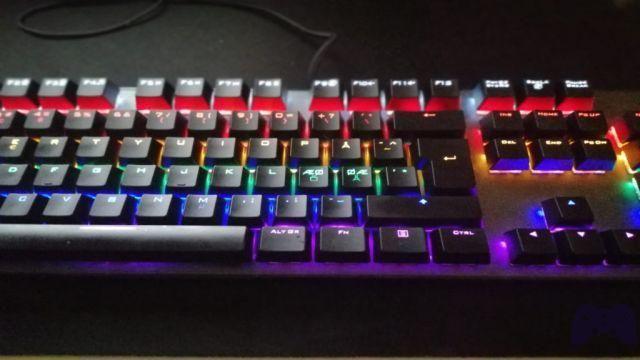 Peripherals? Will PS5 support other peripherals besides DualSense? In my opinion no. That will be a prerogative of the Xbox series X.

Let's start with two topics that, if not treated with gloves, risk leading to such exaggerated speculation, that one risks becoming 50 years old suddenly and ends up commenting indignantly under the pages that talk about games. Or maybe you don't need to be 50 to do shit like judge without trying? Who knows. However, the DualSense is clearly the illegitimate child between the Dualshock 4 and the Xbox Gamepad. A move on the one hand provocative, on another prudent and on another risky one.

Ever since PlayStation 2 we have had controllers pure black, except for the fake ones you bought from your American cousin. Here we have a very strong white that could jeopardize the identity of the brand in the collective imagination. I know it seems absurd to you, but even the slightest change in color can make a difference. Did they risk it just to attract attention? Likely, but that's not the most important thing.

Will this gamepad be comfortable? According to you, to date, we can make a judgment on the convenience or not of DualSense? Of course not, and don't believe anyone who tells you otherwise. At most we can come up with some hypotheses by taking some elements and comparing them to past experiences. If you follow the trail left by this sentence with me, we come together with the Dreamcast controller. A controller, that of the Dreamcast, apparently very distant from DualSense. A faded and crumpled Buzz Lightyear compared to a futuristic controller. Yet, if you look closely, the square shape, the grips and the distance between the directional arrows and the keys are very similar. Dreamcast's controller was as comfortable as it was ugly, that this thing is a plus for DualSense? We'll find out, but that's not the most important thing either. Even if it is clear that it all falls under the “experience of the touch of DualSense”. 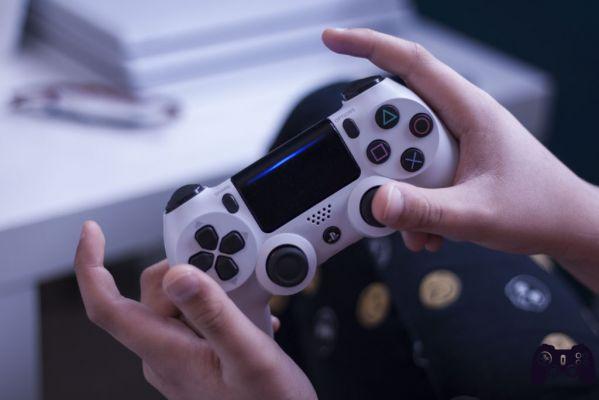 Look closely at the Share button of the DualShock 4 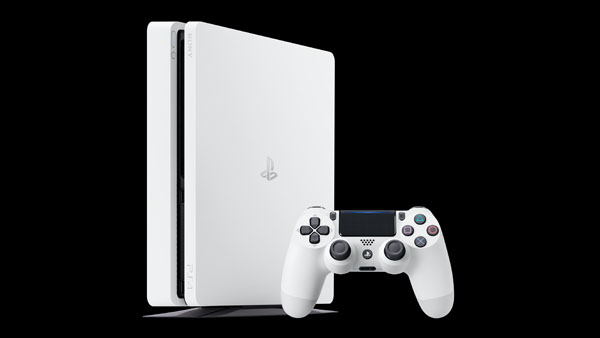 Apple? It is not the first time that Sony has been linked to Apple. On these pages we talked about it some time ago with PS4.

The novelty of DualSense that really struck me, and that I can finally tell you after having kept you on your toes, is the transformation of the Share button into Create button. Thing? Like? Such a trivial stuff? What's different about it? We don't know, and that's the point. They are not selling you the features, but the idea. Absurd that I have to explain this in the image society, but are you really convinced that companies are selling you the product? Because if the answer is yes, I would think for a moment if I were you. But when you pick up your phone and look at any photo of an influencer or a brand, what do you have in your hands? Nothing. Images are the symbol of intangibility. Ethereal like the net.

So if only an image is enough to sell a product, in your opinion, are the features and numbers from geeks to be of any use? Absolutely not. And once again the corpse of Steve Jobs comes to teach us. The first commercial of the first Macintosh is gold and it teaches you how an idea sells more than the facts. He didn't care about the hardware, but about the software. And how did he sell it to you? With an ideological parallelism with Orwell's 1984. A dystopian future no longer dystopian because something arrives that makes us open our eyes and brings light. What has Sony done with DualSense? You changed the Share button to the Create button. He's telling you: it's not just programmers who choose how the video game will live, but it is you same the demiurge of that shapeless matter full of possibilities.

Here is the return of “For the Players”, here a universe of possibilities and “dreams” opens up to you. The mention of that Dreams masterpiece is not by chance. The ideal is that: a lot is in the hands of gamers and, consequently, developers will be able to experiment even more. Freedom enclosed in one word. Tell me it's not the most important thing.

Create. Freedom enclosed in one word.

Give color to the touch experience 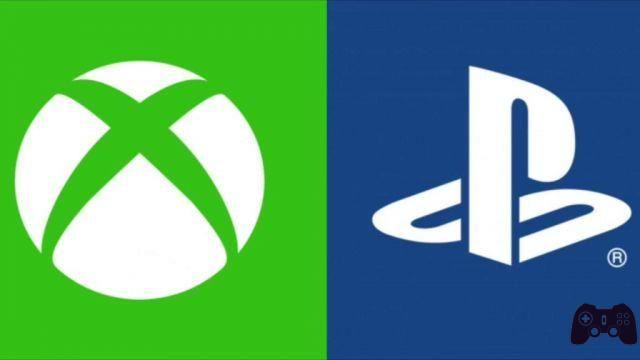 Communication? Sony focuses on the idea rather than the product. Maybe a comparison with the Xbox X series can clarify the ideas better.

Ok, we talked about a lot of little things, but this one "Touch experience" that I keep throwing you a bit here and there I still haven't dealt with it properly. The time has finally come to talk about it. Among the novelties of DualSense we find the haptic triggers. And what it means? Basically that the triggers will react according to the situations in play to our pressure. To give an example: if we are drawing a bow, it will be more difficult for us to press the button. Feature already announced and that continues to make us drool. I can't wait to experience these sensations firsthand. In addition, DualSense in the version presented it does not have the colors on the keys. It's all transparent.

This thing got me thinking: How is a novice going to memorize the keys? No, I'm not saying that whoever starts playing now is incapable, simply that I myself have stored the PlayStation buttons thanks to the color as well as the shape. Do you think that color is so important that the reason why we confirm with the X is because being the red circle visually we reconnect it to negation or rejection. On the contrary, in Japan the button for confirmation is the circle, because the X symbol for them is rejection. Hence, the color of the keys is important. That is not so crucial to the immersive experiences that PlayStation 5 wants to offer? 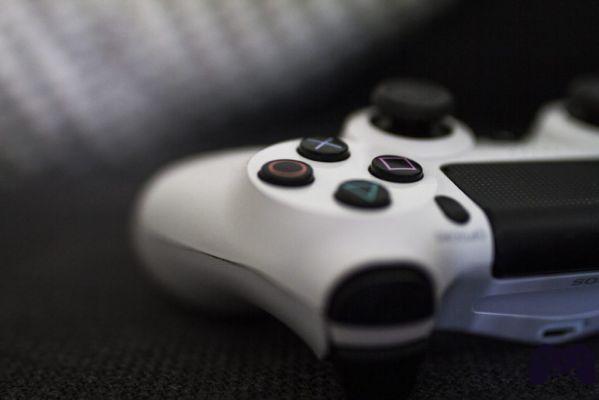 The colors that in PlayStation 5's DualSense have magically disappeared 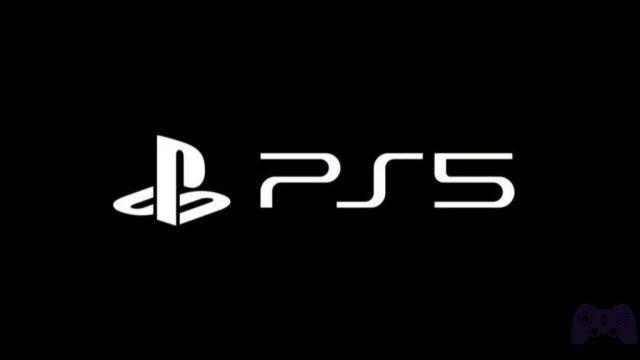 Philosophy? Singleplayer experience, escapism, living a story within a story. This is Sony's philosophy. PS5 will focus on this.

If we now take these two things and combine them with the fact that Sony, as we have already said several times, aims at the totally immersive single-player experience, we also come to understand the meaning of “touch experience”. Visually the video games they are already exceptional. They have reached unimaginable levels, even with virtual reality. But life is not made up of sight alone, we have five senses. The sound, we have already talked about it, it will be a decisive component for the next gen, especially as regards PS5, and therefore we have done another sense. Smell and taste they can be synthesized with images, or rather: approximable.

If you notice, when you watch a movie or play a video game, you happen to smell or taste without these being present in the hall or in the bedroom. This is because mirror neurons are activated in our brain which, as a result, make us perceive the sensations that the film or video game wants to communicate. During this phase we tap into our store of memories, and approximate that feeling. Obviously if there has never been a similar situation, either we do not perceive it, or we approximate it to something we have experienced on our skin. So, we have more or less solved these two senses. One is missing, a fundamental one: the sense of touch.

We constantly have our fingers or our whole hand on a peripheral when we play video games. This tool still it distances us from the other reality of the video game. Having your hands on something that is certainly responsive, but not well approximated, keeps you bouncing in and out of virtual reality. Situation that the video game wants to solve. Gaming is primarily about acting, and to perform an action we need to find our balance, whether it is the whole body or just the fingers. And here Sony comes up with controllers that can approximate reality really well, at least on paper.

Even the R1 and L1 keys change face: they are higher and this can mean the presence of haptic feedback even on keys not normally designed for this function. “Experience of touch”, therefore. Something that wants to project you into the future of video games, taking a step forward towards total immersion and that evasion that so much praises those who talk about games.

The only news from DualSense that didn't tell me anything is the integrated microphone. Useful, but surely there will be some Handsets made ad hoc by Sony.

Gaming is primarily about acting

Obviously, we are in total speculation, then we all take these things with a grain of salt. We started with the novelties of DualSense and traveled to fantastic worlds. But at the end of a gamepad we are talking about. A tool that can, as I hope to have shown you albeit quickly, be a means of communicating one's identity beyond functionality, but it always remains a tool. For these things you have to wait for the official proof and personal proof. Subjectivity will always dominate the product. It may be the most beautiful thing in the world, but if you feel bad about it, you can't do anything about it.

Thus ends this very long stream of consciousness on the novelties of DualSense and I leave you reminding you that:

playing above all means experiencing what we do not yet know

Do you want to be a video game expert and know all the tricks, guides and reviews for your video games ? Holygamerz.com is a group of video game fanatics who want to inform you about the best tricks, guides and tips. We offer you the best information to be a reference in gaming, so here you can find guides, tricks, secrets and tips so you can enjoy your games to the fullest. Are you ready to get all the achievements of that game that you resist so much? Enter now and enjoy your favorite video game to the fullest!
Special The games coming out in May 2018 to keep an eye on ❯

Sega Dreamcast Special: Collected Works is the chronicle of a dream

Did PlayStation Now Special kill the concept of exclusivity? But even no

Add a comment from Special The novelties of DualSense: touch an idea of ​​the future with your own hands