Special Stories of Life Played: Hellblade (the ugly of being an editor) 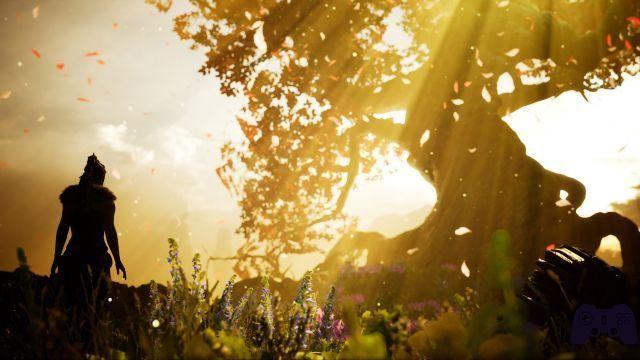 You play, spend a few hours of your free time between the controller and the sofa, maybe even write something, but you're not really there. Not 100%, not body and soul, and you can't blame the season. When the heat makes you neither hot nor cold, the blame is all for that shelf capable of peddling simple diversions, away from real entertainment that you would need. The generic equivalent in the pharmacy, switching to the electronic cigarette knowing that although it is perhaps healthier (and even more trendy, to be honest) the habit of smoking, played like this, does not have the same ritual meaning. All this because Christmas, this year, falls on August 8, and when a title is about to come out whose fragrance you have only been able to imagine in recent years, everything else fades into the background, flows more slowly. Everything runs at thirty frames per second, from your point of view, and will continue to do so until the download (at least him) reaches 100%.

Because Hellblade will finally be released on August 8 and - as usual, pretend there are customary and occasional thanks here - editorially Hellblade is yours.

Great powers, great responsibilities, etc. etc. And while everything has been running in slow motion for several weeks before, there is a road paved with good intentions (like all those that lead to hell, right?), Some deadlines and lots of reminders. The digital equivalent of post-its sown at regular intervals because - it must be admitted - the Eternal Peter Pan Operation is failing, and for every "I never" and "when I grow up" pronounced over the years, real life has given you obligations and truths you never thought would be yours. And so you also fight with reminders on your cell phone to remind yourself of deadlines, and then you dedicate yourself to the full-time hobby of writing video games (plus all the bandwagon that surrounds the writing of video games, on which he had the unhealthy idea of climb a few years ago and overall still have not regretted it) using all humanly devisable tricks. Those, a little bit of anxiety - but the positive one, the one that gives you the right push, like the breath into an old cartridge that didn't want to leave - and a few hours of sleep in which you actually sleep less than you should. All because few things repay you for these early births on the occasion of the various day ones - or better still, the expiry of the embargoes. And it is at this point that God, karma, a guy named Franco who enjoys throwing the dice (give him a little whatever name you like, I keep choosing the sacrilege. And maybe that's why they happen to me. 'these things) gets in the way, and despite all the reminders, the emails sent and anything else then that damn code, close to day one does not arrive. It happens, it is a fairly calculated risk and every now and then you have to stay under. 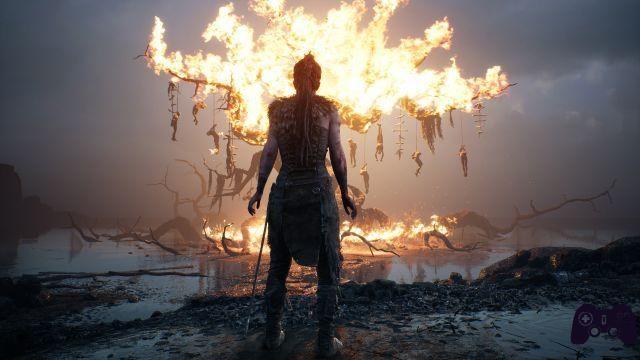 The thing in the end is not that it ever really stopped you, it simply means a day at the office passing by looking at the smartwatch dial at irregular intervals (yes, you spend your money wrong. Let's accept it and move on) hoping that every email both that email, in one version a bit nerdy and out of time of a song that Max Pezzali could have written. It is not a drama - if these were the dramas, even if only in the editorial context, one would also put the signature on it - once you get home you just need to open the PlayStation Store and take down the game paying like an ordinary mortal. Someone smarter would say why you took the job, you planned a couple of Hellblade-themed articles that you can't write without playing Hellblade or because you care about the project and want the review to be there for those who read you, for those who read you. law. In reality it is for simple and healthy selfishness, it is because beyond the fictional introduction above Hellblade you want to play it, and maybe you even want to write a few lines. Stic * zzi if more or less anyone advised you to wait, that you never know and maybe tomorrow morning you will find the code there waiting for you in your mailbox. The monkey sees, the monkey does, the monkey (you will have understood) is a lot and you put a stone on it: PS Store and then a fool around while the download proceeds. Nice little program, but Franco - still him - evidently wasn't so convinced that it was the right evening to swallow a couple of pills from the Netflix catalog quietly. Because the message arrives.

Footer, do not open the email.

Oh well, you tried Guido. Were it not that it is the thousandth time that we have made each other 'I'm joking and all day we keep saying "you'll see that as soon as you buy it, the code arrives" would also be credible. I'll send it to fuck later, time to finish the episode. Only then the Pebble gives another vibrata - never put it silent, huh? - and your eye falls out. It's a notification from Gmail. Indeed, it is the notification from Gmail, the one you have been waiting for all day. Small detail: it arrived like twenty minutes after deciding that it wasn't coming anymore. In a sweetened version of life, the reaction would have been a laugh, a shrug, an oh well. You drink Coca-Cola Zero and have lived your life between Veneto and Friuli, so the reaction is linked to the aforementioned sacrilege.

Do you want to be a video game expert and know all the tricks, guides and reviews for your video games ? Holygamerz.com is a group of video game fanatics who want to inform you about the best tricks, guides and tips. We offer you the best information to be a reference in gaming, so here you can find guides, tricks, secrets and tips so you can enjoy your games to the fullest. Are you ready to get all the achievements of that game that you resist so much? Enter now and enjoy your favorite video game to the fullest!
Dishonored Definitive Edition Review ❯

Special Avatar, to be or not to be: choices and consequences in the videogame universes

Add a comment from Special Stories of Life Played: Hellblade (the ugly of being an editor)