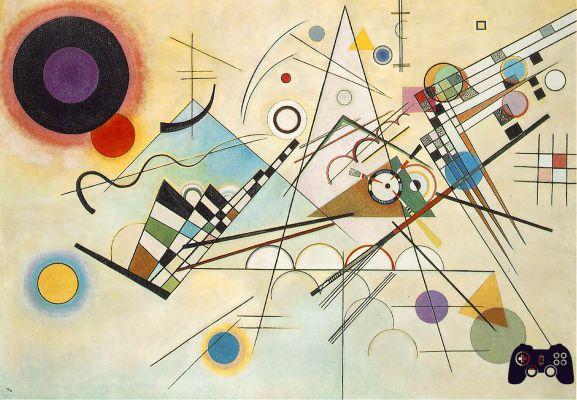 I can't look at the PS5 and Series X design without seeing figures of speech.

Xbox Series X and PS5 with their design seem to want to shout to the public something more complex of "Come on, buy me!". Their features, their colors, the videos with which they were presented ... as well as the words create layers of meaning thanks to the tropes, Microsoft and Sony have layered their philosophy in the designs of their respective consoles. Xbox Series X comes with a parallelepiped with clean lines, where the superfluous has been eliminated in favor of the essential, embracing a minimalist style. It is a black monolith, a sculpture that is firmly planted in the ground, adamant. 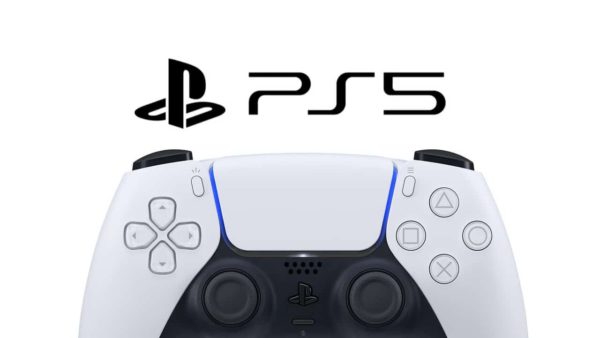 To learn more:
The novelties of DualSense: touch an idea of ​​the future with your hand

It is aggressive in its stillness, and it seems to want to impose itself on the space that surrounds it, even if it wants to disappear.

PS5, on the other hand, wants to get noticed, he wants to catch all eyes in the room. She is self-centered.

Her features are soft, her shape is slender. From every angle its appearance changes, as if it wanted to give the impression of continuous movement. The black soul of the console is smooth, ideally recalling previous generations, while the white shell is porous, thus creating not only a chromatic dichotomy, but also tactile.

Xbox Series X is a metonymy: the cause that indicates the effect

Looking at the presentation video I found it full of references to generative power, at the time of creation. The connection was immediate: Xbox Series X is life, it is what generates the game world, what gives it the thickness needed to make it real. A dance between particles that culminates with a big bang; the resulting wave begins not to shape reality, but to give it details, resolution. Then a stretch of water, the archetype par excellence of the origin of life, over which the console dominates; it's calm, broken only by a last wave of energy released by the monolith. 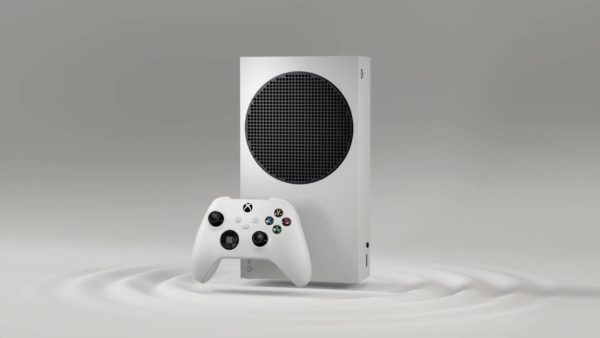 To learn more:
Are you sure the Xbox Series S doesn't go against Series X?

Xbox Series S - the all digital version presented a few days ago - does not differ much from this design line, maintaining a parental similarity between the two versions. The parallelepiped slims and slightly reduces its size, getting closer to the lines of previous generations, and positions the ventilation holes on the side, circumscribing them in a completely black spherical area.

It is a distinct console, with a name that identifies and differentiates it from the mother version, and with aesthetic characteristics that they convey their own attitude. The absence of the disc compartment translates into a lightness that changes the design; looking at it it seems more agile, more dynamic, more daring than Series X, while maintaining a sort of ethical code of mimicry, towards which Microsoft seems to want to aim.


If Xbox Series X approaches water and makes its meaning of creation its own, the design of PS5 turns into water becoming unstoppable motion. In the video, millions of spheres dance recreating the image of a constantly moving stream of water. A flow composed of solid elements that pulsates, which visually tries to recreate a tactile sensation in the viewer. The more the spheres move, showing symbols, building architectures, the more the sensation of feeling that graininess on the fingertips becomes vivid. It is as if the intent of PS5 is not to create the game world by giving it visual details, but to make us feel it through touch. Sight loses its dominance.

The design of PS5 is a synesthesia: a continuous association of elements belonging to different sensory spheres.

The basic version and the all digital version are twins: same name, same colors, same dimensions. The lines change slightly where the disc compartment fails, giving the all digital design greater symmetry and less unpredictability. Xbox Series X and PS5 are two consoles that not only look different, but that they point to opposite goals. 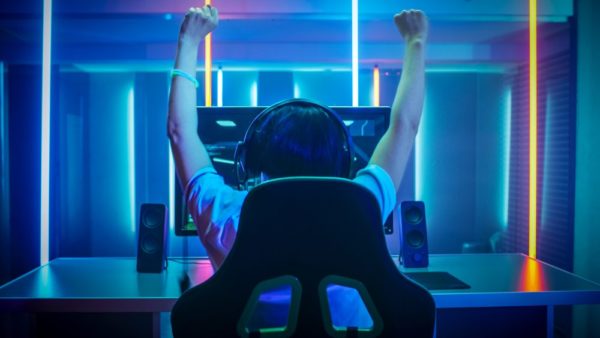 To learn more:
PS5 vs Xbox Series X: Who is aiming for esports?

Xbox Series X aims at the present, to the power of the game for the competition, for the frenzy, for a community experience. Its being as a physical object is irrelevant, that's why its design allows it to disappear.


PS5 is a blanket that wants to envelop you, which means the videogame as an experience of the individual and which therefore aims to immerse the individual in the game world, exploiting as many sensory spheres as possible. Its design is designed to monopolize space, to fold to itself and take advantage of the surrounding furniture, to shout "I am here!".

The designs adopted for this new generation of consoles amazed me. If we look at previous generations, both Xbox and Playstation, c'is like a common thread which seemed to lead the design of the next generation. Not now. There is a twist. There is a desire on the part of both companies for a change. 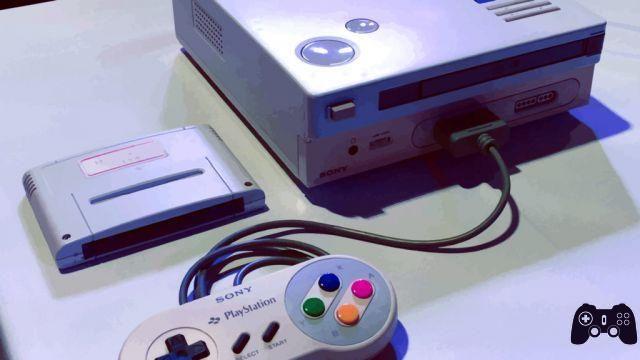 Sliding Doors The first PlayStation should have been completely different. Then the agreement between Sony and Nintendo was blown.

The first Playstation came out on the market in 1994. Its design was simple: a compact rectangular base with the opening for the disc above, all in light gray. Nothing more.

In 2000, PS2 came out, and with it came the first design breakthrough. The small and elegant PS One transforms itself completely, adopting an impressive look, aggressive and more decisive. Sony, self-confident and now part of the gaming market, gives its console a design that expresses all the trust that the company places in itself.

Subsequent Sony consoles do not differ much from this design.
PS3 seemed to timidly introduce the concept of sinuosity, making one side of the console more rounded. However, this detail seems, in fact, a timid test, a desire for softness that the company itself seems to have been a little afraid of, fearing to detach itself too much from the designs to which the user was accustomed. PS4, in fact, comes back with rigid lines, looking for the distinctive element in the geometries that try to give the illusion of a broken figure.

The Xbox design, on the other hand, followed a more linear path

The first Xbox came out in 2001, and looks like a solid black box wrapped in an imposing X. To enter the gaming market, Microsoft decided to immediately show a aggressive design, which could distinguish it from the consoles on the market and from the rival PS2, released only a year earlier. 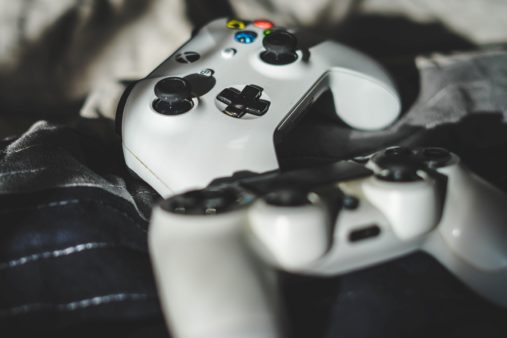 Xbox 360 changes axis and decides to project itself upwards. As with PS3, Xbox 360 adds a curvilinear note to its design that softens the figure. Xbox One is a total turnaround. The console returns to the horizontal position and eliminates any trace of curves in its design.

That's why this new generation has left me speechless: both companies seem to have understood what they want to convey to the player, and how they want to relate to him.

There is no console war, but there are different ways to experience the videogame reality. Microsoft and Sony understood this, they both smiled in the mirror, observed what they were and what they are now, and understood what they want to be in the future. Here's why these designs don't want to stop talking: they have too much to say.

They are two splendid and delicate figures of speech.

Do you want to be a video game expert and know all the tricks, guides and reviews for your video games ? Holygamerz.com is a group of video game fanatics who want to inform you about the best tricks, guides and tips. We offer you the best information to be a reference in gaming, so here you can find guides, tricks, secrets and tips so you can enjoy your games to the fullest. Are you ready to get all the achievements of that game that you resist so much? Enter now and enjoy your favorite video game to the fullest!
Special The Mummy - Cursed ancient Egypt ❯

Add a comment from Special PS5 vs Xbox Series X: what does the design of a console communicate?