Special Galeotto fu Epic Games Store: is it right to fight against Steam? 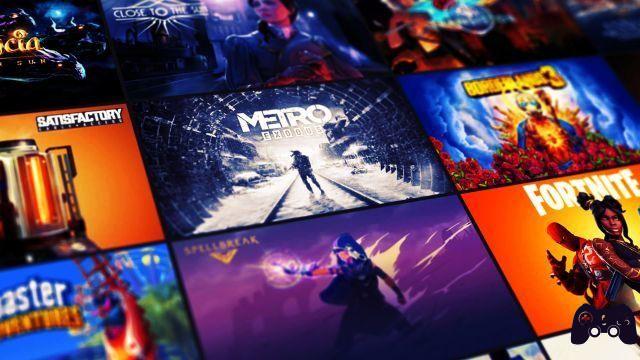 In the beginning it was only Chaos. Extreme piracy, artisanal but in their own way brilliant DRMs, a second-rate market to do business on was not as secure as on console. Until the advent of Steam. Store capable over the years of scale back the phenomenon of piracy, establish itself as a reference for any PC player and create a real one monopoly. And it is at this point that it is born Epic Games Store. Able to intercept the discontent around Valve and to invest heavily in platform exclusives on the other. Epic Games Store versus Steam then.

Epic Games Store wages war against Steam: are we victims in the middle or must we participate in the guerrilla war?

The Empire vs. the Rebels: Epic, the Phantom Menace

Starting from 2004 Steam became the main point of reference for the purchase of digital video games. A platform that has implemented new services year after year, to the point of imposing a precise quality standard. With features now considered essential by a significant slice of users. Epic Games then threw the gauntlet to the Goliath branded Valve, which came to actually hold an authentic monopoly, but indirect. That is, obtained not thanks to the signing of specific agreements (including exclusive) with developers and publishers, but rather due to a substantial absence of competitors up to par. One that would be nice to find in the Epic Games Store, on the wave of Fortnite against Steam.


But with what services?

There has often been talk of the road map of Tim Sweeney's creature. Despite the considerable resources (economic and technological) available, it took almost a year to implement a function that is fundamental today: cloud saves. Feature present on the Valve platform for over 10 years. An open disinterest on the part of Epic in the services to be offered to users, partly conquered by the large number (still in progress) of titles, even excellent ones, offered free to users.

An insufficient palliative to divert attention from big limits of the Epic Games Launcher. In spite of the spears broken in favor (more to existence as a competitor than to the questionable policy undertaken), the store continues to give rise to extremely singular phenomena, like the recent case of Borderlands 3, Epic's latest exclusive in chronological order. Crowds of users who are looking for solutions / indications have ended up en masse in the discussions of Borderlands 2, in the internal Steam forums.

It is also true that between Reddit, Gearbox forums, etc. there would be alternatives. Yet such a case (which is not even the first) remains equally emblematic. A symbol of lack by the Epic Games Launcher of a function that turns out to be more important than you normally want to recognize.

This is added to other shortcomings that highlight Epic's declared desire not to keep up with the times, asserting that other things are important. Certainly on developer support front Epic Games is more captivating than the competitor Valve, also thanks to the general, better conditions offered. Yet what we all should always remember is that the market, whatever Sweeney says, is what users do.


Used to dining with oysters and champagne, why should I end up on bread and water, paying the same price too?

Are you sure that the real monopoly was that of Steam?

The free market in the purest sense it contemplates the same products on sale by several parties. Competitors challenge each other to offer customers better deals, which don't stop at a simple lower price. PC exclusives have been around for some time (see EA with Origin), but they exclusively concern videogames developed and distributed independently.

For the first time in the history of the non-console market, Epic Games has introduced the plague of exclusive to third parties. Referring to the deeper meaning of monopoly. Certainly the deals offered by Epic to the development teams are incredibly attractive, as evidenced by the recent case of Control.

The prospect of paying off in full (if not to make money) development costs of a game even before it is put on sale cannot fail to be extremely tempting. But from the users' perspective, what could possibly push us not to wait for the exclusion, mainly temporal, to expire? Why would a player buy, and play, a product on an objectively inferior platform, paying the exact same amount that he would have ended up spending elsewhere? Competition in a free market should generate real advantages for those who buy, but in fact that is not what is happening.

Users, deprived of further possibilities, they are forced to choose whether to bow to the Epic tormentor, or wait for that same product to be sold elsewhere as well. Competition between vendors should be fought with lower prices or higher services. Acts that aim to convince users to buy the same product from one side instead of another. But concretely, Epic's policy is moving little or no battleship Valve, not free from faults or defects, from its positions. It follows that within the Steam-Epic Games diatribe, an ideological clash fought on users' skin (and wallets), the perpetrators are to be found in policies, and not in existences per se. The more players, the more fun: as long as you play fair. And not in the mere sense of respecting the written rules.

Epic Store and the Creative Director against Steam and the monopolies

La diversity, in life, it is one of the few values ​​that deserves to be defended regardless. Video games are nothing more than one of the many mirrors where the entire image of mankind is reflected. It goes without saying that even in video games there is one diversity wealth. And this alone would be enough to close the question with a "yes, Epic is right to do what it is doing against Steam". But just in case, the arguments in favor of Epic they do not end there.

The Right Choices of Epic.

On the Epic Games Store missing several things that instead there are on the Valve platform, no doubt. But how many of these are actually fundamental? Over time, user reviews have proven to be a tool tremendously unreliable and used with malicious intent, both by users and developers. And in a world where the bulk of the gambling population prefers to rely on Facebook groups or, at worst, resort to Reddit, it really makes sense to complain about the lack of internal forums, fetish of a past pre-social Internet era? The case of Borderlands 3 has made this clear: lacking the functionality on the Epic Store, the user has experienced "the art of getting by". Ironically, it also ends up on Steam, but it is unimportant for the purposes of the debate. 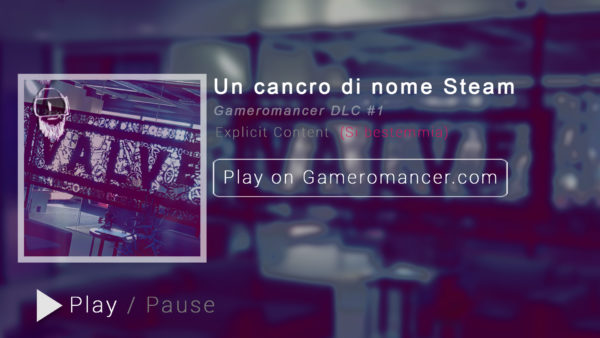 It made absolutely sense launch a service further "behind" than Steam and other competitors. He knew, in fact, that most of the absent features are stuff for geeks. Things that can easily come at a later time (as happened with cloud saves). Aware that there is only one truth: the average player is interested in playing.

It will not be something analogous to the curators' program or user-created guides to move the mass, but very trivially the games. So, having to choose between providing a Steam-like service and beefing up its catalog, Epic took it the right direction. Especially because (and it is good to point out) she did not show up at the home of the developers who granted the exclusive with a gun and threatening them. But it has instead proposed agreements beneficial to both parties. A platform that, at least at the moment, is immune from some of Steam's most serious and pathological congenital problems. Problems that developers have been complaining about for unsuspected times and that in part, in the previous two years, have contributed to the success of the Nintendo Switch.

Fun Fact Borderlands 3 turned out to be the best PC launch in 2K history despite the exclusive timeline on the Epic Games Store.

In the first place, Epic Store is satisfied with the 12% royalties, against Steam and his 30%. The advantage is clear even without bringing up the second question: the problem of discoverability. There are a lot of direct testimonials (even on our pages) from developers complaining the unsustainability of Steam. From the point of view of the releases, The Valve store guarantees the presence on the home page of its title for an average of 10 minutes. At launch.

All exacerbated by the fact that so many mediocre titles are published or to the limits of the scam. Productions that stifle the most deserving because Valve, quite simply, is not never seriously interested in the problem. Epic Store, in the brawl against Steam, has solved the problem by looking door-to-door who creates video games. By creating a catalog of games made available for free to subscribers, which is updated every month. And, in short, having a lower number of outputs on its portal, it is able to enhance them overall better.

If we then add to this a qualitative evaluation of the choices made to establish which exclusives to bring to the platform, we cannot fail to associate Epic with Renaissance patrons: a product like Remedy's Control would never have made its way into the general public, condemned to remain a cult product for a selected number of players - now it is the stylistic code of the studio. And in fact it didn't, but the money made from the exclusive deal with Fortnite's mom has already allowed the Finns to break even, and monetize every copy sold since day one. A certainty that until now only the first party studios of the major console manufacturers on the market could possibly boast.

As in the case of Hitler who, without having studied Napoleon's failure with Russia, undertook Operation Barbarossa, Epic Games collides with Steam on ground where already EA and Ubisoft, with their respective launchers, have failed. And it is doing it in a barrage of exclusives, putting on the plate not only the titles built in house but going to seek exclusive agreements with third parties. Unleashing Steam from its 15-year-long established position is certainly not easy. However, apart from its function as a developer boon, you can't ignore how much the Epic policy, based towards customers on exclusives and not on better sales conditions, is generating discontent among players. On the one hand, the needs and rights of developers, on the other, those of users.  To tell us if the actions of the now colossus of Sweeney will be enough, at least, to push Epic Store against Steam until it surpasses Valve, it will be only time.

Do you want to be a video game expert and know all the tricks, guides and reviews for your video games ? Holygamerz.com is a group of video game fanatics who want to inform you about the best tricks, guides and tips. We offer you the best information to be a reference in gaming, so here you can find guides, tricks, secrets and tips so you can enjoy your games to the fullest. Are you ready to get all the achievements of that game that you resist so much? Enter now and enjoy your favorite video game to the fullest!
News Avengers: Infinity War collects € 3 million in 24 hours ❯

Add a comment from Special Galeotto fu Epic Games Store: is it right to fight against Steam?