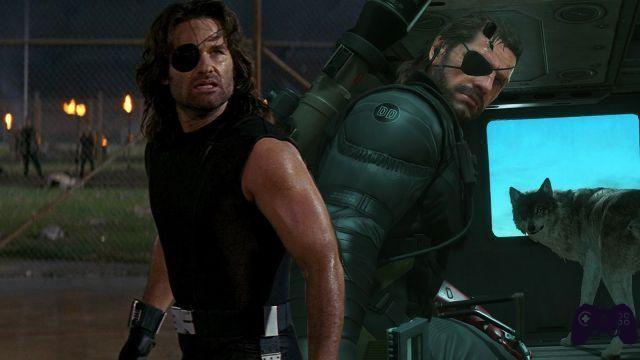 Too often the two mediums, Cinema and Videogames, are correlated. Obviously for the wrong reasons.

A few years ago I made the unfortunate choice to study Cinema, as a video game enthusiast. Mine was and still is a passion that has developed in parallel with the love I have always had for the videogame medium.
What I have always found interesting and in some ways astounding is that the two most recent mediums share a productive history. extremely similar.
It is therefore not wrong to correlate Cinema and Video Games, but we have always done it for the wrong reasons and with a certain degree of myopia.

Why compare them?
In reality the answer is very simple: we are human beings, we make a terrible effort to analyze things for what they are and, above all, we desperately need terms of comparison.
Although I too would really like the day to finally arrive when the video game will be recognized the dignity of being taken into analysis as an autonomous medium, for the moment to talk about it in relation to the second youngest form of expression in the history of our species. it could help us not to make the exact same mistakes we have done in the past.

It was originally the magic lantern

Is Pong really the first video game in history? Spoiler: Absolutely not

Obviously the Lumiére brothers did not invent cinema overnight: their merit was "only" that of being the first to get to the patent office. Indeed, their invention was the end result of XNUMX-year-old experiments. Cinema already existed, but in an embryonic form. What was lacking was the technology to elevate those strange inventions from a simple entertainment show to an accomplished and mature form of expression. The Magic Lantern and the phantasmagoria existed for a long time before the Lumiére invented paid projections, and watching them today has a strange effect. More or less the same effect as being confronted with Pong, which looking at him today would not seem like it, but without him today we would not even think we can beat prostitutes in the alleys of Los Santos.

The origins: the race for cover of the people who matter (go)

When Cinema bursts onto the scene between the late 1800s and early 1900s, the world of art arises.
Nobody could conceive how that same expressive form that amused the commoners in the circuses of half the world could be defined modern art.
How could that money machine be compared with secular creative forms such as painting, theater and literature?

For twenty years the entire community of intellectuals competed to see who throws the most mud on Cinema. Then it happens that the same fringe of high-ranking snobs smell the money that orbited around that new medium and then change their mind and start writing subjects and scripts in search of a few easy dollars. Obviously, in order not to lose face, many do it under a pseudonym.

From the moment in which even the most talked-about exponents of book clubs around the world had taken the first step, then the mistrust towards cinema began to diminish and thus began to flourish works that boasted the signatures of authors of the caliber Gabriele D ' Announcement in order to be accepted as a form of "high culture".

Art or entertainment? Why not both?

Hideki Kamiya does not make art.
And he tells us while he is intent on looking at a nice pair of tits


The world of video games has been the victim of the exact same form of distrust, but more aggravated. The fundamental difference lies in the fact that, now that we have definitively cleared the concept of cinema as an art form (even if Scorsese would need a refresher on the subject), not only the creators but above all the user e the trade press (INSERT link to Metalmark) try to ennoble the video game only through its references to the Cinema, and then cover with insults those few authors who really try to evolve the medium in an autonomous and independent way. It will always be too late when we understand that Cinema and Videogames also exist outside the rappor

Cinema sought legitimacy through literature. Today, however, industry and generalist critics are desperately looking for a point of contact between cinema and video games to demonstrate how these can be an art form, forgetting too often that the video game has its own language which has nothing to do with Cinema.
The situation is so complex that a good chunk of game designers refuses to be given the label of "artist".

Shigeru Miyamoto in an interview with Glixel

The well-meaning populace has always tried to unmark any kind of autocriticism. If the society we live in and the planet we walk on are going down the drain (which very often means only and exclusively that they are changing) then the fault must necessarily be someone else's.
Once upon a time, the great enemy of respectable society was cinema. Too violent, too subversive, too free to say and do what he liked so as not to upset those who had grown up on bread and Christian morals.

With the advent of video games, the speech has not changed one iota; if on the one hand we still have the association of informed mothers who are terrified by the fact that Joker it is a violent film, on the other side sit a political class and a good slice of the generalist press who have established regardless that the games are transforming all lovers of the medium into bloodthirsty monsters and slaughters.

Eric Harris e Dylan Klebold, after shooting wildly in the Columbine High School, go from being angry teenagers with a myriad of personal problems to being portrayed as misfits who play too much Doom while listening to i Rammstein.
The killing was not caused by depression, bullying and repressed anger; the principal apparently was John romero, who, after having plagiarized the young minds of the boys, was in a jacuzzi surrounded by luxury escorts. Violent cinema and video games were the only cause of that tragedy, together with the devil's music.

In order not to admit that we are a mean, inattentive and fundamentally cruel species, we always blame art

Neglecting memory: Square Enix as the cinema of the Origins

When we talk about the relationship between Cinema and Video Games we tend to refer to Hideo Kojima, Telltale Games and (himè) David Cage. Whether the comparison is right or wrong, it's curious how no one has ever emphasized the past between Square Enix and the seventh art.

History pills:
Did you know that Square Enix caused Tom Hanks to go into hysterics?

What is interesting, however, are the statements of the development teams who worked on the remasters of Final Fantasy VIII e IX, who admitted to having struggled particularly in the realization of the new versions of the titles because, quite simply, the source codes of the games were lost. In fact, in the 80s and 90s, it was common (especially among Japanese developers) to use trash the source codes of the games just released on the market.
On the one hand, the intent was to protect them from piracy, but on the other there is a conception of the video game seen only as a commercial product to be sold to the masses. There was no need to guard and preserve those works, most likely because they were not perceived as such but, in fact, as simple toys.

We will never learn.

Yet there was already a precedent: most of the films produced between the late 1800s and 1920s were lost forever precisely because they were seen as trivial objects to be sold to the paying public, once the turnout in theaters decreased significantly. they were simply thrown away. Nobody liked the idea of ​​keeping old films at home that had exhausted their economic power, especially because, originally, the film was easily flammable and literally risked being destroyed. to blow up in contact with air.

The history of cinema as we know it has its roots in this temporal vacuum from which only a very small portion of the production of the time was saved. In the same way, the children that I will never be able to afford to have seriously risked not being able to know in depth the history of the video game because the software houses of the golden age of the medium did not care to keep the works they had given birth to. Cinema and Videogames, once again, are united by the same, identical, error.
But why don't we want to learn? 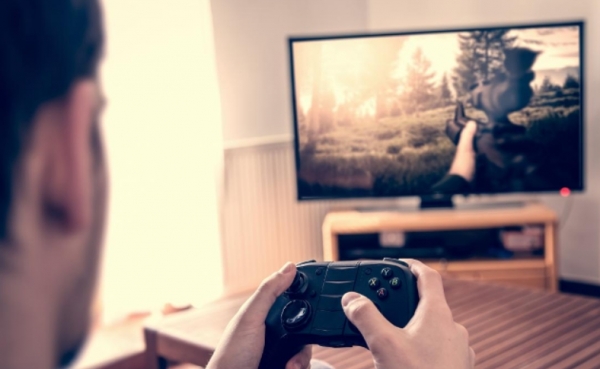 A look at the present: Netflix does what Amaz (d) on ('t)

You remember the times of Console War? That era when in the 90s Sega e Nintendo they had declared war and were fighting with consoles, exclusives, mascots and aggressive advertising, it was a golden age of the medium. The pursuit of the best quality / price ratio and the game that polarized the public's taste has characterized what has been a real golden age for the video game as a medium, which has been enriched with new ideas, new mechanics and new developers. encouraged to evolve more and more the language of the medium to beat the competition. Those times, at least for the home console universe (given that the conflict has now moved to the PC Gaming front with the onslaught of epic Games to the monopoly of Steam), are long gone. Or maybe not.

Just think about it even for a moment: in recent years it has been the cinema industry that has drawn heavily on the distribution dynamics typical of the video game. We no longer live in the era of Console War, but in that of Streaming War: a microcosm of paid streaming services has come to be created that compete with the public against each other, using the weapon of the products exclusively in order to tempt the customer and make him pay the monthly subscription fee. We are no longer talking about consoles of 300 or 400 euros, but of micro subscriptions that often do not exceed 10 euros per month (and which for this reason are not minimally competitive and lead people to take out multiple subscriptions, without the need for one true competition), but the underlying concept is the same.

Reflected light, but in reverse

One last small example of how audiences and critics aren't really focusing on these - real - similarities was the launch of Bandersnatch. For many seeing cinema imitating the video game was seen as an act of pity of the first to the second. The reality is another, and to some it may actually be very scary:

The dominant medium today is the video game, and it is cinema that is desperately trying to cling to it to attract new audiences.

Do you want to be a video game expert and know all the tricks, guides and reviews for your video games ? Holygamerz.com is a group of video game fanatics who want to inform you about the best tricks, guides and tips. We offer you the best information to be a reference in gaming, so here you can find guides, tricks, secrets and tips so you can enjoy your games to the fullest. Are you ready to get all the achievements of that game that you resist so much? Enter now and enjoy your favorite video game to the fullest!
OkunoKA review: have a break, but don't break the Switch like a Kit-Kat ❯

Add a comment from Special Cinema and Videogames: a comparative history.