Special Bitmap Books: the value of the memory 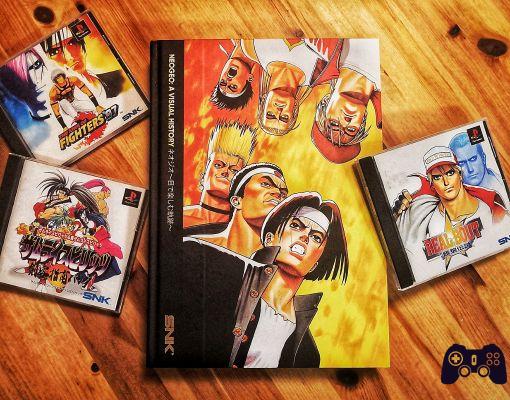 Are you interested in preserving the history of the video game? Then buy HERE the books of Bitmap Books.

The one of Bitmap Books is an incredibly important reality for the world of video games. Not so much for today's world as for that future. Today, in fact, that of retrogaming is an established reality that has also hit the most casual gamers, who have filled their homes with mini consoles, Raspberry Pi and old console titles that are equally old. It is a craze that has spread in a very short time, fueled by the obsession with vintage and the great 80s revival that has hit us in recent years. Like all crazes, though, it's going to create one bubble, which sooner or later will burst.
And once it erupts? What will happen?

The risk is that everything will go back to the way it was before the advent of the great revival: little interest in older systems and no consideration for what is the history of the medium, which will probably be swallowed up by the great machine of cloud gaming and streaming. . With all due respect to those who, like me, will continue to fill their homes with platisca and cardboard boxes with toys inside.
So what will be the defense weapons of realities such as Bitmap Books to stem the problem? Trivial to say, perhaps, but they will be some books. 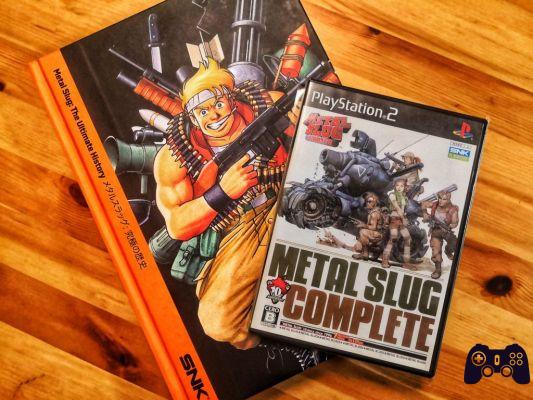 Video games have changed over time, we have pretended not to notice 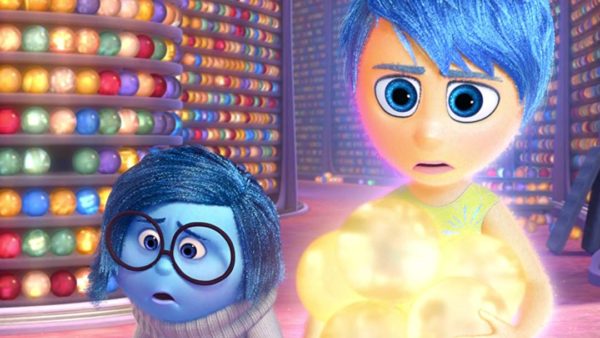 To learn more:
Video games, between digital memories and fragments of emotions

There was a time when the games were very simple in design and progression. The reason? There were no bailouts.
The moment we discovered the way to save, video games transformed, began to tell stories and allow for ever more massive adventures. We, as a result, we have done nothing to save the history of video games. Despite the fact that for years the cultural importance of the medium on our age has been clear, and despite the fact that we often debate the possibility of considering the videogame as an art form, the initiatives for the "protection" of its history are very few.

This makes the cataloging work done by Bitmap Books and HardcoreGaming101 indispensable, or the large collections of titles of the past such as SNK 40th Anniversary Collection o Sega Ages. On the one hand, not only the great masterpieces of the past but also the forgotten titles are made available to today's players, while on the other hand the production history, the impact on the medium, the technique are told and new light is given to unknown developers. .

Because for every Hideo Kojima out there, there are hundreds of equally brilliant developers around the world who haven't had the glory they deserved.

The visual compendium: the bible of the back consoles

As already mentioned, the mission of Bitmap Books is to preserve the memory of the video games of the past. For this reason the first in the catalog are compendia dedicated to single consoles such as NES / Famicom e SNES / Super Famicom.
These are gigantic volumes, in English, printed on the highest quality paper. Their content is very varied and brings together interviews with industry professionals and developers, retrospectives on big houses of the caliber of Squaresoft, Enix, Acclaim, Konami and Capcom. All accompanied by beautiful images of the games and hardware. 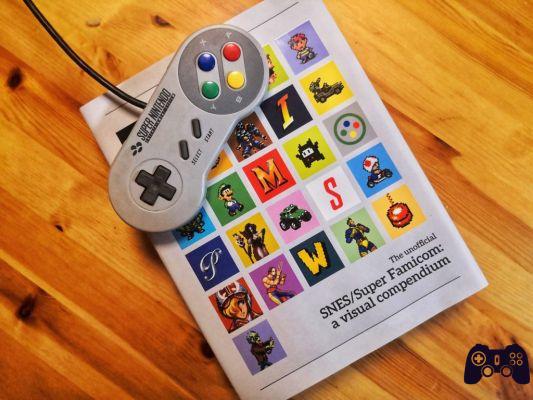 The work done is impressive: there is space for every genre of video game which is accompanied by insights on box art and their conception, as well as on titles that have never been released. Numerous pages are also reserved for collateral topics such as the homebrew scene, fan art and even the sector magazines of the time. A 360-degree vision that embraces the whole industry, giving the possibility to know also unknown realities to European gamers.
Visual Compendiums are the videogame equivalent of the bible. 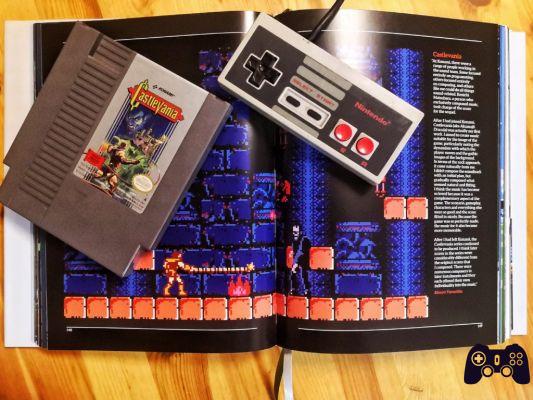 The importance of the gaze

As I see it, tracing the history of this medium is impossible if they are not accompanied by words pictures. We didn't fry our retinas in front of cathode ray tubes for no reason: our fondest memories are linked to images. Whether they passed on the TV screen or were simply printed on the cover, those images have irrevocably shaped our aesthetic taste. 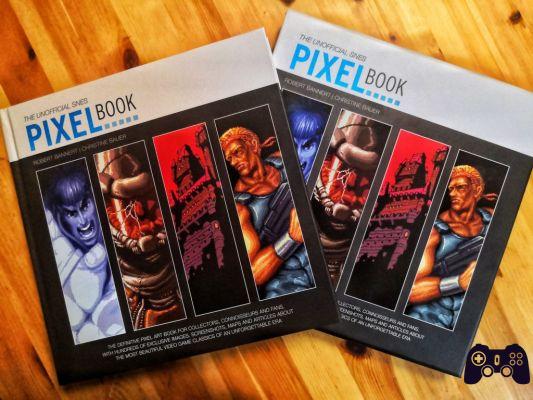 It is also for this reason that Bitmap Books has strongly focused, among other things, on books that collect the legacy of these images to create catalogs of sketches, pixel art and box art. This is the case with the SNES Pixel Book, the most recent of the releases in the catalog, which collects the most iconic images taken from the video games that have marked the history of Nintendo's 16-bit console.
Inside there is a vast analysis of the aesthetics and design of the various genres. There really is something for everyone: ranging from the explanation of the design and size of various bosses to the analysis of the various scenes in which, in the JRPG, the party gathers around the fire to sleep. Again, the pages are full of very interesting comments and insights.


They are flanked by this Super Famicom: the box art collection - a collection of the covers of games released in Japan - e Artcade - catalog that collects designs of the marquees of the most famous cabinets and arcade coin-ops. 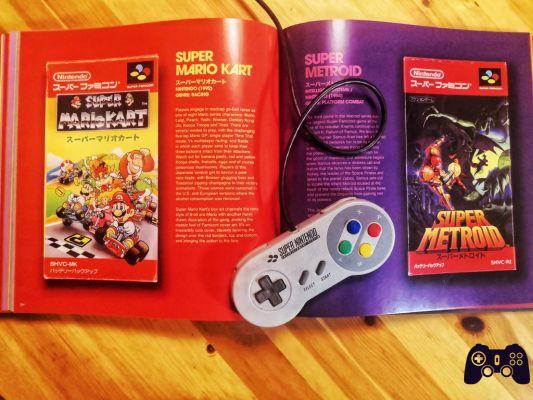 Here comes a new challenger: the collaboration with SNK

I speak as a collector: NeoGeo is a console that terrifies me.
It has always been the consul of rich children, it cost a lot at the time of its release and today it has reached mind-boggling prices. Yet I have always been in love with mother SNK's machines and software.
This is why I was ecstatic when Bitmap Books announced a partnership with SNK, today more than ever on the launch pad for rebirth. To date, this collaboration has led to the publication of two priceless volumes.

The first is NeoGeo: a visual history, a gigantic book tells the story of the birth of the historic MVS cabinets and SNK's home console, while in parallel we are offered a retrospective on the titles released on the platform, on the marketing campaigns and on the creation of those that are still today among the images most spectacular of the 2D era. Much more space is left for the visual component and the information is a little more concise, but the general quality remains very high. NeoGeo: a visual history is the best way to learn about the history of a legendary console still unknown to a large part of the public. 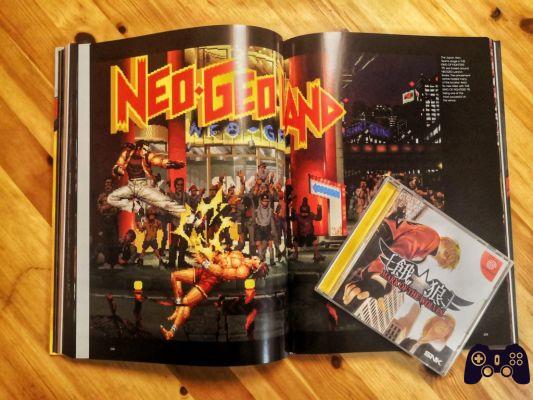 The second book born from this collaboration is Metal Slug: The ultimate history. An omnibus that explores every aspect of one of the best known sagas of all time, which has made us incinerate wallets and pocket money in arcades around the world. Also in this case the amount of archival material, interviews, sketches and historical notions is gigantic. Every single chapter of the saga is covered in depth, including the more niche ones released only for NeoGeo Pocket and Gameboy Advance, taking from the past the titles developed by Nazca Corporation and Irem that led to the birth of Metal Slug. 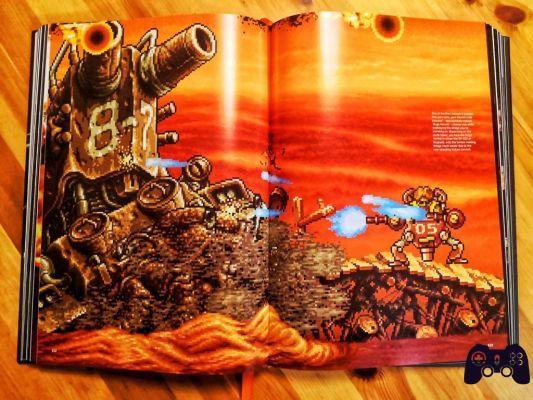 Also in this case, not only the games are taken into consideration, but also and above all the creatives who contributed to the birth of each single title are highlighted. In the book there are numerous interviews with SNK prominent personalities who retrace the creative process behind Metal Slug, offering an interesting and unprecedented point of view on the development. It's nice that someone, in 2019, took the trouble to gather all this information and testimonials. Especially in the face of criticism and sector journalism that often ignore these aspects to focus on the next big thing.

We really need this kind of commitment

We need it because to understand how the medium will evolve in the future we need to know how it did in the past. Not to mention that, as fans, reading the stories of the gestation of legendary titles such as Metal Slug or Starfox, or even how Tom Dubois came to conceive the covers of the first Metal Gear can only enrich us.

We must learn to respect the history of this medium, because it is part of our history as human beings and as ludens.

Do you want to be a video game expert and know all the tricks, guides and reviews for your video games ? Holygamerz.com is a group of video game fanatics who want to inform you about the best tricks, guides and tips. We offer you the best information to be a reference in gaming, so here you can find guides, tricks, secrets and tips so you can enjoy your games to the fullest. Are you ready to get all the achievements of that game that you resist so much? Enter now and enjoy your favorite video game to the fullest!
Mario & Sonic review at the Sochi 2014 Olympic Winter Games ❯

Add a comment from Special Bitmap Books: the value of the memory