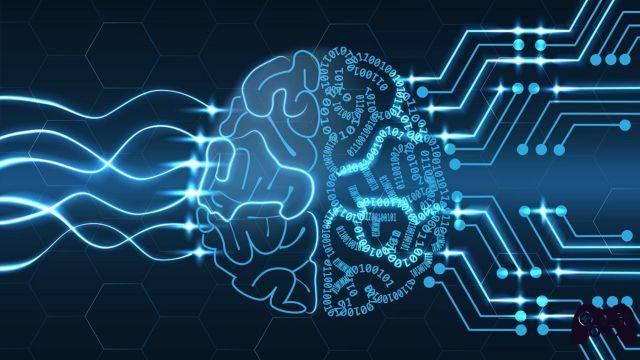 With passion and creativity you can develop excellent titles, but it is not taken for granted that they are equally profitable. Producing a video game nowadays, maintaining all the quality standards to which we are now accustomed, is really expensive and the manufacturers (Ubisoft, EA Games ... Amazon?) Try in every way to reimbursement of expenses, which they got really, really crazy. Writers, screenwriters, game designers, level designers, concept artists, 3D artists, programmers, sound designers, mocap actors, project managers, commercials and so on towards infinity and beyond, are just some of the figures involved during the development and all, some more and some less, must be able to eat. 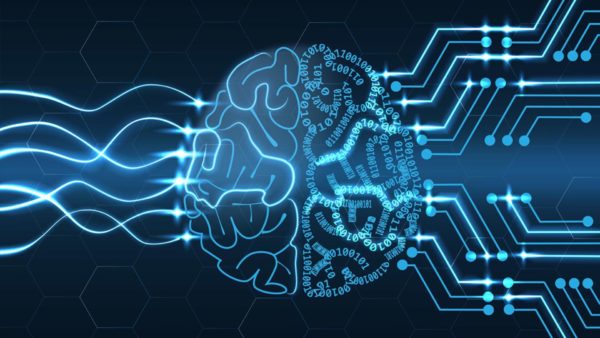 To learn more:
Amazon has seen the future of video games and we may not like it

With the increase in personnel and therefore in quality, we have recently also witnessed the increase of that part of the video game that we could define as commercial. While we cannot complain at all for free-to-play titles (somehow they have to repay their work) this is not true for triple A titles. DLC conceived as an integral part of the main plot and not as an expansion of it, loot boxes that help to conclude specially created missions stressful and shiny equipment with an unrealistic virtual cost, but easily purchased with real money, rightly make the gamers they see turn up their noses castrated his own game paid at full price.

Emblematic was the story of Monolith and his handling of the last phase of the game in Middle-earth: Shadow of War. To access the real ending, tedious end-game activities were required that could easily be bypassed through the purchase of the hated loot boxes. Monolith was harshly criticized for this choice and had to take a step back to keep up appearances.

It's no longer about buying embellishment items to show off online with your friends, it's about almost mandatory content in order to fully enjoy the much desired title. And given the initial cost, a small investment in additional content to enhance the gaming experience could be beneficial in our eyes. Which it absolutely is not. 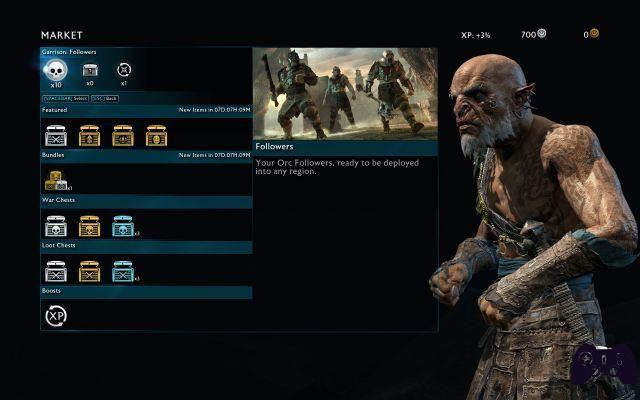 The Monolith story is just one of the many choices of aggressive marketing that in recent years have favored the entry of pay-to-win in triple A games, but as always, what we see, what emerges in our eyes as an average user, is only the tip of the iceberg. 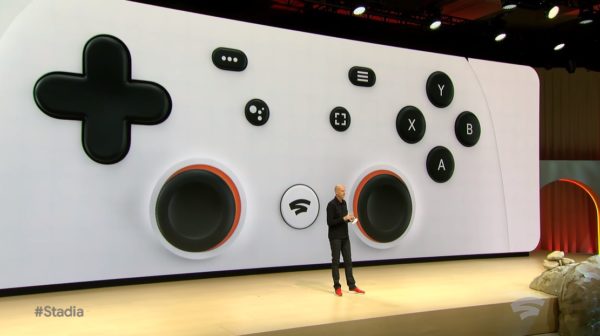 To learn more:
Google Stadia: why it's time to grow

Video games are one of the few world markets that have not known any crisis and some large companies, which have nothing to do with the videogame world, have for some time already spotted this goose that lays the golden eggs. We recently saw Google announce its new Stadia streaming platform, and many have shouted for the revolution. What if I told you that the most shocking changes could come from another big company, whose only relationship with video games until recently was to sell them at a reduced price? Obviously we are talking about Amazon.

Perhaps not everyone knows that Big A's true strength lies not so much in the thousands of warehouses and runners it owns around the world, but rather in its Babylonian digital infrastructure that supports it. Here, if lent to the world of video games, that immense structure opens a Pandora's Box that until now had not yet overshadowed our idyllic world.

Now it's up to you: red pill o blue pill?

The increasingly invading importance of Twitch

As Fortnite teaches, even if a game is not technically and artistically a masterpiece, if well marketed it can still make millions and millions of dollars. It is the so-called "Twitch effect", which thanks to the most famous streamers, manages to transform products with a questionable aesthetic taste into hens that lay golden eggs.

In addition to the well-known platform, Amazon offers developers a series of features for natively connect your game to Twitch. For example, it is possible to allow streamers to create and manage tournaments directly from their Twitch channel, without any intervention from the development team. Or, allow users to join a streamer's game through a Twitch feed, without having to search the servers. 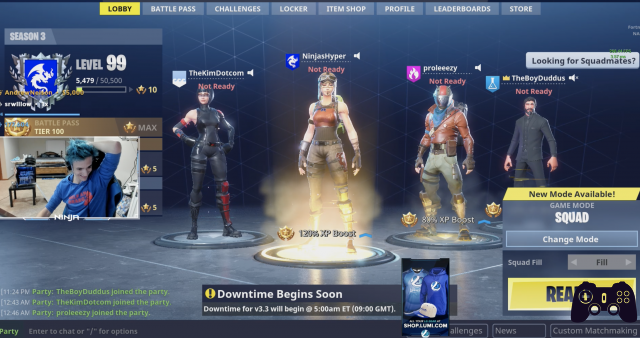 Through Twitch Dev, Amazon proposes a entire development path to fully integrate your game to the streaming platform, some guidelines that developers must follow in order to make the most of this immense catchment area. But all of this comes at a price. In addition to having to follow your manufacturer's marketing guidelines, now developers must also take into account this Amazon-suggested development pipeline, thus having to adapt their initial vision of the game to it. All this seriously damages creative freedom.

Another great revolution for developers is the ability to exploit Alexa as a new input into the game. Thanks to the voice recognition algorithms, programmers will be able to hook an in-game event to a certain word, sending the sound picked up by the Alexa device to the AVS (Alexa Voice Service) servers which will recognize its meaning by returning a code understandable by the machine, thus bypassing the keyboard input.

The choices we make, in any virtual place online, have an impact on the creation of new content, both digital and non-digital.

So far nothing Masonic, thinking of being able to finally respond in person to the choices that the game offers us is really exciting, certainly a further step towards thatimmersiveness total that we crave so much and that we have only begun to taste with the VR viewers (I wonder what happens to video games with the opening of Westworld). But aren't we forgetting something? Ah yes, that's right, the value of our data and our choices in the interconnected world.

These tools allow him to collect a huge amount of data both in game and on social networks, cataloging all the decisions that players make on each title developed through the aforementioned platforms. This data can then be used by the development team for understand what the tastes of their users are and thus change the direction of their product once published.

Are you starting to see the green codes along the walls of the room? Well, because now we will go directly to meet the Architect.

AlphaGo A beautiful docu-film that illustrates the incredible potential of Machine Learning and the goals achieved so far is AlphaGo, available on Netflix.

Have you ever heard of Machine Learning? Put simply, Machine Learning is a branch of Artificial Intelligence that develops and studies machine learning. Yes, you heard right: automatic and autonomous learning. Programmers no longer write the entire decision-making code of an AI, but only a series of learning methods that the machine uses to analyze huge amounts of inputs and outputs. After numerous cycles of analysis, it “understands” that a certain type of input data corresponds to a particular output data and will thus be able to respond independently, without its decision having been scripted.

Had we talked about data collection methods before?

We are facing a real turning point, the point of no return that will perhaps forever change the concept of video games. Amazon through the ML offers a real-time prediction of when players will leave the game, how much they will spend and what items they will buy next. Like it or not, they generate extremely rich behavioral data sets that provide an ideal playground for understanding human behavior. With this source of information, Machine Learning can explore social and consumption dynamics and predict user behaviors, so they can adapt in real time to keep players in game, without any human intervention. 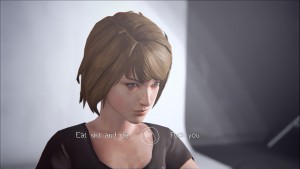 To learn more:
Choice in Video Games: Illusion or Reality?

The video game no longer as a work of art sculpted entirely by the development team, but as a son who, after having accompanied him in his first steps, begins to have "autonomous thinking" and to "choose" what is best for him.

Technological progress has so far brought a lot of positivity in the world of video games, it has greatly helped the authors to better express their game design and their message. But with the latest discoveries in the field of Artificial Intelligence, new questions arise that we struggle to answer. If the machine at a certain point in its life cycle makes decisions in total autonomy, who will be responsible for its actions? It is necessary to meditate on this before giving life to entities that we do not yet know how to manage.

Do you want to be a video game expert and know all the tricks, guides and reviews for your video games ? Holygamerz.com is a group of video game fanatics who want to inform you about the best tricks, guides and tips. We offer you the best information to be a reference in gaming, so here you can find guides, tricks, secrets and tips so you can enjoy your games to the fullest. Are you ready to get all the achievements of that game that you resist so much? Enter now and enjoy your favorite video game to the fullest!
Guide The Last of Us: Part II - Guide to safes and combinations ❯

Special The level design of Sonic The Hedgehog