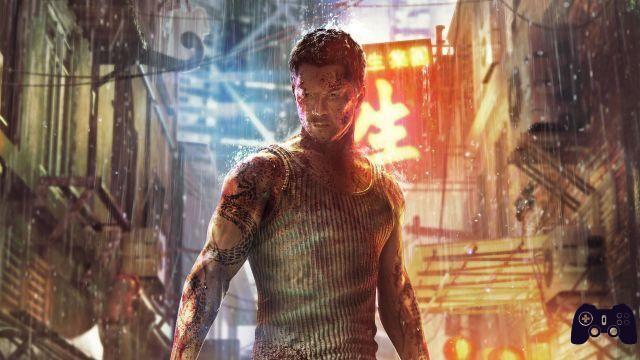 Nowadays, remastering of last generation titles are the order of the day. Not a month goes by, in fact, without a new version called "HD", "Remastered", "Definitive" or in other ways arriving in the shops, but which is none other than the base game with some graphic improvements and all the DLC inside. This new "fashion" of making games may or may not like it, but it should be highlighted how some operations of this genre are certainly successful (The Legend of Zelda: The Wind Waker HD, The Last of Us Remastered in primis), even without innovating in no way the gaming market. After the good work with Tomb Raider Definitive Edition, Square-Enix will try again with Sleeping Dogs (here our old review), a free roaming title from two years ago which, despite some technical uncertainty, managed to amaze critics and audiences thanks to some strengths. Will a "new" graphics and a large number of DLCs be enough to make this title interesting even today?

From China with fury

The narrative sector of Sleeping Dogs is certainly one of the aforementioned strong points of the title. The plot sees us in the role of Wei Shen, an agent infiltrated within the Chinese mafia who, due to a turbulent past, will face situations on the edge between good and evil. The story, with a decidedly cinematic cut, is interesting from the first to the last minute of game, keeping the gamer magnetized to the screen thanks to multiple twists, extreme situations, mature topics treated with indisputable mastery e always excellent dialogue. In fact, there are not a few scenes that will leave you speechless and that, thanks to an excellent acting by the entire cast of characters, will remain in your heart for a long time. We can say, in fact, that even only for the narrative sector Sleeping Dogs turns out to be a title to play absolutely, placing itself above many other games of the same genre and better advertised. The DLCs present within the title, although not linked to the main plot, offer a few additional hours with some particularly inspired situation and which certainly will not be long in entertaining the player.

IN SLEEPING DOGS THERE ARE MANY THINGS TO DO

From the point of view of the gameplay Sleeping Dogs is, unfortunately, aged slightly badly especially because of the never too abused Rocksteady Free Flow Combat. The combat system, in fact, it turns out quite enough woody and imprecise during some actions, becoming even annoying in some moments due to some camera problem and lack of reception of the keys. Obviously the title is still fully enjoyable, but nowadays, thanks to other excellent titles with the same fighting style (The Shadow of Mordor in primis), Sleeping Dogs can only appear slightly dated. OttimoInstead, the guidance system which, thanks to completely arcade mechanics designed to highlight theexcellent cinematic impact, fresh, funny and undoubtedly better than many other recent productions.

Beyond a main campaign that can occupy you for at least ten hours, in Sleeping Dogs there are many things to do. Things that, above all, are never repetitive thanks to multiple types of missions ranging from police raids to karaoke challenges, passing through the obvious clandestine competitions. THE DLC added to this version, in fact, help to make the even more varied title thanks to new missions, challenges and events to play. As if a huge amount of things to do weren't enough, in Sleeping Dogs we will also have to hunt down numerous collectibles which, unlike many other titles, will not be a simple excuse to lengthen the soup, but will serve to enhance your moves and increase your health and skills. In a nutshell: getting bored playing Sleeping Dogs is really hard.

How to get a makeover in Hong Kong

Sleeping Dogs is affected by the troubled work of origin

And here we are at one of the most important themes of a remastered version: the graphics. The technical sector of Sleeping Dogs despite having been considerably updated e perfected, unfortunately it is affected by the troubled work of origin. In fact, the addition of some light effects, realistic sweat on the faces of the characters and volumetric fog is not enough to hide some woody animations (facial and otherwise) and, certainly, not in step with the times and with many other current productions. As for the graphic bugs present in previous versions, it must be said that a great job has been done, resetting practically entirely i frame drops which, in some situations, were extremely annoying and penalizing for the gamer. Ottimoinstead, the sound compartment that, thanks to an excellent dubbing (also by famous actresses such as Emma Stone and Lucy Liu) and a soundtrack always appropriate to the situation, will surprise you and fully involve you in the story. Although outside the technical sector, we would like to underline how Sleeping Dogs Definitive Edition is practically sold to full price (60 €) and how this affects the final evaluation. A considerably lower price (especially for a title from two years ago) would certainly have been more appropriate and we would have felt like recommending the indiscriminate purchase to all those who are looking for a good free roaming fun and engaging story.


Verdict 7.5 / 10 Sleeping dogs are better than watching dogs Comment Sleeping Dogs Definitive Edition turns out to be a decent conversion of an excellent title, but which, due to a still dated technical sector, woody animations and, above all, a very high price, we do not feel like recommending to anyone. In any case, know that if you want to get your hands on this game, you will find yourself in front of a title that, albeit with some limitations, will know how to have fun, be passionate about and entertain you for a long time thanks to many things to do and a mature and beautifully narrated plot. . Pros and cons ✓ Compelling storyline and stellar dialogue
✓ Lots of things to do
✓ All DLCs included
✓ No graphics bugs x Technical sector not up to par
x Woody animations
x Price exaggerated

Do you want to be a video game expert and know all the tricks, guides and reviews for your video games ? Holygamerz.com is a group of video game fanatics who want to inform you about the best tricks, guides and tips. We offer you the best information to be a reference in gaming, so here you can find guides, tricks, secrets and tips so you can enjoy your games to the fullest. Are you ready to get all the achievements of that game that you resist so much? Enter now and enjoy your favorite video game to the fullest!
Guides The Sinnoh event (2021) and its challenges - Pokémon GO ❯

The Suicide of Rachel Foster review: when you play video games in the hotel with anxiety

Beyond Blue review: a breathtaking view