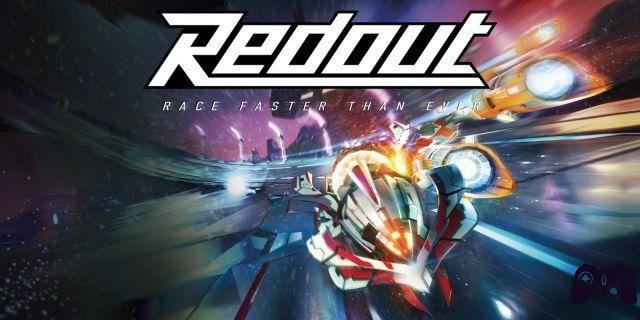 Once upon a time

At its debut on PC Redout it showed off thanks to the shortage of futuristic racing games in favor of realistic simulations, and its arrival on the little Nintendo, where the genre already has notable examples in The Next Penelope and Fast Rmx, may not be as striking as it used to be. However Redout is a title that manages to accurately capture the essence of an era paying homage to the franchises of the past and combining it with today's experience.

The Italian developer 34BigThings, headed by Valerio Di Donato, admitted without too many frills that he was inspired by games such as WipeOut, F-Zero, Rollcage and POD, and you can immediately guess it from the tribute name.

To be or not to be

Redout has always been considered a title with its own self, especially in the game mechanics. This is noticeable with the implementation of the analog stick for maneuvers on three axes, similar to the slide of the F-Zero, but more versatile, which allows us to cross curves almost without touching the brake. 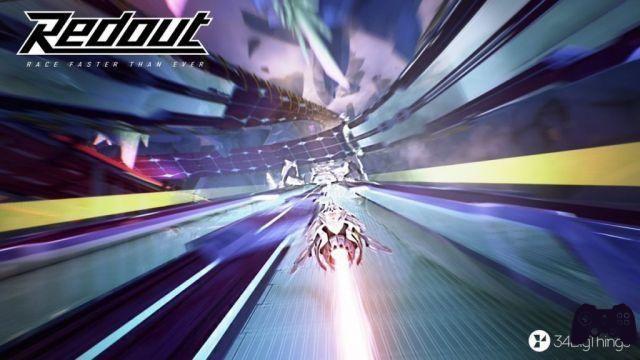 A question of trajectories

Braking is a punitive aspect of driving, it will waste time for not maintaining maximum speed, or for hitting the walls. In Redout you have to position your trajectory in order to catch the chord of the curve at maximum speed allowed using the drift of the chosen aircraft. Also pay attention to how you point your nose during loops, for example, so you don't lose speed when you least expect it. 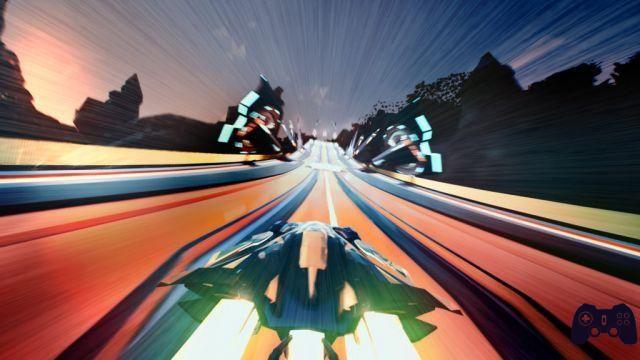 In addition to Wipe Out and F-Zero

As in Wipeout, every vehicle has its own characteristics, and if at Psygnosis we focused on the use of weapons, the title of 34BigThings it is more varied in the structure of the models and in the power ups, which first of all we should unlock. We will get them during the career to evolve our vehicle based on the credits earned, the speed, acceleration or endurance needs required by the tests; divided into classic races, elimination, time trials, tournaments or endurance, real flagships of Redout. 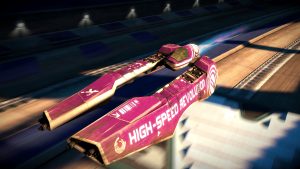 To learn more:
WipEout Omega Collection The feeling of speed is well achieved, thanks to the design of the tracks, which developing far and wide with dizzying gradients, are more reminiscent of thrilling roller coasters. Despite this, there is an inconstant variety in their realization, with simple settings, and on many occasions only the amalgam of colors seems to change. Between electromagnetic impulses, shields, greater grip, better speed, acceleration and reinforced hulls, we can really indulge in the choice of passive or active power ups. Their difference in truth is not so original, but together with mastering driving dynamics can make a real difference on the track.

The casus belli that will give you battle on the slopes is precisely the declaration of fun: if you like high speeds and variety in rehearsals you have certainly found the right mix. The empathy between futuristic tracks, impossible loops and a challenge at 1000 km / h makes it impossible not to cement a solid connection fueled by yet another test. After finishing the events, you still feel the need to try your hand at all those in which only silver or bronze has been won. 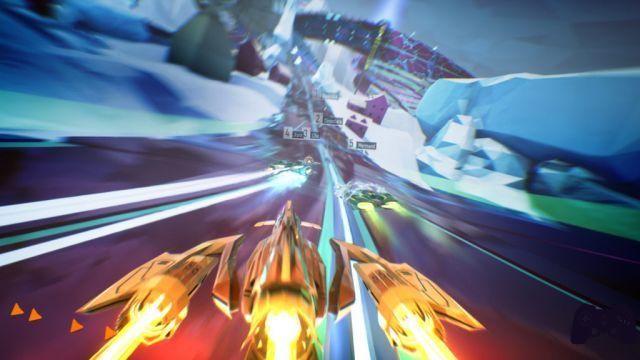 Republic of gamers of sound

F-Zero is unforgettable for the Yumiko Kanki soundtrack, and in Wipe Out there were the Prodigy, here the acoustic and musical section is more than ever in support of the whole play experience with fast-paced and inspired electronic tracks. The porting comes big on the Switch, for the occasion we have 60 routes in 12 locations, a hundred events in career mode, and although with difficulty scaled down, a challenging curve that will keep you busy for a long time. 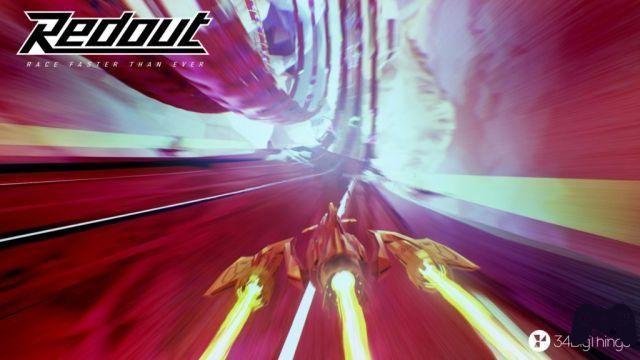 Victory at the photo finish

Despite the small hybrid impressions for the amount and variety of games at its disposal, in porting it can sometimes show the side. Already the conversion from PC to Ps4 had shown some cuts to the graphics sector to keep the 60fps constant. Same thing happened with the Switch to keep the 30fps even on the laptop. Nothing so serious, the fun is the same but visually the experience is less refined; more washed out due to the technical downgrade, but honestly everything runs smoothly and it is still difficult to think of these in during an excited test.

Verdict 8/10 Speed ​​is useless if you run in the wrong direction ... but this is not the case Comment Born on Pc where the title of 34BigThings was able to dominate bringing a genre left behind in vogue, Redout has found new life to fuel the challenges in the console environment, where, however, on the technical side it had to give way while keeping the fun unchanged. On Nintendo Switch, the title developed by the increasingly talented Italian publishers has nothing to envy in terms of variety, challenge and entertainment compared to other shores, always positioning itself at the top of any ranking. However, if you reserve so much importance to the technical side as to fun, the advice is to play it on platforms, if you already have them, more preforming even if 30 frames certainly do not make the difference in front of such well-conceived titles. Pros and cons ✓ Great variety of evidence
✓ Heart-pounding challenges
✓ Smooth and fast ... x ... Despite the technical downgrade
x Online for a fee
x No split screen in docked

Do you want to be a video game expert and know all the tricks, guides and reviews for your video games ? Holygamerz.com is a group of video game fanatics who want to inform you about the best tricks, guides and tips. We offer you the best information to be a reference in gaming, so here you can find guides, tricks, secrets and tips so you can enjoy your games to the fullest. Are you ready to get all the achievements of that game that you resist so much? Enter now and enjoy your favorite video game to the fullest!
Special Race and sex in video games ❯

WWE 2K Battlegrounds | Review, the redemption after the disaster?

Add a comment from Redout Review: Fast and Switch