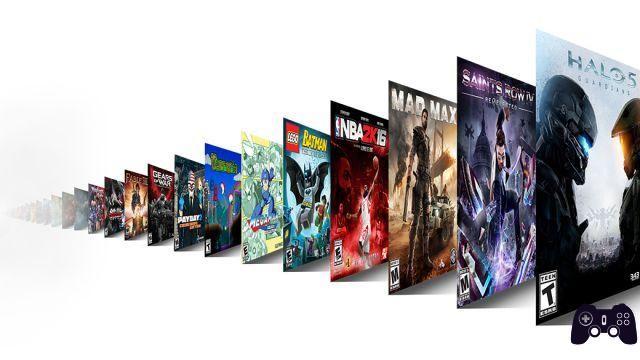 Microsoft products announced in a press release the arrival of a new subscription service, Xbox Game Pass, which will allow all owners of Xbox One to access a rich catalog of over 100 titles between Xbox One and Xbox 360 backwards compatible.

In anticipation of the launch of the service which will take place next spring, some members of the program Xbox Insiders will be able to try out this new service in advance.

In the press release all the details released on Xbox Game Pass.

The Xbox team is delighted to announce the new subscription service Xbox Game Pass, which will allow users unlimited access to over 100 Xbox One games and backward compatible Xbox 360 titles for Xbox One for € 9,99 per month.

Here is some information about the Xbox Insider Program:

Among the titles that will be available in the spring with Xbox Game Pass you will also find: Halo 5: Guardians, Saints Row IV Re-Elected, NBA 2K16, LEGO Batman, Mega Man Legacy Collection, Terraria, Payday 2, Gears of War: Ultimated Edition, SoulCalibur II and Tekken Tag 2. These titles will not be available in the Xbox Insider Program.

Xbox Game Pass, the new subscription service for Xbox One that will allow access to a catalog of over 100 games, will arrive at the end of spring. What do you think?


Source
Do you want to be a video game expert and know all the tricks, guides and reviews for your video games ? Holygamerz.com is a group of video game fanatics who want to inform you about the best tricks, guides and tips. We offer you the best information to be a reference in gaming, so here you can find guides, tricks, secrets and tips so you can enjoy your games to the fullest. Are you ready to get all the achievements of that game that you resist so much? Enter now and enjoy your favorite video game to the fullest!
WMD Worms Preview ❯

News + When video games are reality: the school on Minecraft at the time of the coronavirus