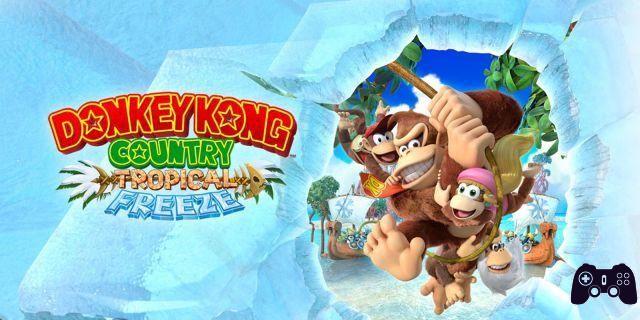 In view of the release of Donkey Kong Country: Tropical Freeze scheduled for this Friday, Nintendo released two new trailers and introduce more in depth as many characters: Diddy Kong and Dixie Kong.

Diddy kong is a classic character, who first appeared in Donkey Kong Country and then remained as one of the main characters of the series. In the upcoming title it has the advantage of being the faster character, can use his jetpack to get up in the air and boasts a very useful peanut gun with which to stun enemies.

Dixie Konginstead, he made his first appearance in Donkey Kong Country 2: Diddy's Kong Quest. In the new game he has the ability to exploit the tail with which he collects his hair as a propeller in the water, to perform incredible double jumps and to hit enemies. He also owns one cap shooter to stun enemies.

In case you are interested, it is still possible to pre-order the title on Amazon.

Donkey Kong Country: Tropical Freezeis is currently already available for Wii U and from May 4th it will also be available for Switch.


Source
Do you want to be a video game expert and know all the tricks, guides and reviews for your video games ? Holygamerz.com is a group of video game fanatics who want to inform you about the best tricks, guides and tips. We offer you the best information to be a reference in gaming, so here you can find guides, tricks, secrets and tips so you can enjoy your games to the fullest. Are you ready to get all the achievements of that game that you resist so much? Enter now and enjoy your favorite video game to the fullest!
Guide Persona 4 Golden - Margaret's (Empress) Social Link Guide ❯

News + Quadruple A, the video game I would like to play