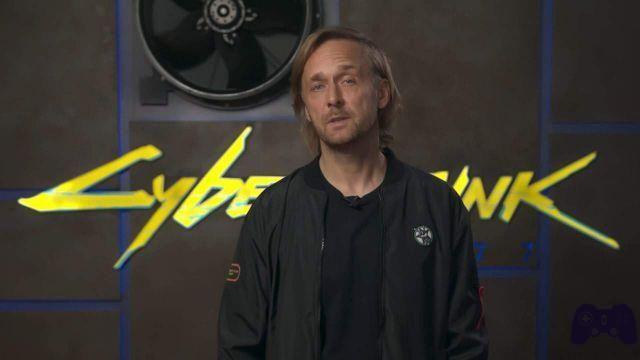 Cyberpunk 2077 made the history of video games by entering the wrong door. CD Projekt Red's apologies are just another chapter in the story.

That CD Project Red has run for cover practically from day one of cyberpunk 2077 it is known history. Despite only the PC copies distributed in time for the expiration of the review embargo, the case still broke out within a few hours. And the company has made - rightly - the expense, especially after some proverbial patches worse than the hole. The first "open letter" where there was talk of refunds without having consulted Sony and Microsoft was in fact followed by the removal of the title on PSN. The suspicious behavior of the company led first to a series of class actions and then to the interest of the Polish government itself. Government which, it must be said, has intervened as co-financier of the work.

On the CD Projekt Red website, themed FAQs have also been published, summarized in the video above.

Why did Cyberpunk 2077 development go so badly? 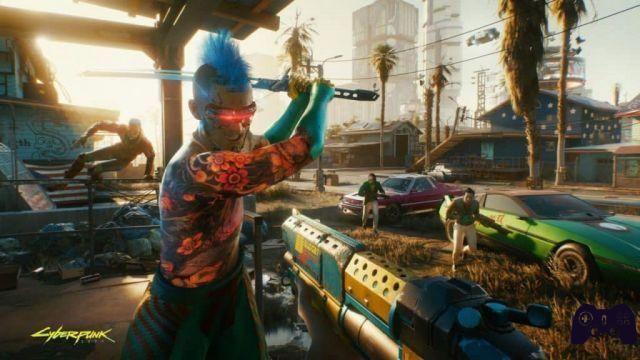 Hype The culprit behind the threats is the culture of hype. Which did not make discounts even among the insiders.

In the first place, Iwinski himself and the company's management take on this responsibility. How right and normal it is, since the actual developers - coders, designers and other insiders - had no say in the decisions made by CD Projekt Red. It is certainly too little and too late, but there is no denying that at least one is putting one's face on it. What then is done in order to continue to feed the "People's Software House" narrative (and in the video published this is one of the fixed points) it is equally true. But it is a step in the right direction. The one that protects those who worked on the game from death threats that come due to choices that are not their own.

From the FAQ, however, it emerges what was the secret of Pulcinella behind the issue. CD Projekt Red thought Cyberpunk 2077 first of all for PC, wanting to create something "epic" on the platform and then fix it on PS4 and One. The main problem is Night City, or rather, the in-game streaming system on consoles. The city is just too full and compressed for this to hold up, and the result is the crashes reported above all on PlayStation.

This is not an excuse anyway, but it is an admission of guilt

Embargo? It is common practice to set a publication date and time for reviews. Clearly, it applies to all portals that have received their copy.

Rimane however wrong the idea of ​​thinking of selling a title on an installed base of over 100 million like the one present on consoles you are not able to provide an adequate gaming experience. How wrong the attitude towards the press remains, which is explained but not justified. The console copies were shipped starting December 8th. In the case of several newspapers, including Kotaku, in any case the codes did not arrive until December 9th. Two days after the review embargo expired. And the same day physical copies started circulating - the official day one was set for 10.

It is also regrettable that the FAQ does not mention another very important point of the NDA stipulated between the portals and CD Projekt Red. Or the inability to use their own gameplay videos. In an era where the presence of a button called "Share" was one of the selling points of PS4 and where we are now used to seeing - and maybe even producing - original content, it remains a sort of unicum from which it would have been good dissociate.

What is CD Projekt Red doing to improve Cyberpunk 2077? 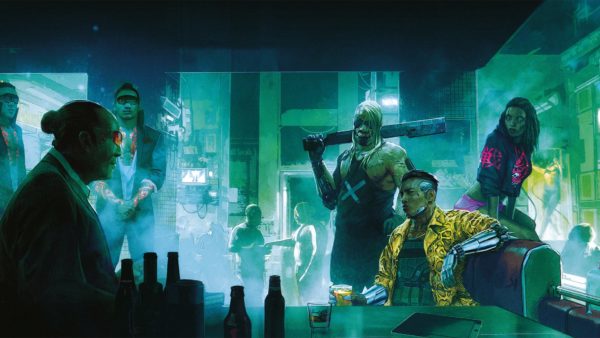 To learn more:
CD Projekt Red and the culture of crunch

Much of the video apology and FAQ clearly focuses on the present and the future of the game. His past has been talked about and will continue to be talked about, but it is now a curiosity for the players most interested in the behind the scenes of the industry. The player cares - and again, rightly so - first of all the game. And the game has already received three hotfixes before the end of the year, and according to the company's plans it should see the arrival of two bigger patches soon. After the release of these, while in parallel we will continue with other updates and fixes, they should arrive the first free DLCs and, in the second half of the year, the update for PS5 and Series X.

In all this, CD Projekt Red promises that there will be no more forced overtime. 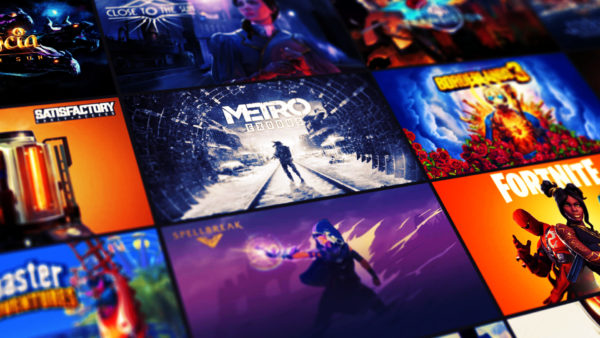 To learn more:
How is a video game developed?

Statement that would have more effect if they weren't words we have already heard by the mouth of the company itself, only to see them disregarded. Developing a video game it is not at all simple - as several insiders are telling us in podcasts - and perhaps for this reason we should stop trying to meet the public at all costs. Of course, we are connected to the narrative of the company that wants the trust of its players, which in and of itself is not a bad thing. Sony has been doing this since the birth of PlayStation.
But it was this desire to please the public at all costs that led Cyberpunk 2077 to crash into its launch. 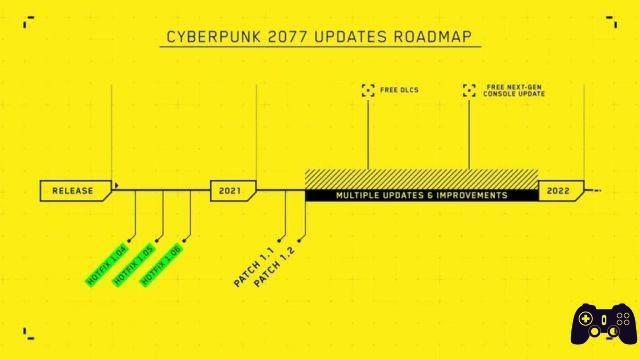 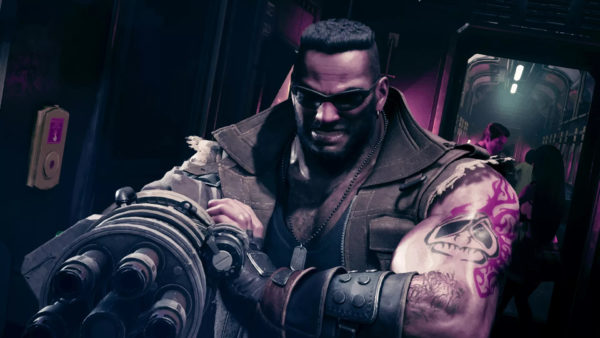 Incorrect video game:
If you haven't learned English in 2020, forget about video games

One final footnote. At the end of the video - and at the top of the article on the CDPR website that reports the faq - you will find a particular disclaimer. The company specified that its message was meant in English, and therefore only the English version respect their thinking 100%.

A sacrosanct stance, perhaps even a little taken for granted. But that tells very well what is the reality we live today: CD Projekt Red wants speak to his audience without intermediaries. In fact, without going through the various portals and video game projects that speak a language other than English, since a different translation or interpretation given to the same words could not be in line with what was said by CDPR. 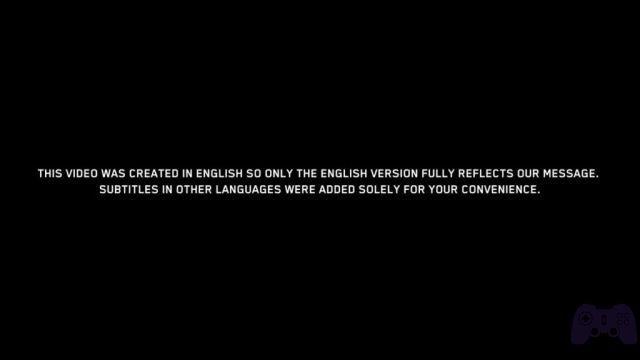 The disclaimer inserted in the apology video

It is not an attack on freedom of information (or of criticism, as in our case). But it certainly tells of a video game industry that is standing overcoming - or wants to overcome - certain mechanisms.

Which, for example, Fortnite has been doing for unsuspecting times.

Do you want to be a video game expert and know all the tricks, guides and reviews for your video games ? Holygamerz.com is a group of video game fanatics who want to inform you about the best tricks, guides and tips. We offer you the best information to be a reference in gaming, so here you can find guides, tricks, secrets and tips so you can enjoy your games to the fullest. Are you ready to get all the achievements of that game that you resist so much? Enter now and enjoy your favorite video game to the fullest!
News Nintendo Switch won't support Netflix for now ❯

News + How to become a game designer? Cyberpunk creator replies