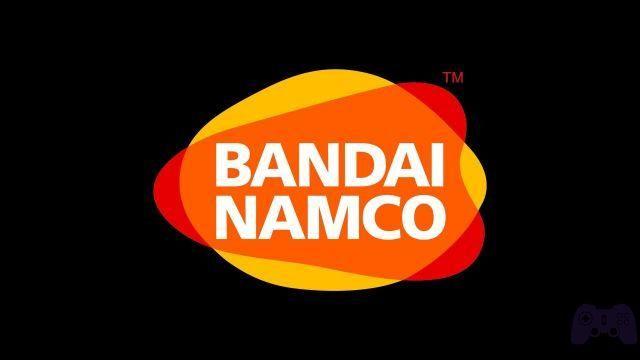 Bandai Namco announced a new strategic plan, named: "CHANGE for the NEXT"

The strategy consists of several changes in the company structure that will take place over the next three years, changing the organization and objectives. The main purpose is reinforce the previous approach "IP axis" to maximize existing intellectual property. In addition to this, the company aims to enhance its influence in the global market, including regions with high potential for economic growth, such as the China.

A "IP Creation Unit" it will be extracted from the SBU that deals with visual and musical productions, and will focus on creating new IPs.

Below, here are the graphs showing these changes: 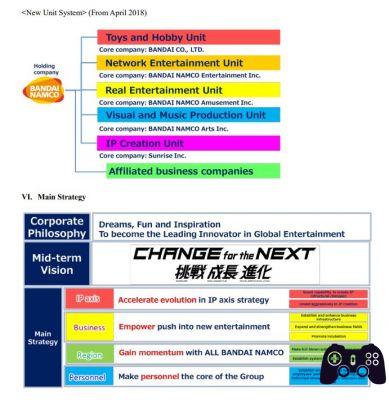 The "IP Creation Unit" will collaborate with all branches of the company, which wants to improve its technologies for production through large investments. Bandai Namco will work diligently on the creation of new IPs, with 25 billion additional yen dedicated to this mission. Big changes also in sight at the top of the company, with the CEO Shukuo Ishikawa who will become an external advisor.

As icing on the cake, Bandai Namco announced the its results for the last few months: the table shows really positive numbers for the company, which is growing year by year. 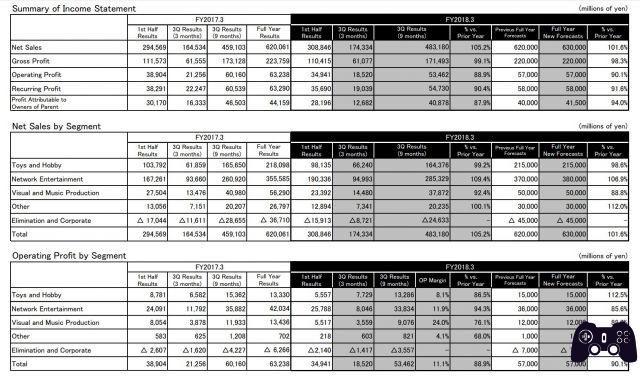 What do you think of these big changes in the Bandai house? For more updates, stay tuned.

Do you want to be a video game expert and know all the tricks, guides and reviews for your video games ? Holygamerz.com is a group of video game fanatics who want to inform you about the best tricks, guides and tips. We offer you the best information to be a reference in gaming, so here you can find guides, tricks, secrets and tips so you can enjoy your games to the fullest. Are you ready to get all the achievements of that game that you resist so much? Enter now and enjoy your favorite video game to the fullest!
SteamWorld Heist (PS4) review ❯

News Shenmue I & II: meet the protagonists of the saga in a video