One year after its release in stores, Naruto Shippuden: Ultimate Ninja Storm 4 receives its latest expansion: Road to Boruto which closes, for the moment, the ludic saga dedicated to the ninja of Masashi Kishimoto and developed by CyberConnect2. Distributed by Bandai Namco entertainment outside of the season pass and at a recommended price of € 19,99, Road to Boruto is a DLC that adds a new story mode and six characters to the already large roster of the main game. Everything is also available for purchase in a complete edition called Naruto Shippuden: Ultimate Ninja Storm 4 Road To Boruto - Complete Edition (€ 49,90) a much more advantageous price for those who have not yet recovered the title. Going in order, however, let's discover together the contents of Road to Boruto and if it's worth the expense. 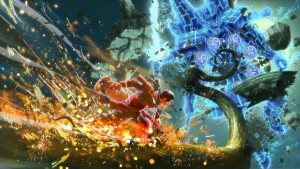 I don't want to become Hokage

Road of Boruto retraces the events of the animated film dedicated to the new generation of ninja: Naruto has been elected Seventh Hokage, replacing a Kakashi now retired after the last Ninja war. Sasuke explores the country to prevent threats that could disrupt the hard-won peace. Meanwhile, a new generation of chunin is preparing to take the Genin exam. Among these young ninja obviously Boruto, the son of the Hokage, who does not want to follow in his father's footsteps, and hates the blond protagonist for not being present at home; and Sarada, daughter of Sasuke and Sakura, but intent on becoming the eighth Hokage. The team closes with the young Mitsuki, whose parents' identity we don't want to reveal, in case you haven't seen the film. Obviously, the ninja of Konoha will have to face a new threat, intent on stealing Naruto's hunter.

This latest DLC for Ultimate Ninja Storm 4 manages to convey to the fan of the manga of Kishimoto, the same emotions felt while watching the film, with more than a wink towards the first historical and timeless first part of the series. Each event is reproduced almost entirely faithfully and some quick moments of the film are explored slightly longer. To complete the story of Road to Boruto it takes about 3 hours, while following you can complete some optional submissions (which we will deal with in the next paragraph).

Before focusing on the actual content, let's dismiss the gameplay issue: being an expansion of Ultimate Ninja storm 4, Road to Boruto does not change in any way what was seen last year, re-proposing team, single and giant combat mechanics with QTE, without any diversification. The six available characters obviously have their own signature moves, unique ninja arts and team combos, so as to fit into the already large roster of the main game. Unfortunately, although several enemies are faced during the story (including the two villains of the film) these have not been included among the available characters, leaving slightly displaced given their presence in the plot. 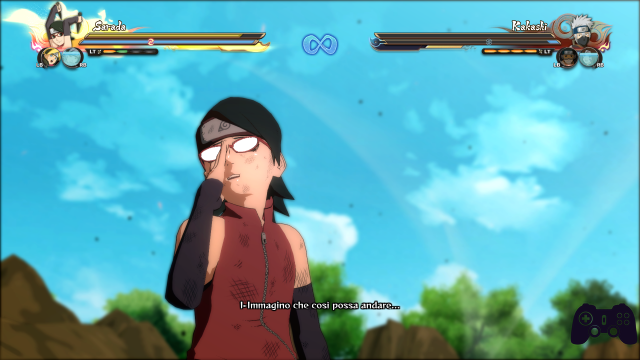 We mentioned the secondary missions that complete Boruto's adventure, and which should justify the additional time spent in the new Konoha. Unfortunately the two more full-bodied are also the less satisfying: in the first called "The ten assignments of Boruto"There are a series of objectives to complete, from completing other side missions, to talking to a certain number of NPCs, to completing the various difficulties of the Virtual Challenges, second full-bodied mission. And it is precisely here that we are faced with a series of challenges against the entire roster of Ultimate Ninja Storm 4, evidently put as a filler for expansion. The shorter secondary missions, on the other hand, are strangely the most successful ones of Road to Boruto, and allow you to control other characters in flashback battles that at the same time help the young Boruto to get to know his father better. Too bad they are unlocked only after the credits and can be counted on the fingers of one hand.

This is my Ninja belief

Visually, even this expansion of CyberConnect2 is flawless, managing not only to give life to the drawings of Kishimoto, but also to the depth of the animations of Road to Boruto. The only small flaw probably lies in the polygonal models of the inhabitants of Konoha, which are much simpler than the main characters in the ninja work. The supreme techniques are, once again, beautiful and capable of stirring up fans of Kishimoto's creature. The Japanese dub incorporates the voices of the animated production, while the entire title is fully translated and subtitled in Spanish. Closes a soundtrack that, as for the voices, goes to fish from the film with some song that accompanies the player as he crosses the village in the role of the young Boruto.


Verdict No No to mere expansion, Yes to full game Comment Don't be misled by the No that stands next to it (or above if you read us from mobile). Road to Boruto is a good expansion, with all the strengths (and weaknesses) of the base game. The negative vote refers to the purchase of this latest pack as DLC, for which € 19,90 and the choice to sell it separately from the season pass makes us turn up a bit, especially when a full version of the game is available in the shops original and other dlc's at just over double the price. So, if you're a fan of Kishimoto's Ninja and haven't bought Ultimate Ninja Storm 4 yet, throw yourself into the Complete Edition, you won't be disappointed. Pros and cons ✓ Visually successful
✓ It retraces and expands the events of the film
✓ Six new characters ... x ... But some excluded from the same film
x Dull side quests
x Excluded from the Season Pass

Do you want to be a video game expert and know all the tricks, guides and reviews for your video games ? Holygamerz.com is a group of video game fanatics who want to inform you about the best tricks, guides and tips. We offer you the best information to be a reference in gaming, so here you can find guides, tricks, secrets and tips so you can enjoy your games to the fullest. Are you ready to get all the achievements of that game that you resist so much? Enter now and enjoy your favorite video game to the fullest!
News + Video Game Therapy, psychotherapy with video games ❯

Life is Strange: Before the Storm review - Another story