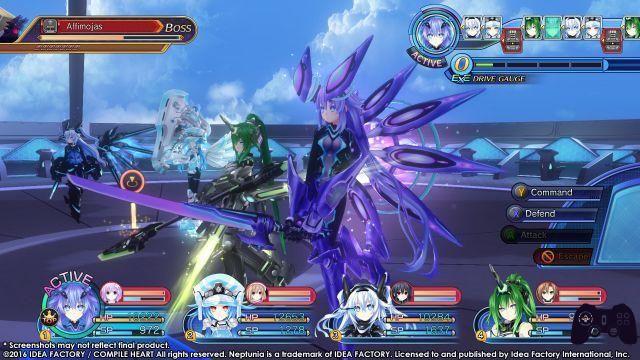 Following the publication on Steam of the main chapters of the series of Hyperdimension Neptunia and after having witnessed some of the spin-offs of the now famous saga, Idea Factory International completed the porting of Megadimension Neptunia VII. The title was originally released on the PlayStation 4 as a full-fledged sequel to Hyperdimension Neptunia Re; Birth 3, representing at the time the transition from one generation to another for our heroines.

A question of multiverses

As already mentioned above, Megadimension Neptunia VII starts from the events that stopped in Hyperdimension Neptunia Re; Birth 3. Neptune and Nepgear in the very early stages of the game will find a destroyed and abandoned console that will transport them to a new universe. Here you will find a devastated and abandoned Planeptune, with the only presence of Uzume, the only CPU left. The plot is divided into various narrative sections that serve to further mark the presence of the multiverses. In particular, we will find ourselves in front of three great narrative arcades, one for each dimension of interest (the Zero Dimension Hyperdimension and Heart Dimension), in which the control of different characters will alternate. Everything takes place as usual between continuous curtains, breakages of the fourth wall and the indefinable amount of fan service that has accustomed the audience of Idea Factory International's production.

The harder, the more grinding

One of the elements that unite the production of Hyperdimension Neptunia is the need for slow and exhausting grinding / farming sessions. In Megadimension Neptunia VII this aspect is even more accentuated, thanks to one greater difficulty that permeates the entire gaming universe. Previously, in fact, it was enough to exit the maze of turn or level up to restore one's energy resources, while this time it will be necessary to return to the city or rely on the limited recovery items. If we also consider the greater aggressiveness of the enemies present, the change ends up making it essential to pay greater attention to one's objects, forcing the player to longer grinding sessions and accompanied by numerous rescues. Collecting materials is also more difficult in principle, although a new feature will come in handy, described better below. 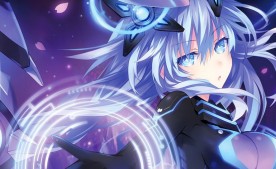 In general, however, there seems to be too much imbalance in the game's difficulty curve, with sections bordering on the impossible despite the extreme grinding and others so simple that they can be completed while remaining at apparently inadequate levels.

Not the usual more of the same

Megadimension Neptunia VII differs from previous chapters also for further changes to the game mechanics that, while not distorting the essence of the saga in any way, they finally manage to bring a breath of fresh air. The combos of our heroines will be regulated this time by the equipped weapon, which will grant a more or less high number of slots available for each type of attack. The EX gauge will fill up faster than before, giving you the ability to unleash powerful attacks, but you will no longer be able to keep it for the boss on duty, as it will reset to zero with each completed fight. To all this is added a new and further transformation for our goddesses, called Next Form, which further enhances Gamindustri's CPUs.

Stella's Dungeon also disappears, replaced by a Scout system which will provide several new functions. It will in fact be possible to send inhabitants of the Gamindustri population (among those discovered / obtained) in the various dungeons available. Each of them will guarantee some bonus / malus, such as the modification of the enemies present or a supplement to the experience obtained, with a system that remembers what has already been seen in Fairy Fencer F. At regular intervals, the Scouts can be called back home, bringing with them objects, game money, useful information for finding hidden treasures and / or new Scouts to be used. 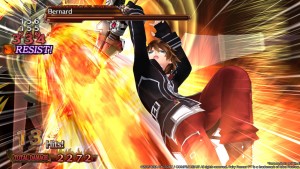 The generational leap that took place at the time between the chapters on PlayStation Vita and Megadimension Neptunia VII on PlayStation 4 is also evident in the Steam version of the game. The polygonal models are more detailed, as is the color palette which is now more varied and more "natural". The animations, however, remain on levels more or less similar to the old productions, with a quality that was and still is widely questionable.

The system requirements present on Steam could scare or desist from purchasing those users with not exactly modern and / or cutting-edge hardware. However, despite the presence of an nVidia GeForce GTX 960 in the recommended requirements, it takes much less to be able to run Megadimension Neptunia VII with a constant framerate of 60fps. In fact, in our configuration there was a nVidia GeForce GTX 580, not overclocked, with a request for resources always in the average and never approaching 100%.


The soundtrack remains at high levels, however, with the presence of a dubbing available in both English and Japanese, a definitely preferable choice thanks to the better accuracy of the voices that best suit our now beloved heroines.

Verdict 8/10 A waifu multiverse also on Steam Comment Megadimension Neptunia VII finally arrives on PC, transforming this port into a golden opportunity for those who have approached the saga through Steam. The fanservice is still omnipresent, but thanks to the renewed game mechanics it will be able to seem less "heavy" than the previous chapters did due to their extremely close release on the digital platform of Valve. Megadimension Neptunia VII also has a greater difficulty on its side which, although it can be solved / circumvented with hours of grinding, will guarantee a greater sense of challenge in the player, with less boring and more exciting fights. Pros and cons ✓ More complex plot
✓ Revamped game mechanics
✓ Greater difficulty
✓ Noticeable graphical improvements ... x ... but not enough
x Poorly calibrated difficulty
x Grinding needed
x Usual fan service
Do you want to be a video game expert and know all the tricks, guides and reviews for your video games ? Holygamerz.com is a group of video game fanatics who want to inform you about the best tricks, guides and tips. We offer you the best information to be a reference in gaming, so here you can find guides, tricks, secrets and tips so you can enjoy your games to the fullest. Are you ready to get all the achievements of that game that you resist so much? Enter now and enjoy your favorite video game to the fullest!
Preview I only want Cyberpunk 2077 ❯