Every week, in the last two generations, the digital market has been enriched with at least one new independent title on the market, the result of the hard work of small development teams capable of narrating their ideas in a few hours (not always succeeding). It is thanks to the indie landscape that the platform genre has been experiencing a second youth, ever since Super Meat Boy took the field with his perfect dose of wickedness and perfection. LaCosa Entertainment try to make your mark with Klaus, platform adventure available for the moment only on PlayStation 4 at a starting price of € 19,99 (will be published on PC by the summer), will they be successful? 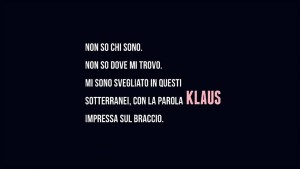 There is a Troll! In the dungeons!

Upon awakening in the red dungeons of an unknown building, Klaus finds himself controlled by a mystical entity (the player) and decides to join him to explore the cramped place. Klaus does not remember who he is, nor if that is his real name, he only knows that under the sleeve of his shirt he has a tattoo with those four characters. While climbing the different floors of the building, Klaus and the player will get to know K1, a thug with a simple mind able to punch his way through the mysteries that surround the plot of the title of LaCosa Entertainment. As the three progress through the building (6 floors total) all the nodes will come to a head, also and above all thanks to the collectible memories scattered in the ravines of each level. KLAUS tells its story through the words of Klaus himself who, in a similar way to Stealth Inc. 2, will be engraved on the walls of the levels, including jokes, geek references and breakages of the fourth wall, with the full awareness of being inside a video game.

Thanks to this stratagem, the plot of KLAUS, while not innovative or original, is perfectly narrated, transforming the player into a main pillar of the same, as importantly with Klaus and K1: making him a silent protagonist and at the same time a precious helper. in the climb of the mysterious building. Over the course of the approximately six hours of play (depending on the skill) there will be twists, analysis of free will, existence and moments in which will leave room for the feelings and emotions of Klaus' memories.
And the memories are the most engaging part of LaCosa Entertainment's production, as well as being necessary for reaching the True End of the game, they are able to offer some truly successful and convincing level design ideas. The only flaw is the inability to return to an old level (in case you missed a collectible) before having completed the main story at least once, and consequently unlocked the Arcade mode. 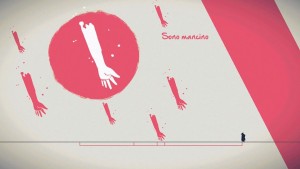 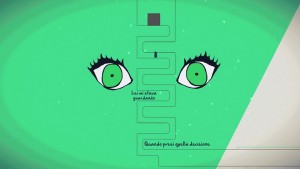 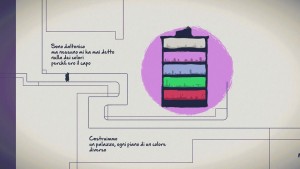 The Arcade mode will transform the screen into a cabinet, where the player can select the level to be faced at will, going in search of lost memories or engaging in arduous timed challenges. The latter are certainly the toughest part of the title, and do not admit the slightest mistake to be completed successfully.

KLAUS is a tiered platformer that challenges the player with simple and immediate gameplay for each of the three protagonists: both Klaus and K1 will be able to run with L1 and jump with X, the little guy will have a second jump in mid-air on his side, while the colossus can glide by pressing X a second time. K1 will also be able to give vent to his strength with square (and in combo with the left stick hit with an uppercut or a dunk) and Klaus will use the same key to hack the computers present and activate new passages, a triangle is instead entrusted with the change between one character and another while pressing circle in the shoes of K! we can throw Klaus in one of several directions. The player will be able to interact with the environment (platforms, switches) via the DualShock 4 touchpad. KLAUS manages to blend the gameplay of the three characters almost perfectly, dividing the different levels into rooms and offering both single phases and phases in which it will be necessary to control everything at the same time (pressing R1 will take possession of both characters on the screen), the only difficult moments that cannot be overcome with commitment, some launch sections result, with an aim of K1 sometimes too sensitive to the left analog stick. 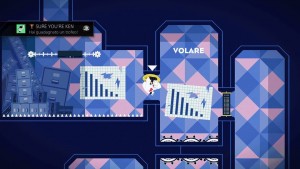 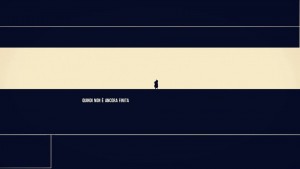 We have already talked about how the KLAUS level design is studded with interesting ideas that put the player in front of many different challenges depending on the theme of the plan (we have lasers, blades, electrified walls, and so on) but there are also sections truly ingenious as a whole level with reversed controls or one with altered gravity in perfect style VVVVV. But where LaCosa Entertainment has given its best, is certainly in Klaus' memories: real experiences lasting up to a couple of minutes that each time offer a completely distorted environment and play with the imagination (for example in one of these memories Klaus it will be a rotating blade, while the blades themselves will have the appearance of man). In general, the story mode of KLAUS does not offer particularly frustrating moments, especially for lovers of the genre, leaving the high level of difficulty to the aforementioned timed challenges.

So far we have talked about KLAUS as a platform with good ideas, leaving the intermediate images of the review to anticipate the strong point of LaCosa Entertainment's production. Each KLAUS environment is a feast for the eyes thanks to spot colors, plays of colors and shades that spray style from every pixel, especially in the aforementioned memories, the development team indulged itself with a whole palette of colors that can only leave you amazed. The minimalist electronic soundtrack of PixKong it is finally the final touch that allows KLAUS to stand out among the best independent products of recent years. The title is translated into excellent Spanish and there are no grammatical blunders of any kind.

Verdict 9/10 How can you trust someone who isn't wearing a shirt? Comment KLAUS was in effect the first surprise of this 2016. Technically among the best independent titles to exploit Unity, LaCosa Entertainment has managed to churn out a little platform gem, capable of convincing with a minimalist graphic style in 2D, and a plot well told (although already seen). If you are a fan of the genre and liked titles like VVVVV and Stealth Inc., don't be scared by the starting price, and throw yourself headlong into the adventure of Klaus and K1. In exchange, you will receive many beautiful ideas of level design and a title that finally uses the DS4 Touchpad in an intelligent way. Pros and cons ✓ Exceptional audio / video compartment
✓ Well calibrated difficulty curve
✓ Well told plot
✓ Lots of design ideas x Woody launch controls
x The price could be scary
Do you want to be a video game expert and know all the tricks, guides and reviews for your video games ? Holygamerz.com is a group of video game fanatics who want to inform you about the best tricks, guides and tips. We offer you the best information to be a reference in gaming, so here you can find guides, tricks, secrets and tips so you can enjoy your games to the fullest. Are you ready to get all the achievements of that game that you resist so much? Enter now and enjoy your favorite video game to the fullest!
Minecraft Story Mode: Season 2- Episode Four: Below the Bedrock review ❯

AquaNox Deep Descent Review: At the bottom of the sea no one can hear you scream.

Minecraft: Story Mode Episode One - The Order of the Stone review