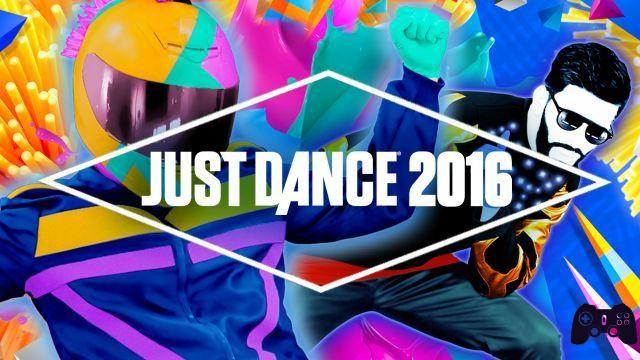 Punctual as Assassin's Creed, last October 23 it was released Just Dance 2016, the seventh main chapter of the Ubisoft ballerina series that has populated the living rooms of casual dancers since 2009. As with 2015, Just Dance 2016 is also available for Wii U, Wii, PlayStation 4, PlayStation 3, Xbox One e Xbox 360. Will this year's new additions be worth the purchase?

Texts of a certain level

Before dedicating ourselves to the modalities present in Just Dance 2016, it is a must to do the usual overview of the pieces and choreographies of this seventh chapter. The tracklist has 56 songs (some of which can be unlocked via uplay) and sees the presence of different genres and artists, including some fixed appearances such as Katy Perry (This is How We Do), i The Black Eyed Peas (I Gotta Feeling), Lady Gaga (Born This Way) e Nicki Minaj (Hey Mama), while the classic Disney after Nightmare Before Christmas, Aladdin and Frozen this year is dedicated to The little Mermaid (In Fondo al Mar) with a choreography to be performed seated, dance pieces such as Boys (Sabrina Salerno) and Hangover (Buraka Som Sistema) are added remixes of lyrical pieces such as William Tell or timeless classics such as Hit the Road Jack or mainly songs "Internet" like Levan Polkka (complete with a dancer dressed as Hatsune Miku) and videogames like the theme of Angry Birds.

Moving on to choreography, as has been the case for years now, we find songs designed specifically for multiplayer with two, three and four players: in which each skilled dancer will choose one of the characters on the screen and will have to follow its silhouette at the bottom right of the screen. Unfortunately, even in this version they are not very precise on the movements to be made, inevitably affecting the first performances of Just Dance 2016; furthermore, there is an increasing demand for useless and absurd movements, such as overturns and leapfrogs, which may very well not be performed by positioning the arm in the required position. Fortunately, most of the choreography is still fun and suitable for having fun in the evenings with friends.
Obviously the Dance Mash Up that mix the dancers from the old chapters to the new choreographies and always and only on Wii U la Master of puppets, renamed Dance Party Master, in which, as for three years now, the current song can be changed via Gamepad, forcing the other players to adapt to the new songs. 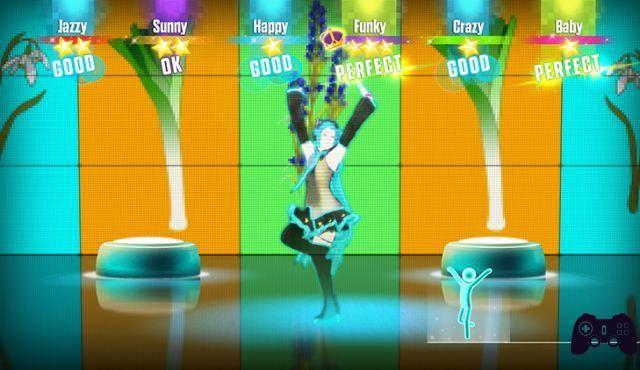 In the current-gen versions (PS4, One and Wii U), in addition to the motion controllers and Kinect which will allow classic four-player multiplayer, you can synchronize your smartphone and play with up to six players at the same time (space in the living room permitting).

Dance Party remains, also this year, the main mode of Just Dance 2016, with the classic challenges up to six players to whoever gets the highest score in the competitive mode, accompanied however by an absolute new entry, a co-operative mode that will see players helping each other in earning no more stars but precious gems; to bring home the loot, as usual, it will be necessary to perform the movements on the screen, the more players will succeed in the task the easier it will be to obtain the maximum result (and consequently the more you are the better ndGuido).
Even the Mode Sweat changes slightly, with the possibility of creating your own training playlists by choosing from the tracks of the chapter or from the catalog of theUnlimited (which we will talk about shortly) but as usual it will count the hypothetical calories lost by sweating and dancing. 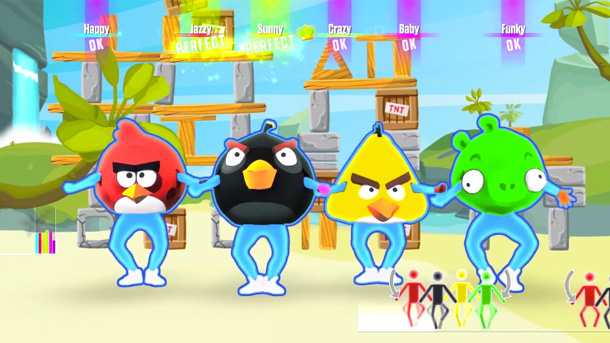 Dance Quest is the new addition of this seventh chapter, a new mode that is almost like a level adventure. Each Quest consists of three themed songs to perform in a row and unlocks exclusive avatars for the player profile. A fun mode, designed for the solitary dancer

(although it is still possible to face it in more players) which further increases the type of game you can face in this seventh chapter. Video World Challenge is the competitive online mode it replaces World Showfloor: no more online rankings with total ranks that were reset at random, but simple possibility to challenge a user who has uploaded his registration, trying to beat his score. A more minimal online and above all that does not need to find other players (quite complicated search in the last months of the life of Just Dance 2015). Unfortunately Show Floor was one of the most successful modes (charts aside) of the sixth chapter, and its absence will certainly be felt in the long run, especially for the actual longevity of the game. Closes the overview Show Time, in which players are invited to sing with on-screen lyrics and dance without choreography, while the Gamepad will capture the best moments by editing a random video at the end of the performance.

The most important news of Just Dance 2016 is certainly the subscription Unlimited: a special service with monthly subscription (€ 6,99), quarterly (€ 14,99) or annual (€ 39,99) that will allow access to over 150 songs plus all future exclusive DLCs of this seventh chapter. Just dance Unlimited is ideal for those who are approaching the brand now, while it is not very suitable for those who have all the old chapters in the library and who will subscribe only in case of extreme addiction to the Ubisoft dancer title.


Flying over the sound sector of Just Dance 2016, which we have already analyzed at the beginning, the Ubisoft title flows smoothly and without frame drops, giving a rainbow of colors as for seven years now. Among the costumes of the most successful dancers, in addition to the aforementioned Hatsune Miku, certainly John Travolta from You Are the One That I Want (Grease).

Verdict 8.5 / 10 But I wanted to be the usher Comment Just Dance 2016 is mainly dedicated to lovers of the series, enriching a tracklist now full of any genre with 56 other songs. The innovations introduced, among which the Co-operative stands out above all, manage to make this seventh chapter shine more than the previous ones, even with the Show Floor mode absent. Those who approach the Ubisoft dancer brand for the first time will be able to subscribe to an additional paid subscription to have access to over 150 songs from the old titles. Just Dance 2016 confirms itself as a valid casual title suitable for evenings with friends even in this new year (as long as you buy it for the current generation, otherwise you will find yourself in a game unfortunately maimed). Pros and cons ✓ Well implemented cooperative mode
✓ Just dance unlimited
✓ Suitable for everyone x Some sketchy silhouettes
x World Video Challenge not up to par with the World Dance Showfloor
x Castrated old-gen versions

Do you want to be a video game expert and know all the tricks, guides and reviews for your video games ? Holygamerz.com is a group of video game fanatics who want to inform you about the best tricks, guides and tips. We offer you the best information to be a reference in gaming, so here you can find guides, tricks, secrets and tips so you can enjoy your games to the fullest. Are you ready to get all the achievements of that game that you resist so much? Enter now and enjoy your favorite video game to the fullest!
Black Mirror Review ❯