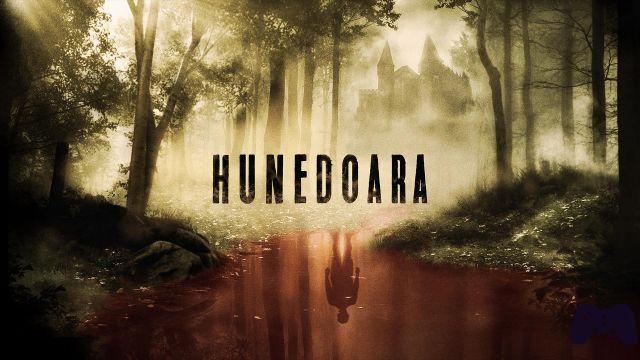 With Hunedoara the videogame makes tourism of anxiety.

Hunedoara. According to the Google SERP, at the moment, one of the 41 districts of Romania, located in the Transylvania of Vlad the Impaler - merged into the literary figure of Stoker's Dracula - and a tourist destination thanks to the Corvino Castle. And let's face it, the fact that a night in a hotel costs an average of € 31 certainly doesn't hurt. In short, read Hunedoara and think of everything but a video game.

Were it not that Hunedoara is actually also the name of a video game. Designed by the students of Videogames Academy and ended up under the wing of those Inition Publishing, old acquaintances on which we could spend a lot of (nice) words. But we might as well refer you to the episode of the dedicated podcast.

Hunedoara at first glance smacks of already seen. But for some reason, we were still impressed ... 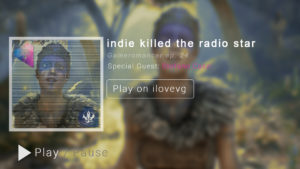 Incorrect video game:
Ep. 24: indie killed the radio star - Holygamerz Podcast Beyond all the romantic implications behind the story, Hunedoara strikes because the atmosphere hits the mark. The dynamics are those already seen (for example) in Slender: The Arrival or more distantly in Remedy's Alan Wake. But the atmosphere of the virtual Hunedoara and the villages surrounding the Corvino Castle returns anxiety. In the gameplay section that was shown to us behind closed doors, we saw the progagonist (the game is subjective) wandering around a village at night, trying to avoid the demonic creature that is hunting us and that we cannot fight in any way. . In this regard, specific reference has been made to the Alien in Alien Isolation.

Seeing more clearly about what is happening, immersed in a world suspended between the paranormal and real fear. While not directly playing the game, at a certain point, when the protagonist arrives in a house with walls covered with mirrors “why them [who? ed] cannot bear their reflected image "(so says a letter collected at the entrance), the tension rises and elafraid that something will happen, whatever, even the most vile and banal gimmick that leads to a jump-scare, is there. And it is a tension that does not abandon the experience until we leave the room and make the customary greetings, something that remains so impressed that we feel the need to talk about it. Not here, not now, with the spotlight to be (legitimately) on Hunedoara. But on our upside, not having to submit to any regime rule ...

From a technical point of view, it is difficult to give references

The build that was shown to us ran on PC, but we know - we have been told - that everything is being examined. The big added value will be Virtual Reality, both on the Master Race platform and on PlayStation 4, but the game should also arrive on One and Switch. And we took the liberty of asking whether it will support the VR Kit released by Nintendo with Labo, a curiosity we couldn't resist (and with which, in the end, we had already harassed some other indie developer). The answer? It is not excluded, although clearly the priority is to ensure a good performance of Hunedoara on Switch in "traditional" mode.

What we have seen works, of course; otherwise the atmosphere would not have seemed so functional to the genre and the experience behind the screen. Clearly it is a result to be contextualized to the budget allocated and the caliber of the project, as well as to be evaluated as a whole and not in a section chosen specifically for a closed-door test.


Comment Hunedoara impressed us. Because it is a laudable initiative by the Videogames Academy, and for this alone it should be supported a priori. Because Ignition Publishing has proved, with words and deeds, a solid reality in support of developers. And because despite what we have seen can be defined as a "derivative", to want to do videludic saccenteria at all costs, the whole convinces, captivates, restless. In short, we need to see more, maybe to host the developers in podcasts ... Pros and Cons ✓ Well rendered atmosphere
✓ Commendable initiative x It is early to say more

Do you want to be a video game expert and know all the tricks, guides and reviews for your video games ? Holygamerz.com is a group of video game fanatics who want to inform you about the best tricks, guides and tips. We offer you the best information to be a reference in gaming, so here you can find guides, tricks, secrets and tips so you can enjoy your games to the fullest. Are you ready to get all the achievements of that game that you resist so much? Enter now and enjoy your favorite video game to the fullest!
Tech iPhone X is tempting, and you should stop hatering ❯