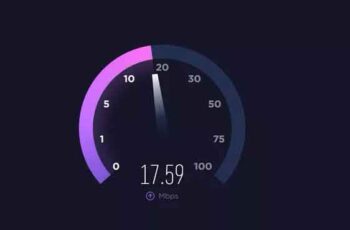 Sometimes when you download a file from the Internet, it takes a long time to download. In this case, it immediately occurs to you that Internet speed could be the problem. However, if it keeps happening very often, you should check your connection speed and even monitor it. But how is it done? In this post, we tell you how to check internet connection speed on Windows, Mac, iPhone and Android.


You can see the speed of the internet if you are having network problems or if you are thinking that your provider is not giving you a good connection speed, as it promised you. So, now you want to know how to see internet speed from PC and phone. But first, let's try to understand how internet speed is measured.

How to measure the speed of the Internet

The speed of the Internet can confuse users. If we had started our post directly with how to measure internet speed, you too would have thought your speed was wrong. But is not so. Once you understand how speed is measured, you'll stop cursing your internet service provider (ISP) for lying to you.


One would think that there should be no difference between the two. But this is wrong. There is a huge difference. The small b in Mbps stands for bit, while the capital B in MBps is Byte. The rest of the letters are the same i.e. M = mega, p = for example = seconds.

In technical terms, a bit is the smallest unit of data or memory. So, 8 bits make 1 byte. Alternatively, you can say that 1 byte has 8 bits. This means that 1MB = 8Mb. Therefore, your actual internet speed will be lower than that shown by your provider.

What is the difference between bits, bytes, megabytes, megabits and gigabits?

So, if your internet provider says you have an internet speed of 20 Mbps, you need to divide that by 8 to get the actual speed in MB. That is, 20 MBps ÷ 8 = 2,5 MBps. Your real download speed is 2,5 MBps. Put simply, the promised internet speed ÷ 8 = throughput.


If you want to convert the download or actual speed shown in MB to that offered by your provider, for example Mb, you need to multiply it by 8. So, throughput * 8 = Internet speed. In fact, both speeds are the same. The difference is in the way they are shown.

Most speed meters show the speed in Mbps. But if you are using a download manager, you will need to convert the speed in MB to get the real result. Simply put, the higher the number of Mb / s, the faster your internet connection will be.

Now that you know how internet speed is calculated, it's time to measure it.


How to measure internet speed on PCs and mobile devices

Knowing the speed of the internet is easy. You can do this via online tools using a browser or download an app. In the first case, all you have to do is open any browser on your computer or mobile. Then, visit a speed test site. Some of the best sites are:

For simplicity, let's take the case of the Speed ​​Test site. Hit the Go button to start the process if it doesn't start automatically. On some websites, you will see the Start or Begin buttons.

Wait a minute or two until the website completes the test. You will be shown the results consisting of download and upload speeds.

You can also search for “check your internet speed” in Google and a Google speed test tool will appear. Click or tap Run Speed ​​Test.


In case you want a dedicated app to measure internet speed, you can download the following apps.

Note that when using a tool to test the connection speed, it will test the speed for the currently connected network. That is, if you are on WiFi, its speed will be determined. In case you want to check the speed of your mobile data, turn off the WiFi.

To get the best results from your internet speed test, make sure to stop all monopoly apps on the network such as online streaming apps like Netflix, Torrent or any other download in progress. You should also measure at different times of the day to get an average speed.

How to convert EXE to APK ❯