How big will the GTA 6 map be? Here's an estimate 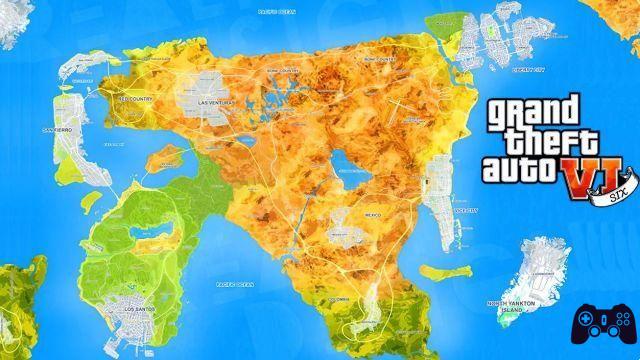 The GTA 6 leak it will surely remain engraved in the memory of the players and in the history of the industry. In addition to having indirectly confirmed some leaks, someone took the opportunity to make an estimate of the game map, which already promises to be much larger than that of the previous chapter, which debuted in 2013 but which still sells like hotcakes today , so much so that it has earned an exit (the third, to be exact) on PS5, Xbox Series S and Xbox Series X.

The work to find out (or rather, make an estimate) The GTA 6 map size is the result of the Grand Theft Auto community. The various coordinates have been taken and superimposed on the map of the old chapter, anticipating a much larger dimension than the previous one. A work that however obviously leaves doubts, above all related to the actual game area and obviously the composition of Vice City, the city in which this new iteration of the series will be set.

If it is true that we have become aware of some infrastructures, routes and play areas, it is also true that we do not know how everything will be integrated into the game. For example, Rockstar Games could return to a structure that was seen with the chapters on PS2 and PS3, therefore with a zone structure, perhaps accessible immediately or continue with the road already traveled with GTA 5, or a single map. There are many doubts about it and it is clear that this comparison (visible on Reddit) can only have a speculative purpose rather than a real one.


GTA 6 does not yet have a release date. The game has also yet to be officially announced and the hope of the community is that this can happen as soon as possible. On the other hand, 9 years after the release of the last chapter, it seems clear that there is a desire for a new Rockstar Games-style adventure.

add a comment of How big will the GTA 6 map be? Here's an estimate