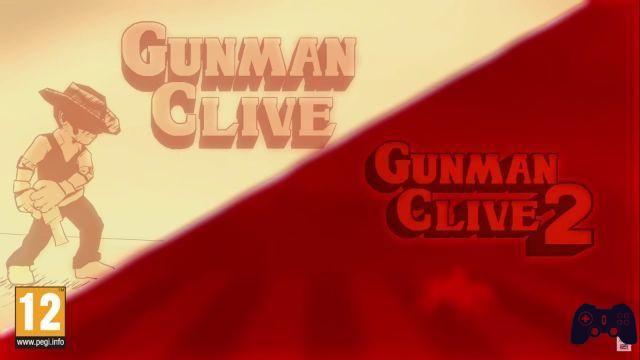 Last February we told you about Gunman clive 2, followed for 3DS (and later for PC) of the 2012 title, fully developed by Bertil Hörberg and sold at a negligible price (€ 1,99 and € 2,99) compared to the gaming experience that was granted. After some rumors that wanted the arrival of the second episode also on Wii U, Bertil confirmed the release of a collection of both titles on the Nintendo home console: Gunman Clive HD Collection is available from 3 September at a price of € 3,99.

Cowboy vs Alien vs Dinosaur vs Robot

The first Gunman Clive begins with the kidnapping of Ms Johnson by the bandits, in full Super Mario style, with our brave Cowboy engaged in a chase on horizontal scrolling levels by shooting and dodging enemy bullets like a new Mega Man and facing from Transformer locomotives to crazed aliens to save her beautiful. In the second episode, Hörberg he dares much more, taking Clive on a journey around the world and making him face any type of opponent from giant fish with machine guns, to gentlemen with monocles, even passing from a terrible tyrannosaurus, while alternating between 2D levels and levels in flight like Starfox , where the Cowboy will have to avoid obstacles and, as in the rest of the title, take out opponents without getting hit. 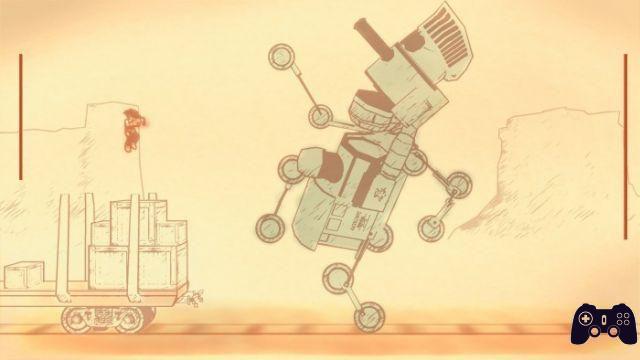 The levels are all different from each other and offer different goodies and gameplay situations, in the first episode it is necessary to mention the level on the cart (in complete Donkey Kong Country style) or the one riding the rocket that requires clive to shoot the huge asteroids reducing them in size; In Gunman Clive 2 we find instead many more options scattered throughout the 25 total levels, from a ride on the saddle of a panda chased by a circular saw, up to a level in flight to a pterodactyl. But the real protagonists are certainly the bosses: each original and well studied, they certainly represent the flagship of the two works of Hörberg. 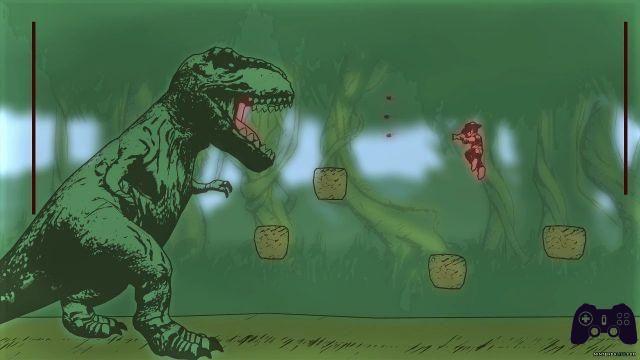 We also complained about it in February: Clive's most vicious and vicious opponent is not the ten-meter-tall dancing robot, nor the bouncing alien spacecraft, but his own. limited duration. Each of the levels, of both titles, can be completed in less than a minute if you are an expert in the genre, but will keep you busy a little longer thanks to the general difficulty of the title: if the platforming sections are affordable (except for the level with the mushrooms of the first chapter) the absence of checkpoints will be felt during the boss fights and the final levels of each episode.

In addition to Clive and his trusty gun, the two titles can also be faced as Miss Johnson that with a role reversal in the first episode she will have to save Clive from bandits, armed with pisola and her trusty lace skirt, which will allow her to glide for a few seconds by holding down the jump button; of Chieftain Bob, Indian chief armed with a spear who prefers hand-to-hand combat to firearms, introduced in the second chapter last February, and who, like Miss Johnson, will try to save the Cowboy from bandits by becoming also usable in the first Gunman Clive, in one of the few novelties of this collection; finally, once the adventure is complete, you will have the Gosling, protagonist of the Duck Mode (which in English also means dodging) which will require the player not to get hit by the opponents and arrive safe and sound at the end of the level with the feathered protagonist.


For those who missed it earlier, Gunman Clive is now out on the WiiU, in more ways than one pic.twitter.com/I0V9qp6O6L

I have a snake in the HD boot

Gunman Clive HD Collection re-proposes both episodes in Full HD, giving the necessary emphasis to the colors much more than 3DS could do. The two titles thus show themselves at their best, both visually and technically, guaranteeing one of the best 2.5D indie titles available on Wii U. The graphic style of Clive and associates comes to life from the designs and shades used by Horberg, transforming every animation in an animated drawing that is pleasant to see and full of charisma. The soundtracks, both made by Arne Hörberg, Bertil's brother, remain rooted in the brain and give the spaghetti western atmosphere to both titles, not forgetting to change genres in the second, especially when you go to face the aforementioned dinosaur or the final boss.


Verdict 9/10 Bang Bang! He shot me down! Comment Gunman Clive HD collection manages to give one (two) great videogame experience at a low price, replayable in three difficulties and full of really funny and amazing moments if you think that Hörberg has made it all by himself. The brother manages to give his contribution with a sequence of successful and impactful tracks that make this collection a necessary presence in the virtual libraries of Wii U. Unfortunately the two titles have only undergone a graphic upgrade (and the presence of Chieftain Bob in the first chapter) and therefore may not be a priority for those who have already purchased them on 3DS. Pros and cons ✓ Solid gameplay
✓ Outstanding graphic style
✓ Low price
✓ Perfect OST x Few extras compared to the original versions
x Damn short

Do you want to be a video game expert and know all the tricks, guides and reviews for your video games ? Holygamerz.com is a group of video game fanatics who want to inform you about the best tricks, guides and tips. We offer you the best information to be a reference in gaming, so here you can find guides, tricks, secrets and tips so you can enjoy your games to the fullest. Are you ready to get all the achievements of that game that you resist so much? Enter now and enjoy your favorite video game to the fullest!
Final Fantasy XIII review ❯