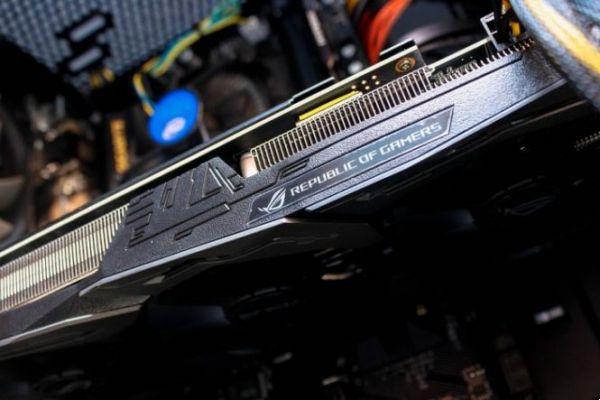 
HDD vs SSD: differences and advantages of both types of hard drives >>

However, you need to take a few things into consideration if you do this or you might end up with a burned out GPU. This manipulation will boost the hardware to its limit, being careful. It doesn't matter if your graphics are Directx 11 or Directx 12 compatible, the GPU always remains the most important component for gaming performance.

Use graphics card software or third party software for overclocking?

Previously Nvidia and AMD offered their own tools to increase clock speed. But nowadays it is possible to overclock the graphics card via third party software.

Obviously, theUsing third party software has the advantage of being able to customize the overclocking of the video card and get the most out of it. But if you're not comfortable with the setup, do some testing and take some time. It is best to let the graphics software do it. In fact, most modern graphics cards will automatically run it when needed.


Overclocking of a graphics card

The truth is that it is very easy to overclock the graphics card, you just have to be careful and have a lot of patience.

Follow this tutorial on your own responsibility, you understand that it can generate problems with the hardware of your device.

While to overclock the CPU it is necessary to manipulate the BIOS and do some mathematical calculations. For to overclock the GPU, software is required. Generally, MSI Afterburner or EVGA Precision are used, although most manufacturers provide their own software.

However, MSI Afterburner is an excellent option. Since it allows to monitor a comparative evaluation through several tables and it also overlaps in the game to check performance. This way you can get the most out of your video card and compare it to how fast it was when it left the factory.


Enable monitoring (in the case of Afterburner)

Once Afterburner is installed, the first thing to do is enable in-game overlay and monitor fps.

Test the speeds before overclocking

Now we need to get clear results and see if the graphics card works. For this you can use the desired game (more challenging and with more configurations is better). This is just for reference and comparing it to the results after overclocking.

Increase the power of the video card

Well, now let's move on to the interesting side which is overclocking. Close the game and go back to the desktop, open Afterbuning MSI, what you need to do is it will increase the clock power and voltage limit.


For this it is necessary to move the cursor as much as possible. That is allows the video card to use full power, which will be greater than the default configuration

You can search the internet a little for people who have overclocked the same model as your card, but avoid those settings. The best thing is to create your own configuration, you need to start little by little, from the lowest and gradually increase the speed until it starts to give unwanted results.


That is, if you go over the limit, the picture may start to look ugly. Then you should lower the clock speed a bit until the GPU remains stable. For example, a Geforce GTX 970 can boost its clock up to 180 MHz more while remaining stable at 1508 MHz.

Temperatures play an important role in overclocking. If you do not pay attention to the temperature of the video card, it is possible to burn it, the ambient temperature is also a variable that affects. So it's best to try each change a little at a time and avoid damaging the component.

After you have overclocked you need, you have to click on verify and test a game to see how it works. It might be a good idea to create overclock profiles, then have one for each game.

Wireless router, what it is, how it works, how to set it up and more >>

You have forgotten the Child Mode PIN on your Samsung Galaxy ❯